Algae are divergent organisms having a wide variety of evolutional histories. Although most of them share photosynthetic activity, their pathways of primary carbon metabolism are rather diverse among species. Here we developed a method for gas chromatography-mass spectroscopy (GC-MS) based metabolite profiling for the coccolithophorid alga Emiliania huxleyi, which is one of the most abundant microalgae in the ocean, in order to gain an overview of the pathway of primary metabolism within this alga. Following method optimization, twenty-six metabolites could be detected by this method. Whilst most proteogenic amino acids were detected, no peaks corresponding to malate and fumarate were found. The metabolite profile of E. huxleyi was, however, characterized by a prominent accumulation of mannitol reaching in excess of 14 nmol 106 cells−1. Similarly, the accumulation of the 13C label during short term H13CO3− feeding revealed a massive redistribution of label into mannitol as well as rapid but saturating label accumulation into glucose and several amino acids including aspartate, glycine and serine. These results provide support to previous work suggesting that this species adopts C3 photosynthesis and that mannitol functions as a carbon store in E. huxleyi. View Full-Text
Keywords: coccolithophorid; Emiliania huxleyi; metabolite profiling; GC-MS; primary carbon metabolism; mannitol; isotope labelling coccolithophorid; Emiliania huxleyi; metabolite profiling; GC-MS; primary carbon metabolism; mannitol; isotope labelling
►▼ Show Figures 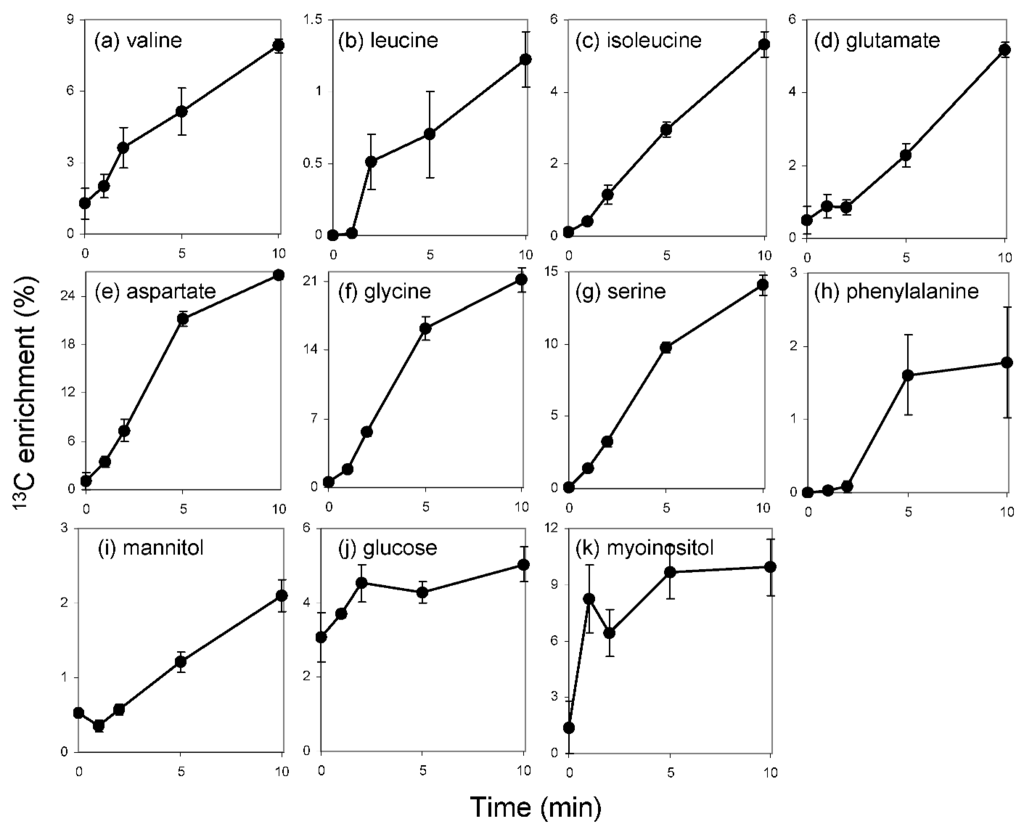