In animals, cobalamin (Cbl) is a cofactor for methionine synthase and methylmalonyl-CoA mutase (MCM), which utilizes methylcobalamin and 5′-deoxyadenosylcobalamin (AdoCbl), respectively. The cblA complementation class of inborn errors of Cbl metabolism in humans is one of three known disorders that affect AdoCbl synthesis. The gene responsible for cblA has been identified in humans (MMAA) as well as its homolog (meaB) in Methylobacterium extorquens. Recently, it has been reported that human MMAA plays an important role in the protection and reactivation of MCM in vitro. However, the physiological function of MMAA is largely unknown. In the present study, we isolated the cDNA encoding MMAA from Euglena gracilis Z, a photosynthetic flagellate. The deduced amino acid sequence of the cDNA shows 79%, 79%, 79% and 80% similarity to human, mouse, Danio rerio MMAAs and M. extorquens MeaB, respectively. The level of the MCM transcript was higher in Cbl-deficient cultures of E. gracilis than in those supplemented with Cbl. In contrast, no significant differences were observed in the levels of the MMAA transcript under the same two conditions. No significant difference in MCM activity was observed between Escherichia coli that expressed either MCM together with MMAA or expressed MCM alone. View Full-Text
Keywords: cobalamin; Euglena gracilis; methylmalonyl-CoA mutase; MMAA; vitamin B12 cobalamin; Euglena gracilis; methylmalonyl-CoA mutase; MMAA; vitamin B12
►▼ Show Figures 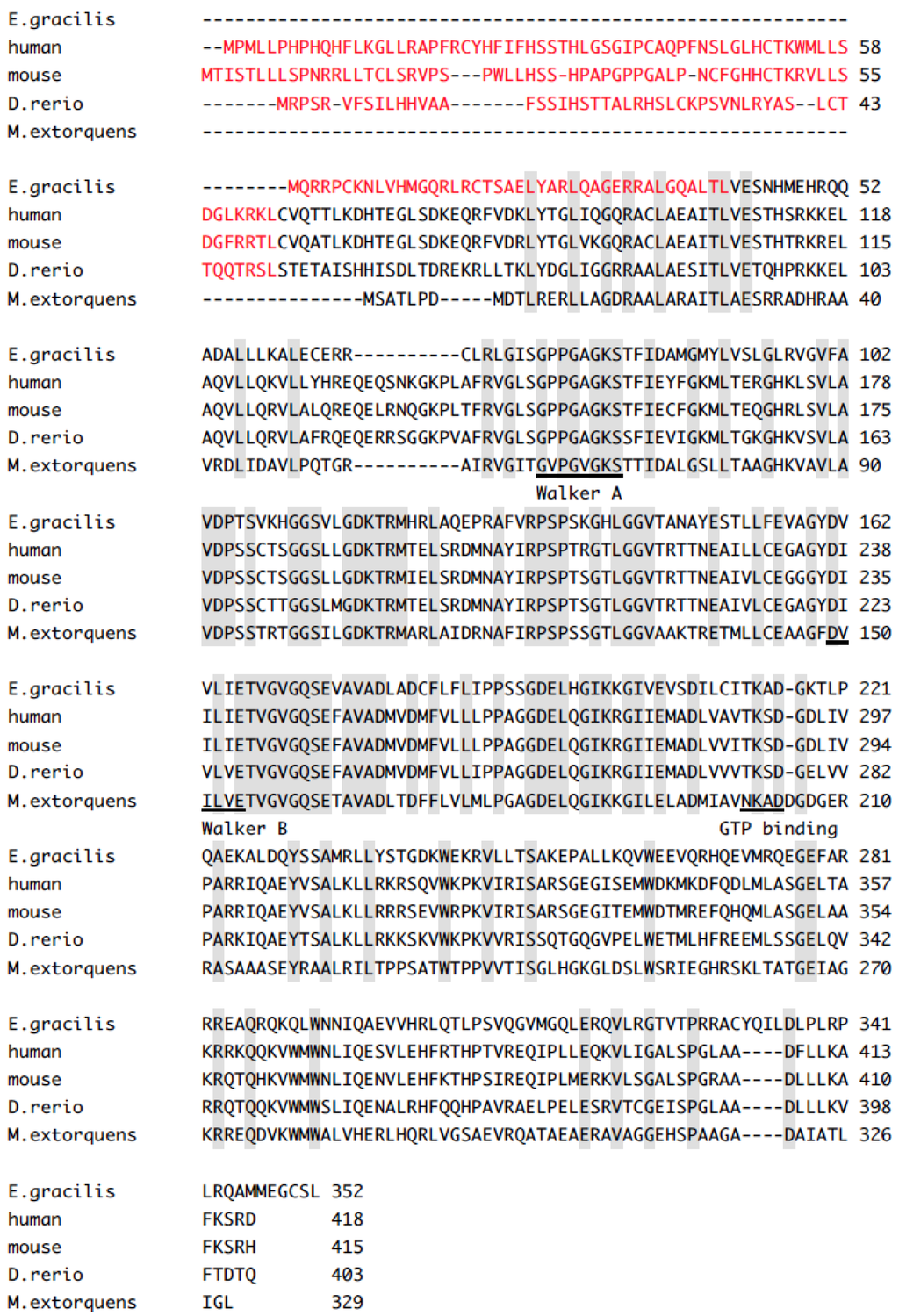