The essential oil of Massoia (Massoia aromatica Becc., Lauraceae) bark is a potential immunomodulator in vitro. This study evaluated the potential immunomodulatory effects of Massoia bark infusion on the nonspecific immune response (phagocytosis) of Wistar rats. For the in vitro assay, macrophages were treated with the freeze-dried infusion at the concentrations of 2.5, 5, 10, 20, or 40 µg/mL media. For the in vivo assay, two-month-old male Wistar rats were divided into five groups. The baseline group received distilled water at the dose of 1 mL/100 g body weight (BW), with the herbal product containing Phyllanthus niruri extract that was administered as the positive control at the dose of 0.54 mL/rat. The treatment groups received the infusion at a dose of 100, 300, or 500 mg/100 g BW. Treatments were given orally every day for 14 days. The ability of macrophage cells to phagocyte latex was determined as phagocytic index (PI), and it was observed under microscopy with 300 macrophages. The in vitro study revealed that the phagocytic activity of the infusion-treated macrophages significantly increased in comparison with that of the control macrophages in a concentration-dependent manner. Among all of the treatment concentrations, the concentration of 40 µg/mL provided the highest activity with a PI value of 70.51 ± 1.11%. The results of the in vivo assay confirmed those of the in vitro assay. The results of the present study indicate that Massoia bark can increase the phagocytic activity of rat macrophage cells. View Full-Text
Keywords: immunomodulatory; Massoia aromatica Becc.; macrophage phagocytosis immunomodulatory; Massoia aromatica Becc.; macrophage phagocytosis
►▼ Show Figures 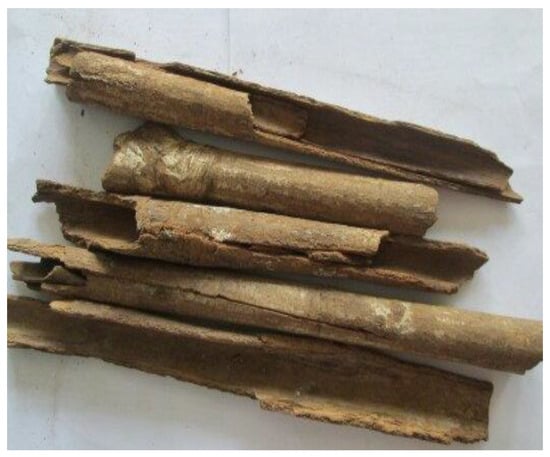