Antenna Arrays for Line-of-Sight Massive MIMO: Half Wavelength Is Not Enough
Previous Article in Special Issue

In this paper, we present our results on the formal reliability analysis of the behavioral correctness of our cognitive middleware ARMET. The formally assured behavioral correctness of a software system is a fundamental prerequisite for the system’s security. Therefore, the goal of this study is to, first, formalize the behavioral semantics of the middleware and, second, to prove its behavioral correctness. In this study, we focus only on the core and critical component of the middleware: the execution monitor. The execution monitor identifies inconsistencies between runtime observations of an industrial control system (ICS) application and predictions of the specification of the application. As a starting point, we have defined the formal (denotational) semantics of the observations (produced by the application at run-time), and predictions (produced by the executable specification of the application). Then, based on the formal semantices, we have formalized the behavior of the execution monitor. Finally, based on the semantics, we have proved soundness (absence of false alarms) and completeness (detection of arbitrary attacks) to assure the behavioral correctness of the monitor. View Full-Text
Keywords: run-time monitoring; security monitor; absence of false alarms; ICS; CPS run-time monitoring; security monitor; absence of false alarms; ICS; CPS
►▼ Show Figures 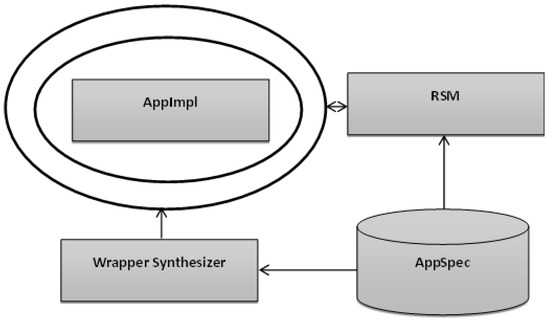