This study was carried out over a period of 3 months (July–September 2020) in tandem with general clinical practice. All participants gave their informed consent for inclusion before participating in the study. The study was conducted in accord with the Declaration of Helsinki, and the protocol was approved by the Ethics Committee of the National Center for Geriatrics and Gerontology (IRB approval number 1405).
Six elderly individuals (≥65 years in age, ranging 65–81; 5 female and 1 male) were recruited. All participants were patients with NSLBP who lasted over 3 months and who visited the hospital in Aichi Prefecture for orthopaedic treatment. NSLBP was accurately diagnosed by a spine surgeon (Y.S.). NSLBP was evaluated using the visual analogue scale (VAS) and Roland–Morris disability questionnaire (RDQ). The VAS is presented as a 10-cm line, anchored by verbal descriptors, ranging from “no pain, 0” to “worst imaginable pain, 10.” The RDQ is a self-administered measure in which physical disability levels caused by NSLBP are reflected by higher numbers on a 24-point scale [29]. Patients with the following characteristics were excluded: paralysis, astasia, spinal cord tumour, spinal infection, and history of spinal surgery. The demographics of all individuals are presented in Table 1.

The experiment was divided into three phases (Figure 2). The methods and processes used in each phase are presented below. It was confirmed that the participants experienced no pain during the measurements.

2.3.1. Evaluation of RPW before Activation

During this phase, proprioceptive control strategies during sweep frequency (Figure 3) vibratory stimulation were evaluated by calculating the RPW. First, the experimental method is described. The CoP during postural sway was measured while the participants stood barefoot on the Wii Balance Board with their eyes closed and feet together. The participants were instructed to remain still and relaxed in a standing position with their arms hanging loosely at their sides. To prevent injury from a fall during measurements, two researchers stood on both sides of the subject who had both eyes closed. The researchers focused on whether the subject was likely to fall and provided support if the subject began falling. As the vibration frequency, a sweep frequency (Figure 3) developed by our group was used [33]. The vibration was continuously changed from 27 to 272 Hz (frequency ascend mode) or 272 to 27 Hz (frequency descend mode) for 60 s, thus covering the response frequency ranges of the two proprioceptors. The relationships of the sweep frequency between frequency f(t) and measurement time t are shown in Equations (1) and (2). The coefficient a (1/s) was determined such that the frequencies at t = 15 and 75 s were set to 27 and 272 Hz in frequency ascend mode, respectively. Thus, coefficient a (1/s) was found to be 0.03851. Furthermore, the frequency descend mode had the same frequencies at t = 15 and 75 s (272 and 27 Hz, respectively).
The measurement procedure consisted of two conditions that provided vibratory stimulation, i.e., GS and LM. The time needed for one condition was 75 s and was divided into two sections. The first 15 s and last 60 s sections are referred to as Pre- and Dur-sections, respectively. During the Pre-section, the participants closed their eyes. In the Dur-section, local vibratory stimulation was applied to the GS or LM of the participants with their eyes closed. The ascend or descend sweep frequency mode was randomly determined for each subject. A rest interval of 60 s was maintained between the conditions. During this time, each participant sat in a chair and remained at rest.
Second, the data analysis method is explained. Proprioceptive control strategies were evaluated from the CoP data while the vibratory stimulation was applied. Furthermore, the CoP data divided the Dur-section into three evaluation sections (ESi, i = 1, 2, 3) determined according to the frequency of vibratory stimulation and the response frequencies of the proprioceptors. Table 2 lists the names of each ES, the frequency of the local vibratory stimulation, and the corresponding proprioceptors. Each ES was determined from Equations (1) and (2) such that the measurement time for each section was 15 s because 15 s of data are generally used to evaluate the CoP displacement [1,11,14].
The CoP displacement in the anteroposterior direction was only considered because previous studies showed that a relationship exists between CoP displacement in an anteroposterior direction and the response of the proprioceptors to local vibratory stimulation [21]. Previous studies used the RPW and the root mean square (RMS) of the GS and LM as evaluation indexes to evaluate the proprioceptive control strategy and the magnitude of CoP in an anteroposterior direction [1,11,14,33]. RPW was calculated using Equation (3). where subscript i is used to distinguish the ESs. The higher the value of from 50% to 100%, the higher the reliability of the GS input. By contrast, the lower the value of is from 50% to 0%, the higher the reliability of the LM input [14]. The value of indicates the effective value of the magnitude of CoP in an anteroposterior direction. In each ES in the Dur-section, the larger the RMS is, the higher the amount of transition of postural sway in the anteroposterior direction compared to that in the Pre-section. The values of are calculated using the following: where N is the total number of samples of each ES; n is the number of data series; is the CoP in the anteroposterior direction in the Dur-section; is the mean value of CoP in the anteroposterior direction in the Pre-section; the superscript “∗” is used to distinguish the stimulation body locations, namely, the GS or LM; subscript numbers are used to distinguish the ESs. GS or LM is inserted into three superscripts of one equation and they are not mixed in one equation. In this case, N was equal to 1500 because all ESs were analysed in 15 s and the sampling frequency was 100 Hz. Table 3 shows the number of data series corresponding to the start and end frequencies of ESi in the case of frequency ascend and descend modes. In the ascend and descend modes, the numbers of sampling series n corresponding to measurement time t were calculated using Equations (1) and (2) to obtain the start and end frequencies of each ES, respectively, as shown in Table 2. These values were calculated using MATLAB (MathWorks, Inc., Natick, MA, USA).

2.3.3. Evaluation of RPW after Activation

During this phase, proprioceptive control strategies during a specific sweep frequency (Figure 5) vibratory stimulation were evaluated by calculating the RPW. First, the experimental method is described. A rest interval of 2 min was maintained before evaluation of RPW after activation with reference to a previous study [34]. During this time, each participant sat in a chair and remained at rest. In addition, the RPW was measured again while the local vibratory stimulation was applied to the GS or LM along with the evaluation phase of RPW prior to activation. As the vibration frequency, a specific sweep frequency (Figure 5) was used to evaluate the RPW of only the poor proprioceptor. The vibration was continuously changed for 15 s, covering the response frequency range of the poor proprioceptor. The reason why only poor proprioceptors were evaluated again is to reduce the physical burden on the subject by reducing the measurement time. The measurement time was shortened by 45 s from 75 to 30 s by evaluating only the poor proprioceptor. According to which proprioceptor is declined, the relationships of the sweep frequency between frequency f(t) and measurement time t are shown in Equations (11)–(16), respectively. The coefficient a (1/s) was found to be 0.03851 as well as Equations (1) and (2). In addition, either the ascend or descend sweep frequency mode was used. The mode was the same as the mode used in the phase of evaluation of the RPW before activation for each subject.
Second, the data analysis method is described. Here, and are calculated using Equations (3) and (7), respectively. In addition, the RMS is calculated using Equation (17). where the subscript i is used to distinguish the ES of the poor proprioceptor, N is the total sampling number of each ES, n is the number of data series, is the CoP in the anteroposterior direction in the Dur-section; is the mean value of CoP in the anteroposterior direction in the Pre-section; the superscript “∗” is used to distinguish the stimulation body locations, namely, the GS or LM. GS or LM is inserted into three superscripts of one equation and they are not mixed in one equation. In this case, N was equal to 1500 because all ESs were analysed in 15 s and the sampling frequency was 100 Hz. In addition, and were equal to 1500 and 3000 because the Dur-section was 15–30 s. These values were calculated using MATLAB (MathWorks, Inc., Natick, MA, USA).
Finally, we compared the proprioceptive control strategy before and after applying local vibratory stimulation to the poor proprioceptor.

All analyses were conducted using IBM SPSS statistical software (Version 25.0; IBM Co., Armonk, NY, USA). The frequency ascend and descend mode groups were combined into a population of for a statistical analysis to eliminate the order effects owing to the applied vibration. Data are expressed as mean values and standard deviations for patients with NSLBP. First, these data were analysed to investigate whether they were normally distributed using the Shapiro–Wilk test. Variable data of were compared before and after the local vibratory stimulation on the poor proprioceptor using the independent t-test if both the compared data were normally distributed. In the statistical analysis, p < 0.05 (*) was considered statistically significant.

The study was conducted according to the guidelines of the Declaration of Helsinki, and approved by the Ethics Committee of the National Center for Geriatrics and Gerontology (IRB approval number 1405).

All of the relevant data are presented within the manuscript. All data are available from the authors on request.

The authors thank the staff, teachers, and principals in the Department of Orthopedic Surgery, National Center for Geriatric and Gerontology, and Nagoya Heisei College of Nursing and Medical Care for their help with the participant recruitment. 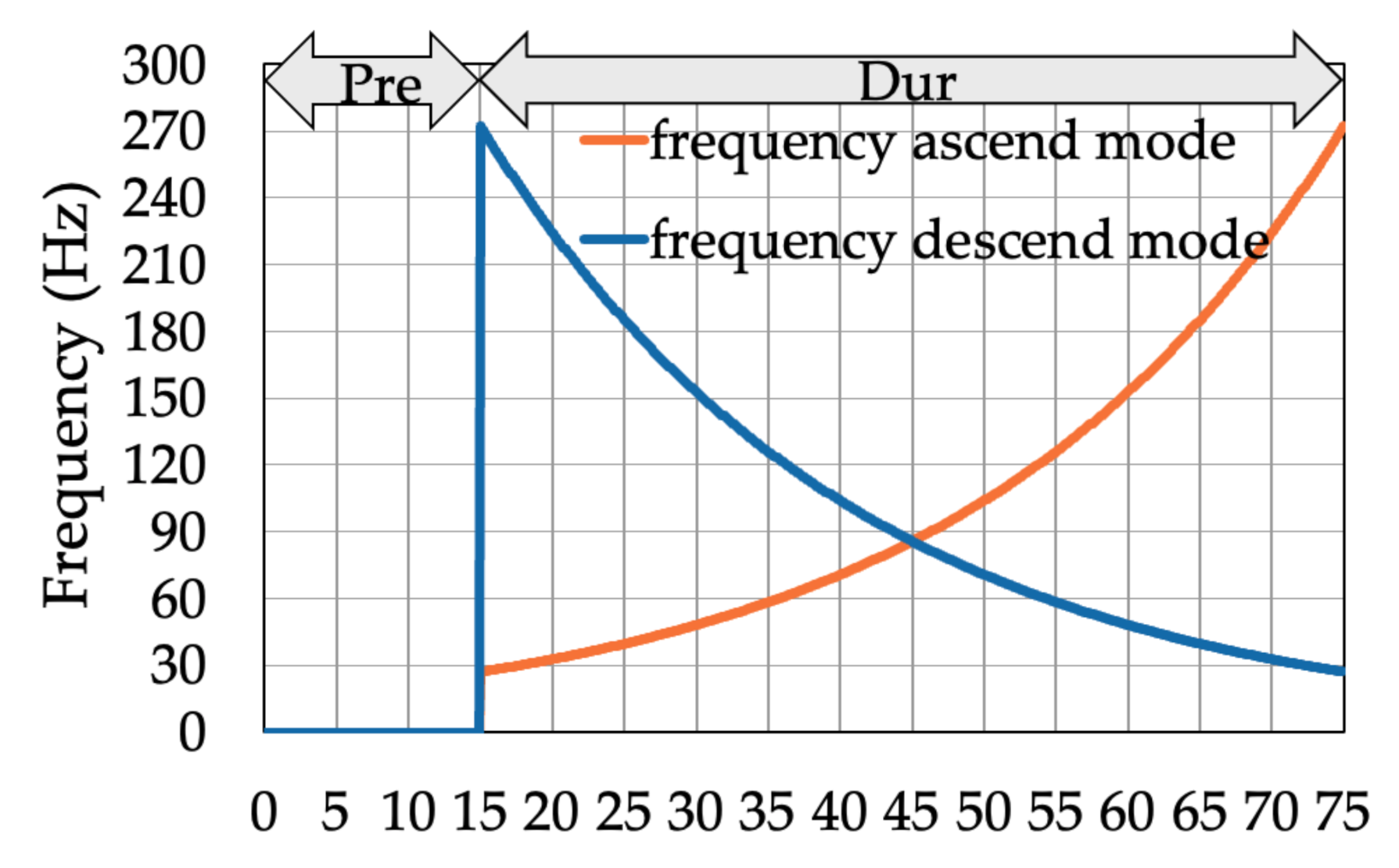 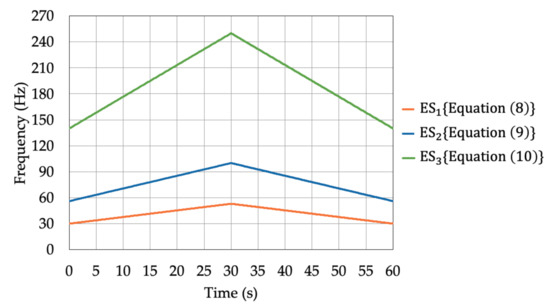 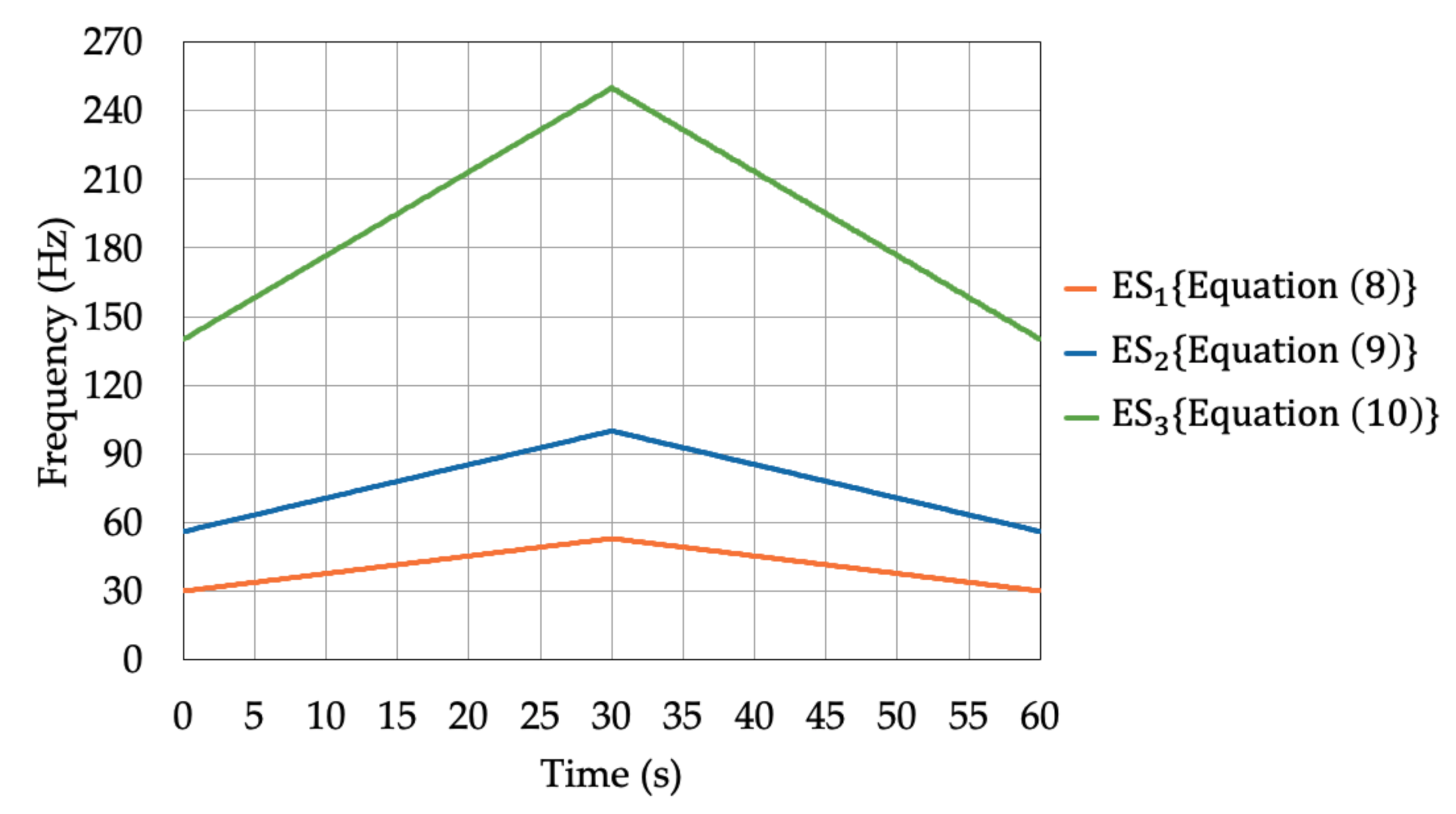 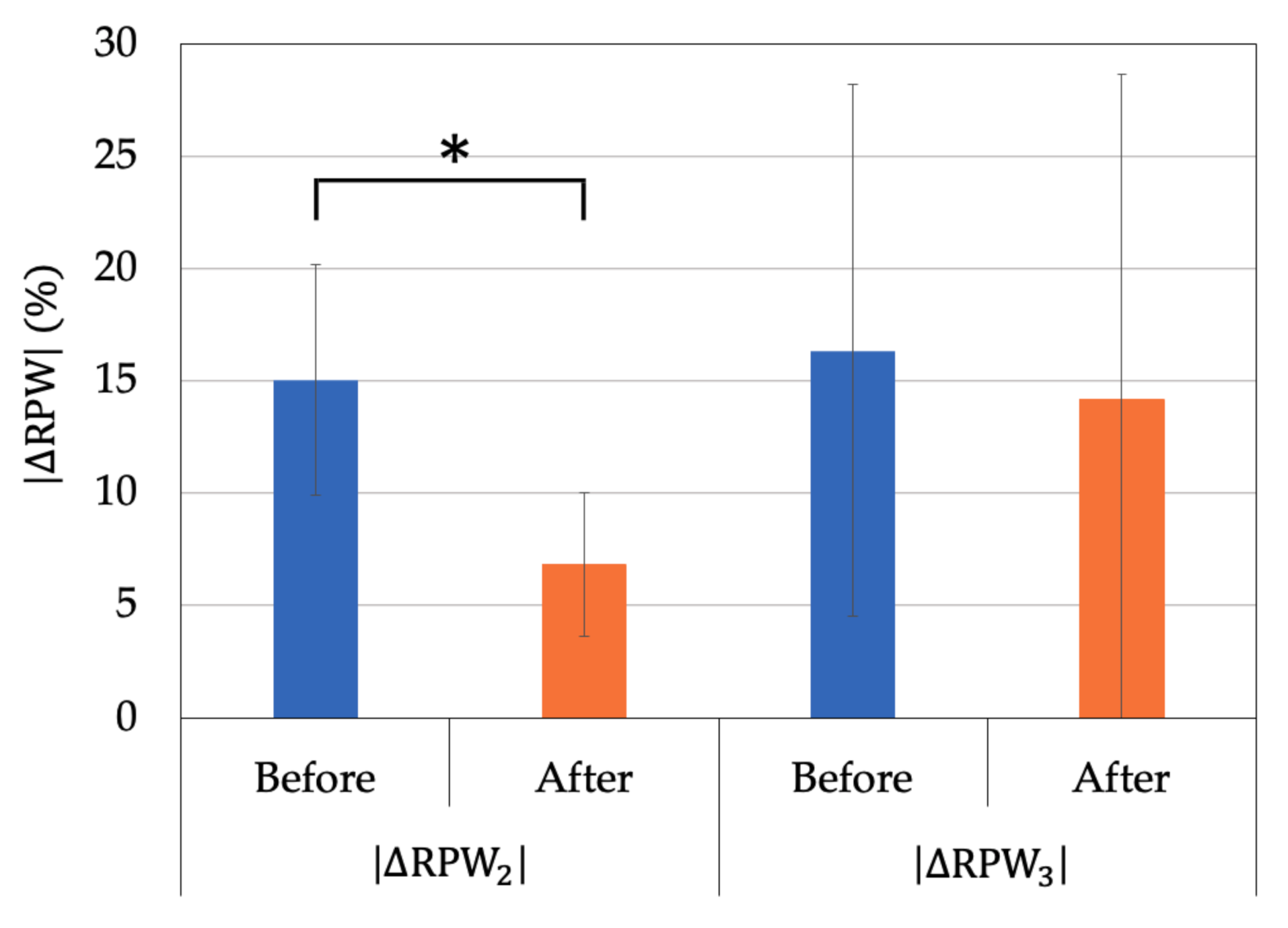