Vehicle models in (1)–(3) are all nonlinear forms and can be linearized and transformed into discretized time models. Equations (1)–(3) can be considered as the first-order continuous derivative equation as: where x is the state variables, , and u are the inputs, . The first order nonlinear in (5) can be approximated in a Taylor series at any referenced position of for , that: in which and are the Jacobean function of and , moving around the referenced positions .
Substituting (6) for , we can obtain an approximation linear form for the continuous time : in which the approximation of , and ,
The continuous approximation form of in Equation (7) can be transferred into the discrete-time form in and , with being the length of the sampling interval or the computer scanning speed. The discrete inputs will be kept at constant values from the time interval k to . The discrete form for an NMPC optimizer can now be written as: in which and
In those approximation-discretized vehicle dynamics, there are two control inputs of vehicle speed, , and the steering angular velocity, . There are four measured outputs, . These outputs will be updated at each time interval. The discretized vehicle dynamics in (8) is the time-variant model, since this system is dependent on the updating time interval or computer scanning speed, .
The MPC algorithms for these vehicle dynamics can be expressed in finite-horizon prediction outputs and inputs. For simplicity, from now on, we assign the horizon output as equal to the horizon input, or . The MPC objective function for the vehicle tracking trajectory subject to hard constraints will be: subject to:
, and , , for ,
, and , for ,
, and , for ,
, , , ,
where are the state variables at the present discrete time (k) and is the solution of the predictive input horizon from k to Nu. Additionally, Ny is the predictive output horizon; are the outputs at the present discrete time (k), are the tracking trajectory setpoints; are the input predictive increments, and ; , are the weighting matrices for outputs and inputs, respectively.
By substituting , Equation (9) can be rewritten as subject to the linear matrices inequality (LMI), , where the column vector is the optimization vector, , and H, F, Y, G, W, E are obtained from Q and R and in (9), as only the optimizer vector U is needed, the term involving Y is usually removed from (10). The optimization problem (10) is a quadratic program (QP). The MPC optimizer will calculate the optimal input vector subject to the hard constraints of the inputs, , and ; of the outputs , and ; and of the input increments . However, only the first input increment, , is taken into the implementation. Then, the optimizer will update the outputs and states variables with the new update input and repeat the calculation for the next time interval. Therefore, the MPC is also called the receding time horizon control. A diagram control system for this NMPC is shown in Figure 3.
The NMPC optimizer in Figure 3 receives the online optimal control action, , feeds into the vehicle dynamics model, and updates the current update states, inputs, and outputs. The update states, inputs, and outputs will be feedback and compared to the reference trajectory data. The new differences of states, inputs, and outputs then feed into the NMPC optimizer for the next online optimal input calculation.
In the next part, we present the development of NMPC with softened constraints.

When all constraints are set as hard constraints, difficulties will arise since the controller may not find a solution satisfying all constraints and the controller may become infeasible.
In reality, some physical constraints can be violated a little during the evolution of the system, since some initial conditions may lead to some violations in constraints. Therefore, we can consider and assign some constraints as softened constraints in order to increase the probability of the MPC finding an optimal solution. The softened constraints can be formulated into the following form: where is assigned as big values as a weighting factor (), and are the constraints’ penalty terms () added into the MPC objective function. and are the corresponding matrix of the hard constraints. Some hard constraints can be converted to the softened form. The new MPC algorithm subject to softened constraints can be written as: subject to (11) and:
, and , , for ,
, and , for ,
, and , for ,
, , ,,
where , , and ; is the additional penalty matrix (generally and assigned to small values). In this new NMPC, the penalty term of softened state constraints is added into the objective function with positive definite and symmetric matrix ; this term penalizes violations of softened constraints, and, when possible, the free constrained solution will be returned.
Now, this NMPC calculates the new optimization vector , and the new NMPC computational algorithms will be: subject to ,
where is the optimization vector, and , and matrices for inequality constraints H, F, G, W, and E are obtained from Equation (10).
To illustrate the ability of the new controller, we tested the two NMPC schemes in (9) and in (12) with the following simple example, considering the below nonlinear system:
It is assumed that this system in (14) is subjected to the hard state and input constraints and . The linearized approximation of this system from (7) is: , in which and . The weighting matrices are chosen as . The weighting matrices for softened constraints are chosen as . It is assumed that the system is starting from an initial state position, . Figure 4 shows the performance of two NMPC schemes; this initial state position x0 does not lead to any violation of states and input ( and ). In this , the solutions of the two control schemes are always available. We can see that the NMPC with a softened state approaches the asymptotic point faster than with the hard constraints. This means that if we loosen some constraints, the optimizer can generate easier optimal inputs, and the system will be more stable.
Now, it is interesting to see in Figure 4 that both schemes have and , almost reaching the hard constraint of . These states still have not violated the state constraints, but if we select some other initial positions , it may lead to some state and input violations.
Now, if we select , this initial condition will lead to violations of the state and the input constraints as and . These violations make the RMPC with hard constraints infeasible. Meanwhile, the RMPC scheme with softened constraints will still work well and easily find optimal input solutions, as shown in Figure 5. After a short transitional period, the fully constrained solution is returned, or there is no more constraint violation.
The two NMPC schemes will be further analyzed and simulated in the next part with different trajectories and control parameters.

Due to the recent advances in computer calculation capability, the complexity in programming and the CPU elapsed time are almost no longer limitations of the NMPC scheme with softened constraints. Controllers for autonomous driving vehicles need a combination of advanced techniques, including neural networks, AI, GPS, LIDAR, high-speed internet, and online video and image processing. This proposed NMPC scheme with softened constraints can be applied to autonomous driving vehicles and further intelligent control techniques. Several physical constraints can be converted into softened constraints. This loosens up the capabilities of NMPC, and the systems become more stable. The constrained violations usually take place in short transitional periods until the optimizer finds the optimal control actions that fully satisfy all constraints. In our next research, we will investigate and apply this scheme to real vehicle systems.

The result was obtained through financial support from the Ministry of Education, Youth and Sports in Czechia and the European Union in the framework of the project “Modular platform for autonomous chassis of specialized electric vehicles for freight and equipment transportation”, Reg. No. CZ.02.1.01/0.0/0.0/16_025/0007293. This work also was partly supported by the Student Grant Scheme at the Technical University of Liberec through project nr. SGS-2021-3059.

Informed consent was obtained from all subjects involved in the study. Participants were informed that their responses to the questionnaire would be treated entirely anonymously and confidentially.

The data are available from the corresponding author upon request. 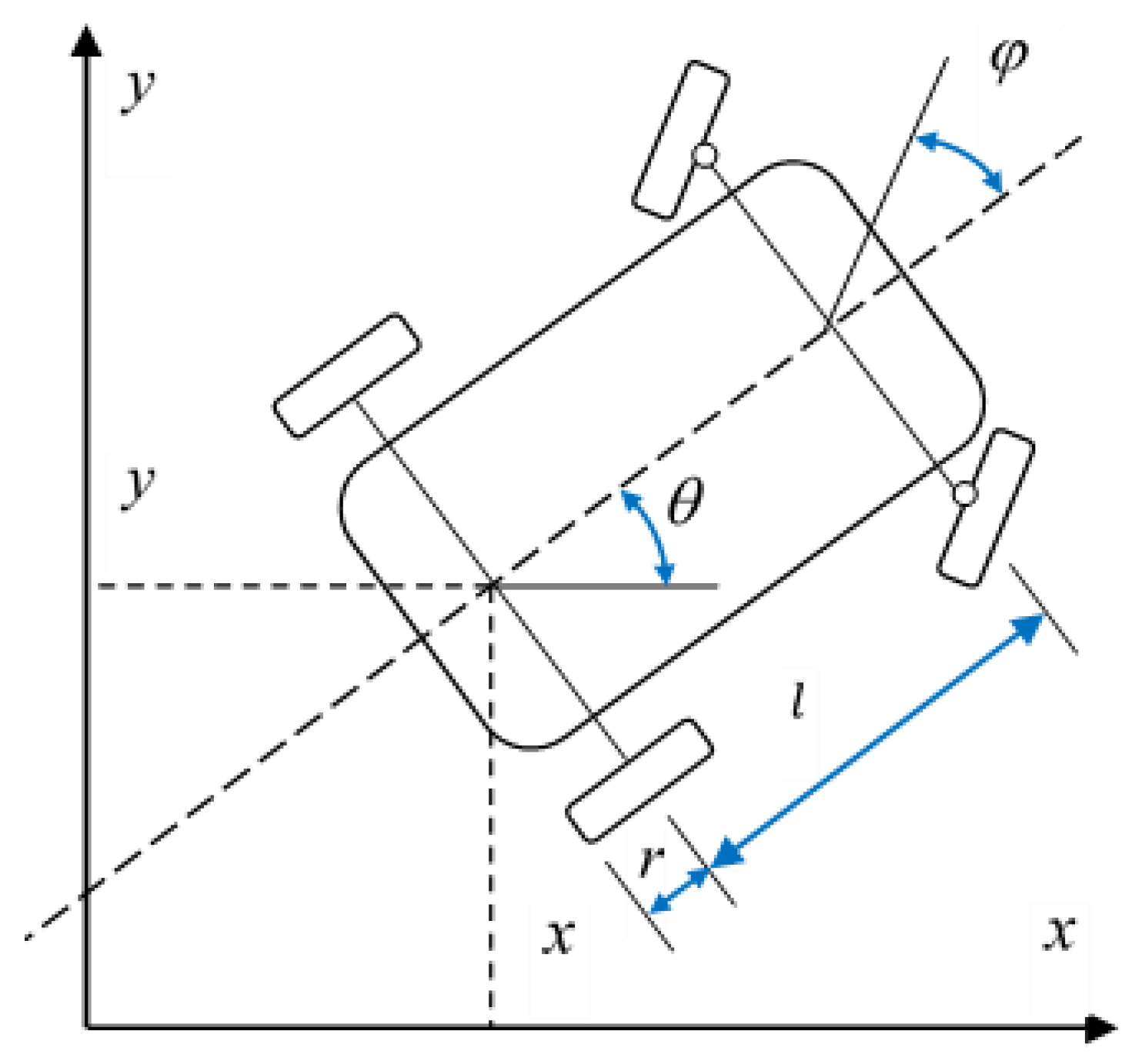 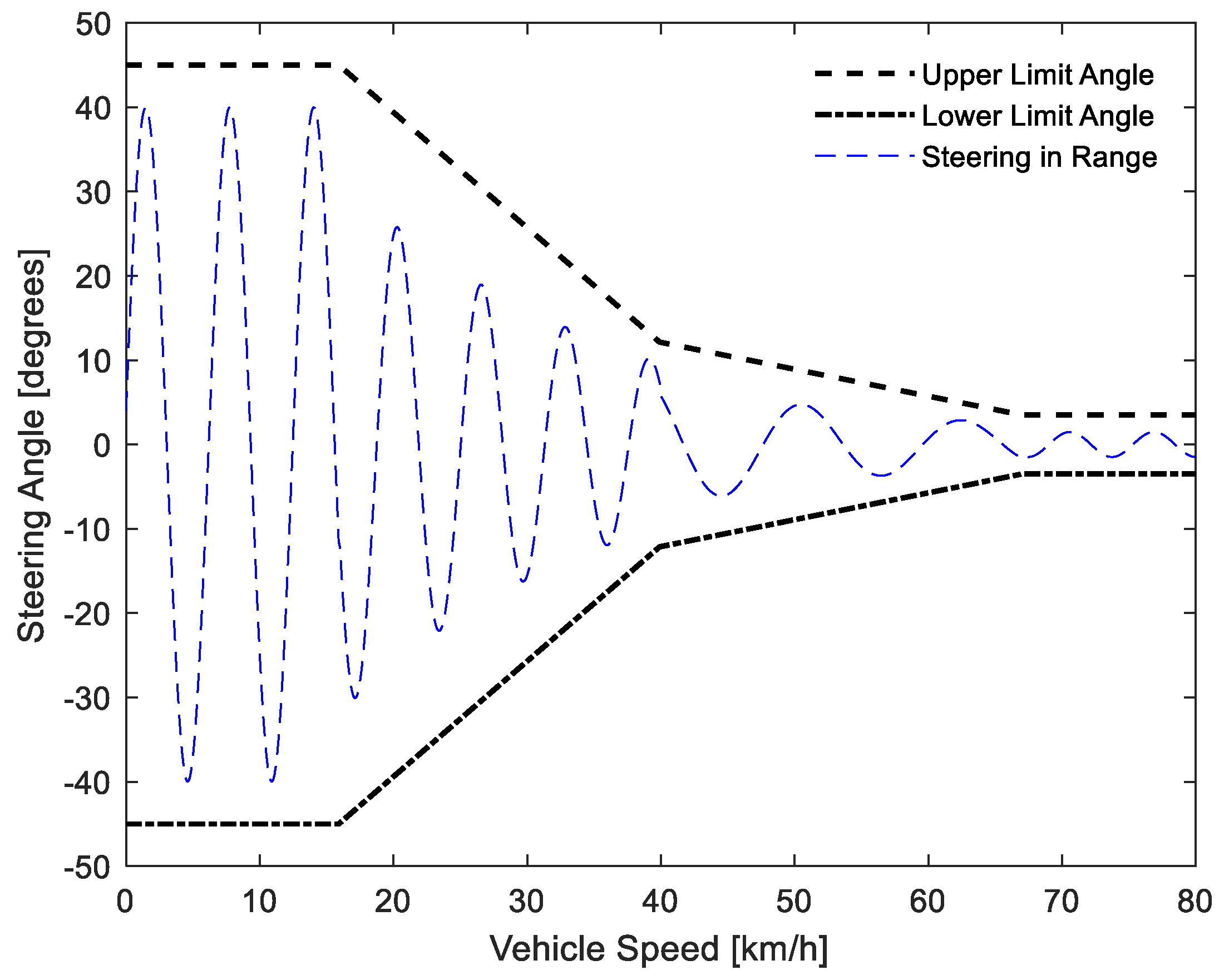