Multidrug resistance (MDR) is one of conventional cancer chemotherapy’s limitations. Our group previously synthesized a series of quinoline-based compounds in an attempt to identify novel anticancer agents. With a molecular docking analysis, the novel compound 160a was predicted to target p-glycoprotein, an MDR candidate. The purpose of this study is to evaluate 160a’s MDR reversal effect and investigate the underlying mechanism at the molecular level. To investigate 160a’s inhibitory effect, we used a series of parental cancer cell lines (A549, LCC6, KYSE150, and MCF-7), the corresponding doxorubicin-resistant cell lines, an MTS cytotoxicity assay, an intracellular doxorubicin accumulation test, and multidrug resistance assays. The Compusyn program confirmed, with a combination index (CI) value greater than 1, that 160a combined with doxorubicin exerts a synergistic effect. Intracellular doxorubicin accumulation and transported calcein acetoxymethyl (AM) (a substrate for p-glycoprotein) were both increased when cancer cells with MDR were treated with compound 160a. We also showed that compound 160a’s MDR reversal effect can persist for at least 1 h. Taken together, these results suggest that the quinoline compound 160a possesses high potential to reverse MDR by inhibiting p-glycoprotein-mediated drug efflux in cancer cells with MDR. View Full-Text
Keywords: anticancer; multidrug resistance; p-glycoprotein; quinoline compounds anticancer; multidrug resistance; p-glycoprotein; quinoline compounds
►▼ Show Figures 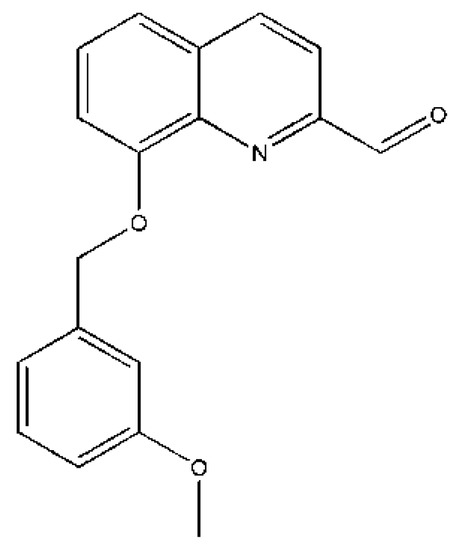