A Comparative Study of YSZ Suspensions and Coatings

The demand for suspensions that are used in thermal spray processes is expanding from research labs using the lab-prepared suspensions toward actual coating production in different industrial sectors. Industrial applications dictate the reduced production time and effort, which may in turn justify the development of the market for ready-to-use commercial suspensions. To this end, some of the powder suppliers have already taken steps forward by introducing, to the market, suspensions of some of the most used materials, such as yttria-stabilized zirconia (YSZ), alumina, and titania. However, there is a need to compare the suspension characteristics over time and the resultant coatings when using these suspensions when compared with the freshly prepared homemade suspensions. In this work, such a comparison is done using YSZ suspensions of the sub-micron to a few micron powders. In addition, some changes in the suspensions’ formula were performed as a tool to vary the coatings’ microstructures in a more predictable way, without any variation of the spray parameters. The coatings were generated while using both radial and axial injection of the suspensions into Oerlikon-Metco 3MB and Mettech Axial III plasma spray torches, respectively. A clear effect of suspension viscosity on the coating microstructure was observed using the 3MB torch with a radial injection of suspension (i.e., cross flow atomization). However, the viscosity role was not dominant when using the Axial III torch with an axial feed injection system (i.e., coaxial flow atomization). View Full-Text
Keywords: axial and radial suspension plasma spray; commercial suspensions; viscosity; surface tension; coatings microstructures axial and radial suspension plasma spray; commercial suspensions; viscosity; surface tension; coatings microstructures
►▼ Show Figures 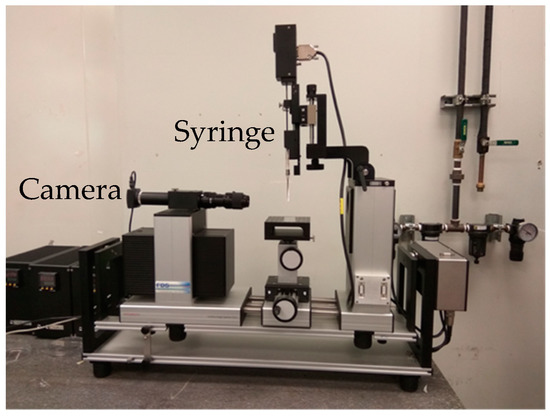