This study aimed to reevaluate the Acute Cystitis Symptom Score (ACSS). The ACSS is a simple and standardized self-reporting questionnaire for the diagnosis of acute uncomplicated cystitis (AC) assessing typical and differential symptoms, quality of life, and possible changes after therapy in female patients with AC. This paper includes literature research, development and evaluation of the ACSS, an 18-item self-reporting questionnaire including (a) six questions about “typical” symptoms of AC, (b) four questions regarding differential diagnoses, (c) three questions on quality of life, and (d) five questions on additional conditions that may affect therapy. The ACSS was evaluated in 228 women (mean age 31.49 ± 11.71 years) in the Russian and Uzbek languages. Measurements of reliability, validity, predictive ability, and responsiveness were performed. Cronbach’s alpha for ACSS was 0.89, split-half reliability was 0.76 and 0.79 for first and second halves, and the correlation between them was 0.87. Mann-Whitney U test revealed a significant difference in scores of the “typical” symptoms between patients and controls (10.50 vs. 2.07, p < 0.001). The optimal threshold score was 6 points, with a 94% sensitivity and 90% specificity to predict AC. The “typical” symptom score decreased significantly when comparing before and after therapy (10.4 and 2.5, p < 0.001). The reevaluated Russian and Uzbek ACSS are accurate enough and can be recommended for clinical studies and practice for initial diagnosis and monitoring the process of the treatment of AC in women. Evaluation in German, UK English, and Hungarian languages was also performed and in other languages evaluation of the ACSS is in progress View Full-Text
Keywords: cystitis; female; quality of life; urinary tract infection; symptom score; questionnaire cystitis; female; quality of life; urinary tract infection; symptom score; questionnaire
►▼ Show Figures 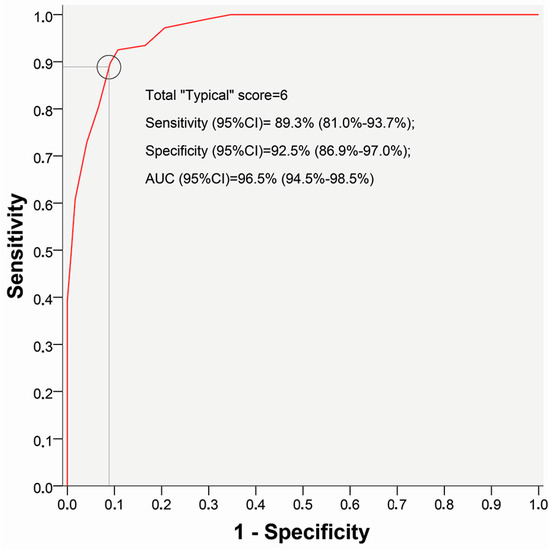