As one of the most important and widely used rechargeable power sources, lithium ion batteries (LIBs) have been widely used in portable electronics, electric vehicles (EVs), and hybrid electric vehicles (HEVs) [1,2,3,4]. Additionally, they are supposed to be one of the most promising candidates for next generation power sources. Besides of LIBs, recently, sodium ion batteries (NIBs) have received increased attention as an alternative to LIBs for stationary storage due to the bundance and low cost of Na. Actually, NIBs were initially studied when the development of LIBs began in the 1970s, but due to the fast advances in the development of LIBs, NIBs were unregarded [5]. Even if the fundamental principles of the NIBs and LIBs are almost the same, NIBs usually exhibit low specific capacities, short cycle lifes, and poor rate capabilities due to increased radius and mass of Na (1.02 Å, 22.99 g/mol) when compared to that of Li (0.59 Å, 6.94 g/mol) [6]. Additionally, sodium has a higher standard electrode potential as compared to lithium (−2.71 V vs. Standard hydrogen electrode (SHE) as compared to −3.02 V vs. SHE for lithium). Consequently, NIBs will often fall short in terms of energy [7]. Nevertheless, the weight of cyclable lithium and sodium is only a small part of the mass of the components of the electrode.
Nowadays, even if graphite is the most widely used anode material due to its low cost, high abundance, and outstanding electrochemical performance, this material exhibits a theoretical capacity of 372 mAh/g. Consequently, in order to fulfill the requirements as to large scale applications, higher energy density systems need to be developed. This purpose implies the necessity of denser and higher capacity anode materials are needed.
In this sense, three-dimensional (3D) transition metal oxides (MOx) are among one of the most promising next-generation anode materials under consideration due to their low cost, high theoretical capacities (500–1000 mAh/g) and easy fabrication [8,9]. MOX anodes can be classified into three different groups depending on their reaction mechanisms: (a) Li alloy reaction mechanisms, (b) insertion/extraction reaction mechanisms, and (c) conversion reaction mechanisms. In this regard, most of the MOx materials present conversion reactions vs. Li based in the formation and decomposition of Li2O as shown below [10,11]:
MxOy + 2yLi+ + 2ye− ↔ xM + yLi2O
The transition metal oxides are ultimately reduced to the elements leading to composite materials consisting of metallic nanoparticles dispersed in an amorphous Li2O matrix. The formation of metallic nanoparticles is a key factor when increasing the reversibility of the reaction. In this regard, the reactivity of the nanoparticles is increased in the Li2O matrix in which they are embedded due to the high surface area of the nanoparticles. However, the main drawback of these MOx materials for their application in LIBs as anode materials is the large irreversible capacity that they suffer in the first cycle. Nevertheless, this irreversible capacity can be successfully addressed by surface prelitiation treatments or by thin film nano-structuration [12,13].
NiO has been regarded as one of the most popular choices of metal oxides due to its high theoretical capacity (718 mAh/g), high corrosion resistance, and low materials and processing costs [14]. However, further optimization of nickel oxides as anode materials is needed due to their poor capacity retention or rate capability that is owed to low electric conductivity and large volume change during the conversion reaction [15,16]. Many attempts have been made to improve the reversible capacity, cycling stability, and rate capability of NiO. Towards this end, the strategies of introducing carbonaceous materials, such as grapheme [17], and nanoestructurating the material [18] have shown enhanced capacities. In this regard, carbonaceous materials, as well as increasing the electronic contact between the iron oxide particles, also buffer the volume and structural changes associated with the transformation of iron oxide particles into metallic iron during the discharge/charge process.
Even if transition metal oxides have been extensively studied in LIBs, only a few metal oxides have been studied for application in NIBs [19,20]. Among these studies, some previous reports have demonstrated the potential application of NiO in NIBs [21]. Meanwhile, other researchers have revealed the electrochemical inactivity of NiO with Na, while exhibiting outstanding performances in LIBs. In this regard, the reason why this is happening is not yet clearly understood [22]. As far as we are aware, very little research has been done in the field of NiO anodes for NIBs application up to now.
Herein, we follow the double strategy of nanostructurating the material and introducing a source of carbon so as to make composite materials in order to overcome some of the problems concerning the application of nickel oxide as anode for batteries. Most of the preparation methods of high-performance nickel oxides are excessively complicated besides of being of low yield. Nevertheless, in this work, a freeze-drying synthesis procedure has been employed, which as well as being a cheap and easy method, can be easily implemented as part of an industrial process. Additionally, the freeze-drying method offers a uniform homogeneity of reactants, the possibility of introducing a carbon source, and the advantage of using lower calcination temperatures [23]. The efficiency of this synthesis method that allows for obtaining nanosized cathodic materials with exceptional electrochemical performance has already been demonstrated in several studies [24].
In this study, three different composites based on nanosized NiO and carbon, were successfully synthesized by the freeze-drying method. We report on the structural, morphologic, magnetic, spectroscopic, and electrochemical characterization (vs. Li and Na) of the synthesized samples, establishing correlations among the composition, morphology, and electrochemical performance. Particular attention has been paid to the post-mortem analysis of NIBs in order to understand why the same material behaves differently when applied as anode for LIBs and NIBs.

Three nickel oxide samples were synthesized by the freeze-drying method. For the sample designated NiO_air only Ni(NO3)2·6H2O was dissolved in 25 mL of water. For the other two samples C6H8O7·H2O and Ni(NO3)2·6H2O reagents were added in the molar ratios of 0.25:1 and 1:1, in order to produce composites with different carbon contents. The resulting solutions were subsequently frozen in a round-bottom flask that contained liquid nitrogen. Afterwards, the round bottom flasks were connected to the freeze-dryer for 48 h at a pressure of 3 × 10−1 mbar and a temperature of −80 °C to sublime the solvent. The as-obtained precursors were subjected to a single heat treatment at 400 °C for 6 h. The heat treatment of the NiO_air sample was carried out in air while the other two samples were calcined in a nitrogen atmosphere. Subsequently, the products were ball-milled for 30 min.

A Perkin-Elmer 2400CHN analyzer (St. Louis, MI, USA) was employed to determine the carbon content of the samples. Structural characterization of the samples was carried out using X-ray powder diffraction with a Bruker D8 (Billerica, MA, USA) Advance Vario diffractometer using CuKα radiation. The obtained diffractograms were profile-fitted using the FullProf program [39]. The morphologies of the materials were studied by Transmission Electron Microscopy (TEM) using a FEI TECNAI F30 (Hillsboro, OR, USA) and by a scanning electron microscope (JEOL JSM 7500F (Akishima, Tokyo, Japan)). Magnetic susceptibility measurements (dc) were carried out at 300K with a Quantum Design SQUID magnetometer. X-ray photoelectron spectra were (XPS) were obtained on a SPECS system that was equipped with a Phoibos 150 1D-DLD analyzer (Berlin, Germany) and a monochromatic AlKα (1486.6 eV) source. Raman spectroscopy was carried out using a InVia Raman spectrometer (Wotton-under-Edge, United Kingdom) using Ar+ laser excitation with a wavelength of 514 nm.
To evaluate the electrochemical performance 2032 coin cells were assembled to evaluate the electrochemical performances of the samples. To prepare the electrodes, the active materials were mixed with conducting carbon black (Super P, Timcal) and polyvinylidene fluoride (PVDF) binder, with weight ratios of 70:15:15 and was dispersed in N-methyl-2-pyrrolidone (NMP) to form a slurry. The slurry was then cast onto Cu current collectors and dried at 120 °C in a vacuum oven overnight. For the lithium ion batteries, electrochemical cells with metallic lithium foils as counter electrodes, Celgard 2400 polypropylene separators (Charlotte, NC, USA) and 1 M LiPF6 in 50–50% ethyl carbonate (EC) and dimethyl carbonate (DMC) as the electrolytic solution, were assembled in an Ar-filled glove box. For the sodium ion batteries, metallic sodium foils were used as counter electrodes. The electrolyte was 1 M NaPF6 in 50–50% ethyl carbonate (EC) and dimethyl carbonate (DMC) solution, with 1 wt % FEC All of the electrochemical and electrochemical measurements were carried out on a Bio-Logic VMP3 potentiostat/galvanostat (Seyssinet-Pariset, France) at room temperature. Typical electrode loadings were 1.3 mg/cm2.
CV was performed in a potential window of 0.01-3 V with a scanning rate of 5 mV for three cycles. The galvanostatic charge/discharge experiments were performed between 0.01 and 3 V at 0.1C and 1C current rates where 1C is defined as the rate at which the total theoretical capacity based on full conversion can be discharged in one hour:
NiO + 2A+ + 2e− ↔ Ni + A2O (where A = Li or Na)
To calculate the capacity values, the weight of only the NiO was considered, not including the in situ carbon. For the post-mortem analysis of the Na configuration batteries, cells were opened in an Ar-filled glove box. After, the electrodes were washed during a few seconds three times with a large excess of dimethyl carbonate (DMC) in order to dissolve the residual salt of the electrolyte that could stay in the surface of electrodes. The harvested electrodes were used for further analysis, such as XRD, SEM, FTIR, and magnetic measurements.

NiO_air, NiO_18%C, and NiO_29%C samples were successfully prepared by a freeze-drying method. X ray diffraction measurements for NiO_air sample showed that all of the diffraction peaks could be indexed to nickel oxide. For NiO_18%C and NiO_29%C, metallic nickel was detected as well as nickel oxide. The morphologic study demonstrated the heterogeneity of NiO_air sample, with an average particle size of 5–50 nm. However, NiO_18%C and NiO_29%C are more homogeneous, have smaller particle size and are present an in situ generated amorphous carbon matrix. The most significant result was the reduction of particle size with the increasing of carbon amount. Magnetic measurements allowed calculating the amount of metallic nickel for each sample. NiO_air, NiO_18%C, and NiO_29%C electrodes were employed in LIBs and NiO_29%C electrode was the one with the highest specific capacity, best cycleability, highest coulombic efficiency, and best rate discharge capability. This fact could be ascribed to the higher amount of metallic nickel and carbon, the smaller particle size and the homogeneous character that this sample has in comparison to the other materials. On the other hand, the NIB with the NiO_29%C electrode revealed a poor cycling stability. Post-mortem analyses (ex.situ XRD, SEM, magnetic measurements, XPS, and FTIR) revealed that this fact could be mainly ascribed to the absence of a stable SEI upon cycling. In this regard, the surface reaction that occurs when discharging (reduced carbon) and charging (NaCO3R) the electrode, implies a huge volume expansion, causing the fracture of the electrode, and leading, therefore, to a poor electrochemical performance of the NIB. Additionally, the large amount of carbon that NiO_29%C electrode contains is another important factor to be considered since the storage of Na into carbon is very limited. Consequently, the diffusion pathways could be blocked, promoting the deterioration of the kinetics of the conversion reaction.

Amaia Iturrondobeitia and Aintzane Goñi conceived and designed the experiments, analyzed all the data and wrote the paper; Izaskun Gil de Muro performed the micrographs; Luis Lezama and Teófilo Rojo carried out the magnetic measurements, analyzed the data corresponding to those measurements and directed the work. 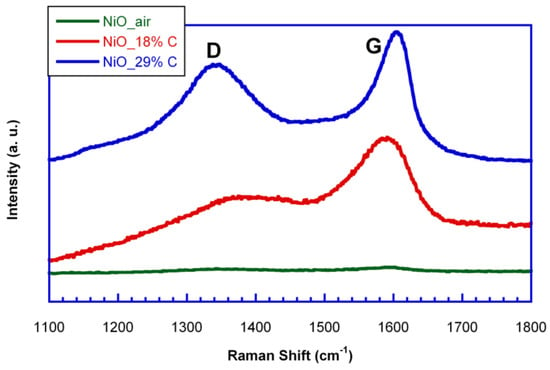 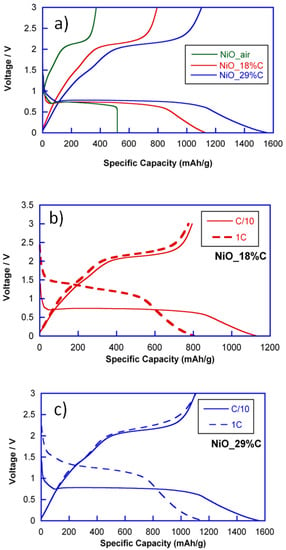 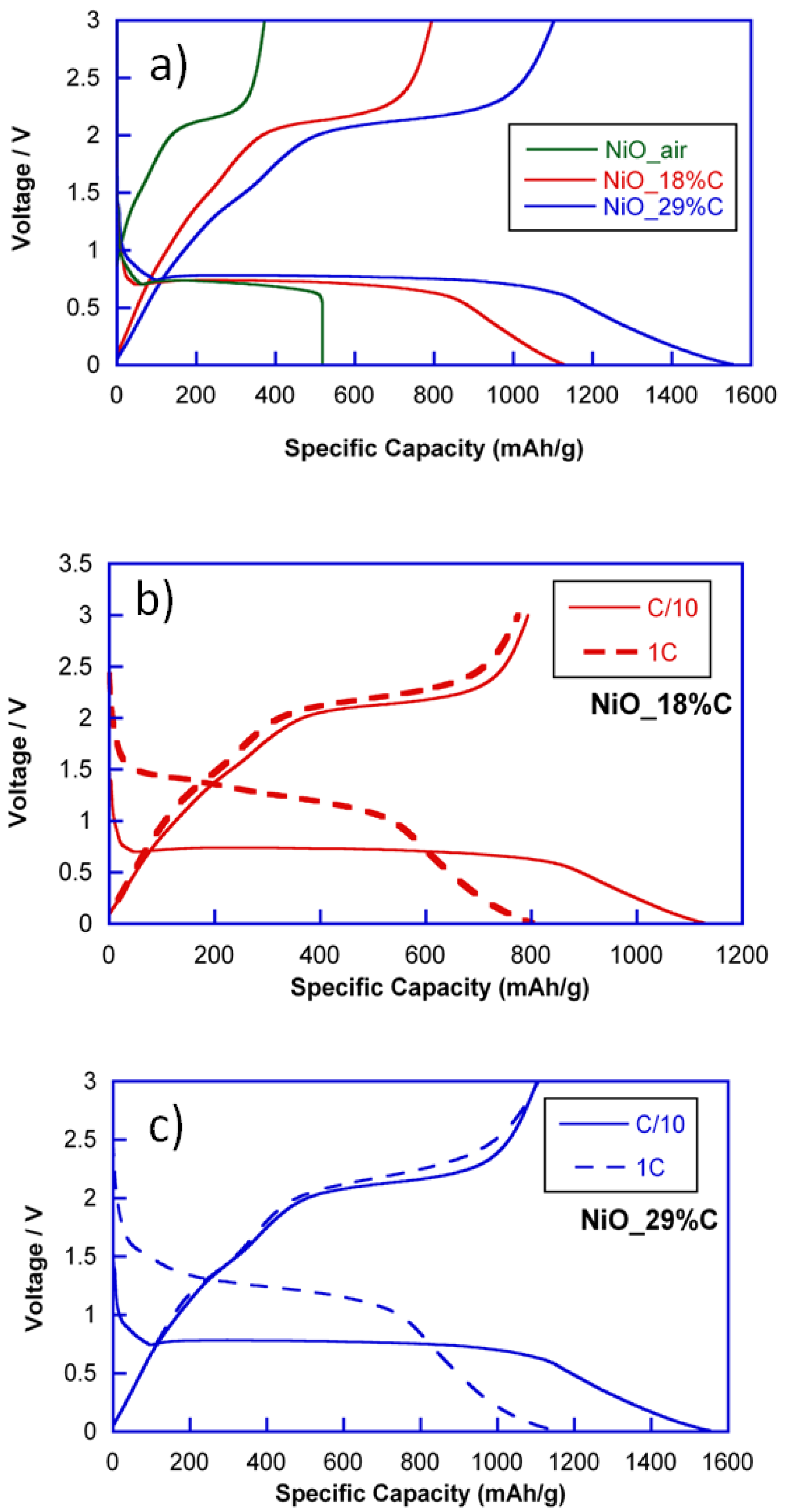 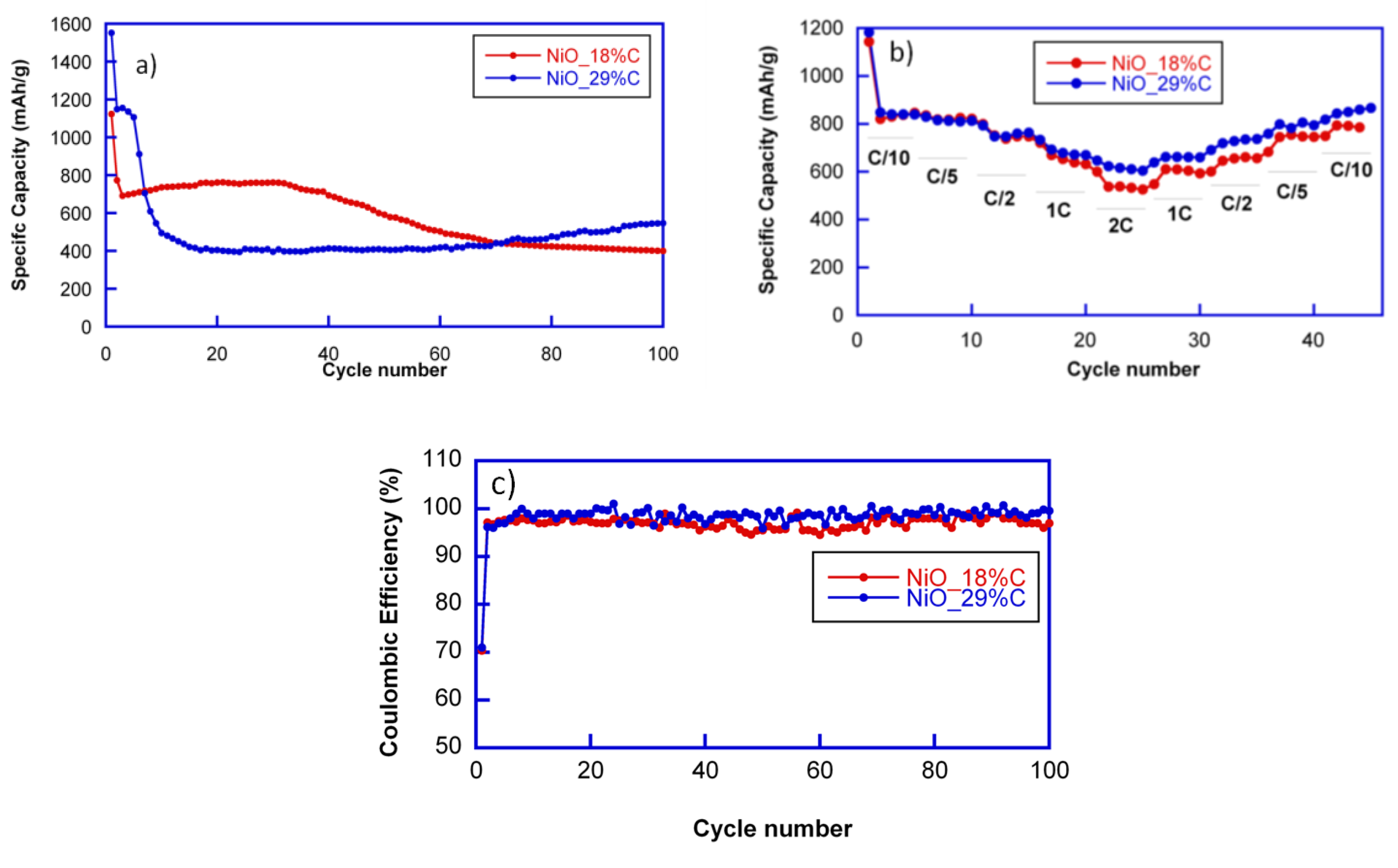 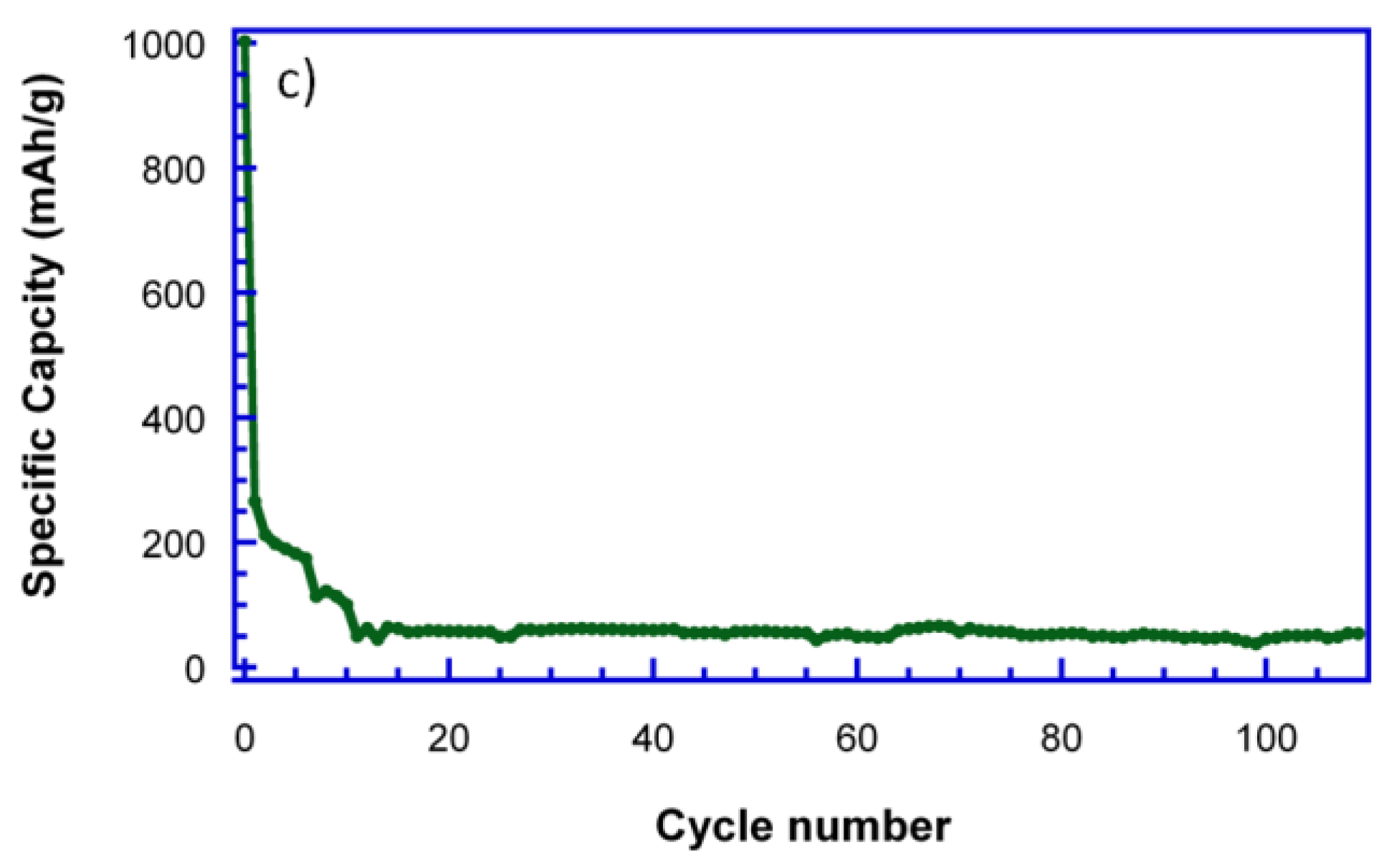 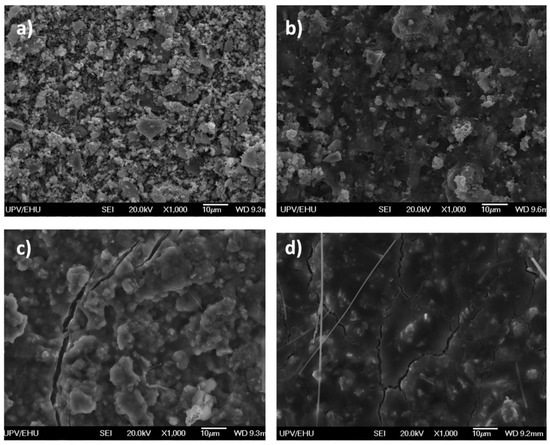