Towards the Development of Artificial Bone Grafts: Combining Synthetic Biomineralisation with 3D Printing

This study investigated the impact of different calcium reagents on the morphology, composition, bioactivity and biocompatibility of two-component (CaO-SiO2) glasses produced by the Stöber process with respect to their potential application in guided tissue regeneration (GTR) membranes for periodontal repair. The properties of the binary glasses were compared with those of pure silica Stöber particles. The direct addition of calcium chloride (CC), calcium nitrate (CN), calcium methoxide (CM) or calcium ethoxide (CE) at 5 mol % with respect to tetraethyl orthosilicate in the reagent mixture gave rise to textured, micron-sized aggregates rather than monodispersed ~500 nm spheres obtained from the pure silica Stöber synthesis. The broadening of the Si-O-Si band at ~1100 cm−1 in the infrared spectra of the calcium-doped glasses indicated that the silicate network was depolymerised by the incorporation of Ca2+ ions and energy dispersive X-ray analysis revealed that, in all cases, the Ca:Si ratios were significantly lower than the nominal value of 0.05. The distribution of Ca2+ ions was also found to be highly inhomogeneous in the methoxide-derived glass. All samples released soluble silica species on exposure to simulated body fluid, although only calcium-doped glasses exhibited in vitro bioactivity via the formation of hydroxyapatite. The biocompatibilities of model chitosan-glass GTR membranes were assessed using human MG63 osteosarcoma cells and were found to be of the order: CN < pure silica ≈ CC << CM ≈ CE. Calcium nitrate is the most commonly reported precursor for the sol-gel synthesis of bioactive glasses; however, the incomplete removal of nitrate ions during washing compromised the cytocompatibility of the resulting glass. The superior bioactivity and biocompatibility of the alkoxide-derived glasses is attributed to their ease of dissolution and lack of residual toxic anions. Overall, calcium ethoxide was found to be the preferred precursor with respect to extent of calcium-incorporation, homogeneity, bioactivity and biocompatibility. View Full-Text
Keywords: bioactive glass; calcium silicate; guided tissue regeneration; periodontal repair; Stöber process; chitosan; MG63 osteosarcoma bioactive glass; calcium silicate; guided tissue regeneration; periodontal repair; Stöber process; chitosan; MG63 osteosarcoma
►▼ Show Figures 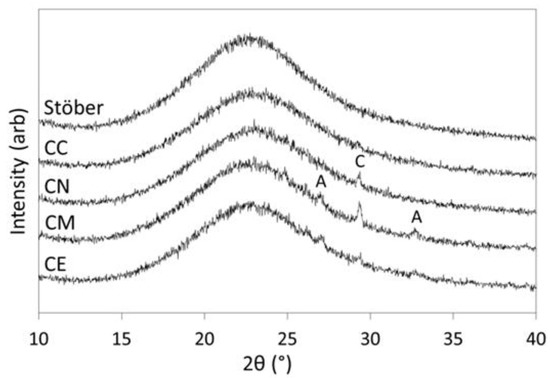