In this subsection, we present some basic concepts related to the Atangana–Baleanu derivative.
Definition 1.
The Mittag–Leffler function
Definition 2.
Atangana–Baleanu derivative in a Caputo sense (ABC) [2,26].where and is a normalization function where .
Lemma 1.
The ABC derivative of order for can be defined as follows:
Proof.
By using Definition in Equations (1) and (2), knowing that , we obtain □
This expression is equivalent with those in [27] where the authors presented it in Mittag–Leffler form.

2.2. The Properties of Poly-Bernoulli Polynomials

The poly-Bernoulli delay vector can be expressed as where is the delay operational matrix given by where , and , . For any delay function , one can approximate using poly-Bernoulli polynomials as: where .

3. An Operational Matrix Based on Poly-Bernoulli Polynomials for an ABC-Fractional Derivative

4. An Application to Solving Variable Coefficients of Fractional Delay Differential Equations in the ABC-Derivative

In this section, we apply the new poly-Bernoulli operational matrix and delay operational matrix for solving variable coefficients of a fractional differential equation in the ABC-derivative. We briefly explain the numerical scheme that we used. We achieved it by using the collocation scheme. All the numerical computations were carried out using Maple.

In this work, we achieved the following results:
The poly-Bernoulli operational matrix is the general case for any integer k, while when , it reduces to a Bernoulli operational matrix. The numerical examples show that the proposed method is a powerful tool for obtaining the numerical solutions for variable coefficients of fractional delay differential equations in an ABC-sense. Hence, we suggest that the following points may be able to apply:
In this work, our delay operational matrix was limited to constant delay. Hence, for future work, it would also be interesting to study a similar problem but with proportional delay or variable delay.

Writing—original draft preparation, C.P.; software, Y.T.T. and F.S.M.N. All authors have read and agreed to the published version of the manuscript.

The first writer would like to thank the Ministry of Higher Education Malaysia and Universiti Tun Hussein Onn Malaysia for providing financial support under the Fundamental Research Grant Scheme (FRGS) Vot K072. 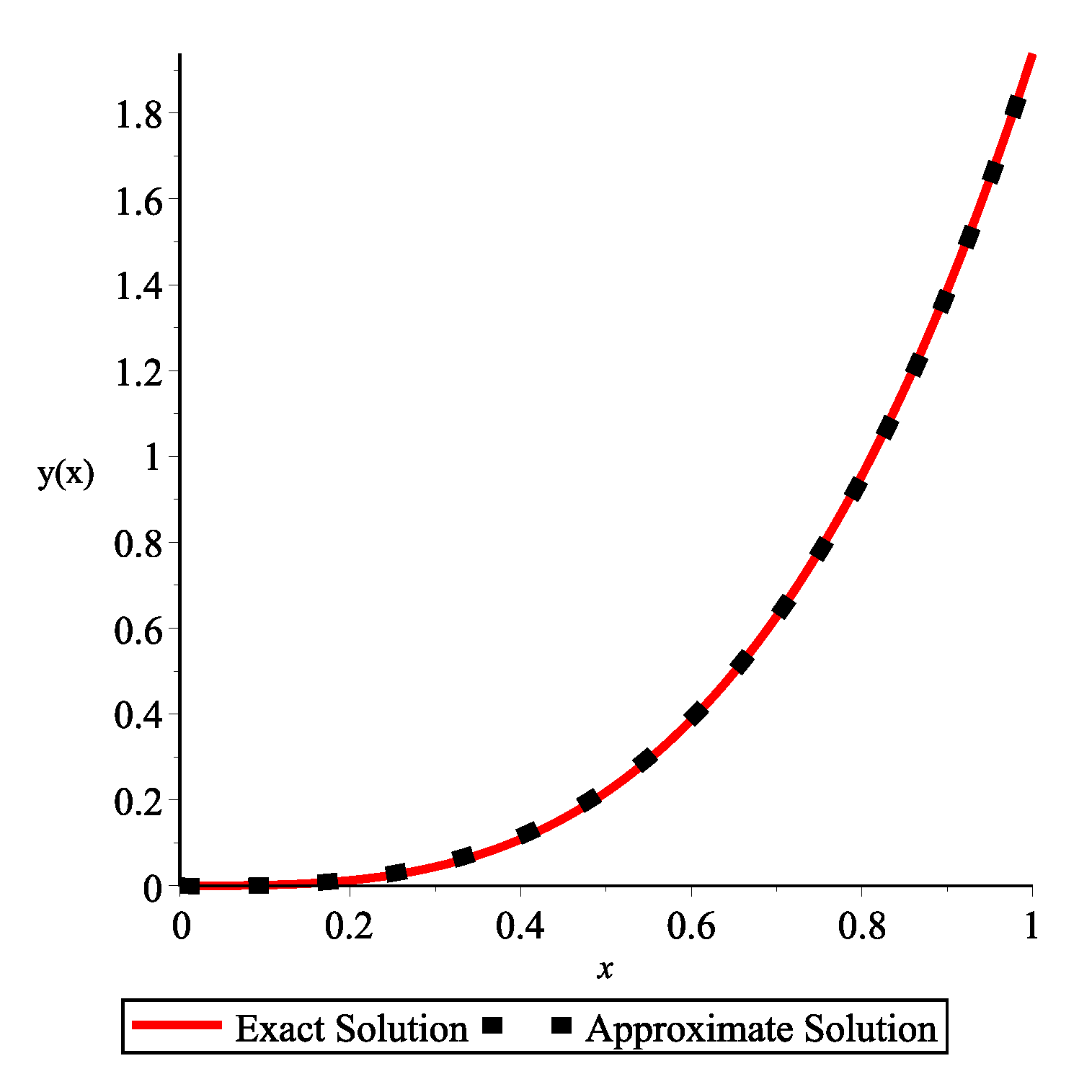