The g-Good-Neighbor Diagnosability of Bubble-Sort Graphs under Preparata, Metze, and Chien’s (PMC) Model and Maeng and Malek’s (MM)* Model
Previous Article in Journal

Diagnosability of a multiprocessor system is an important research topic. The system and interconnection network has a underlying topology, which usually presented by a graph . In 2012, a measurement for fault tolerance of the graph was proposed by Peng et al. This measurement is called the g-good-neighbor diagnosability that restrains every fault-free node to contain at least g fault-free neighbors. Under the PMC model, to diagnose the system, two adjacent nodes in G are can perform tests on each other. Under the MM model, to diagnose the system, a node sends the same task to two of its neighbors, and then compares their responses. The MM* is a special case of the MM model and each node must test its any pair of adjacent nodes of the system. As a famous topology structure, the -arrangement graph , has many good properties. In this paper, we give the g-good-neighbor diagnosability of under the PMC model and MM* model. View Full-Text
Keywords: interconnection network; diagnosability; arrangement graph interconnection network; diagnosability; arrangement graph
►▼ Show Figures 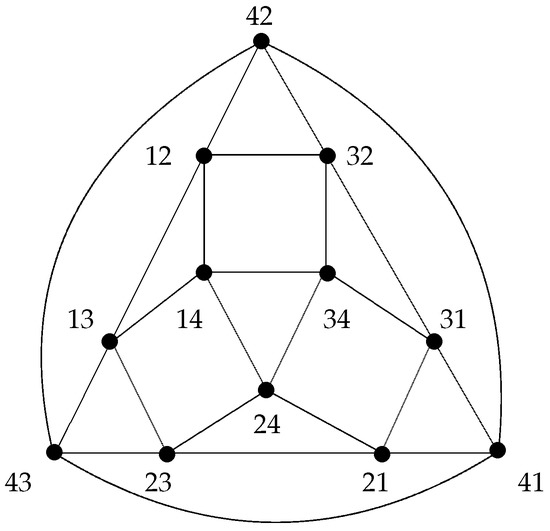