On the Sediment Dynamics in a Tidally Energetic Channel: The Inner Sound, Northern Scotland
Previous Article in Journal

Colour Sonar: Multi-Frequency Sidescan Sonar Images of the Seabed in the Inner Sound of the Pentland Firth, Scotland

The backscatter response of a seabed to an incident sonar signal is dependent on the carrier wave frequency: i.e., the seabed is acoustically colourful. Colour is implemented in a prototype three-frequency sidescan sonar system deployed in the Pentland Firth, north Scotland. Sonar amplitude data as a function of frequency are processed to render them an unconfounded effect of the seabed normalized to the response at a reference inclination angle, for colour to be a meaningful property of the seabed. Methods for mapping data at sonar frequencies to optical primary colours for human visualisation are explored. We recommend methods that in our opinion generate colour characteristics harmonious with human vision in which: shadow is white; saturation black; colour shade darkness is proportional to backscatter strength; and shades of red, green and blue are seen in proportion to the backscatter amplitudes of the low-, mid- and high-frequency sonar data. Frequency equalisation is applied to achieve a balance in colour responses in images. The seabed in the survey area is acoustically colourful. Using the “negative BGR” colour mapping method: a weakly backscattering sand dune in the north of the survey area appears as shades of light blue and purple; a strongly backscattering halo of cobbles around the dune appears as shades of hazel brown; a strongly backscattering gravel ridge across the south of the survey area appears as shades of royal blue; and exposed rock as textures ranging in colour from light brown to light blue/green. There is evidence for colour anisotropy (a dependence of colour on the direction of ensonification). Similarities between anthropic colour sonar and the natural sonar of Microchiropteran bats are noted. Bats’ sonar satisfies the information criteria for acoustic colour, and it is hypothesized that it informs a colourfully-perceived world view. View Full-Text
Keywords: sidescan sonar; colour; multi-frequency sidescan sonar; colour; multi-frequency
►▼ Show Figures 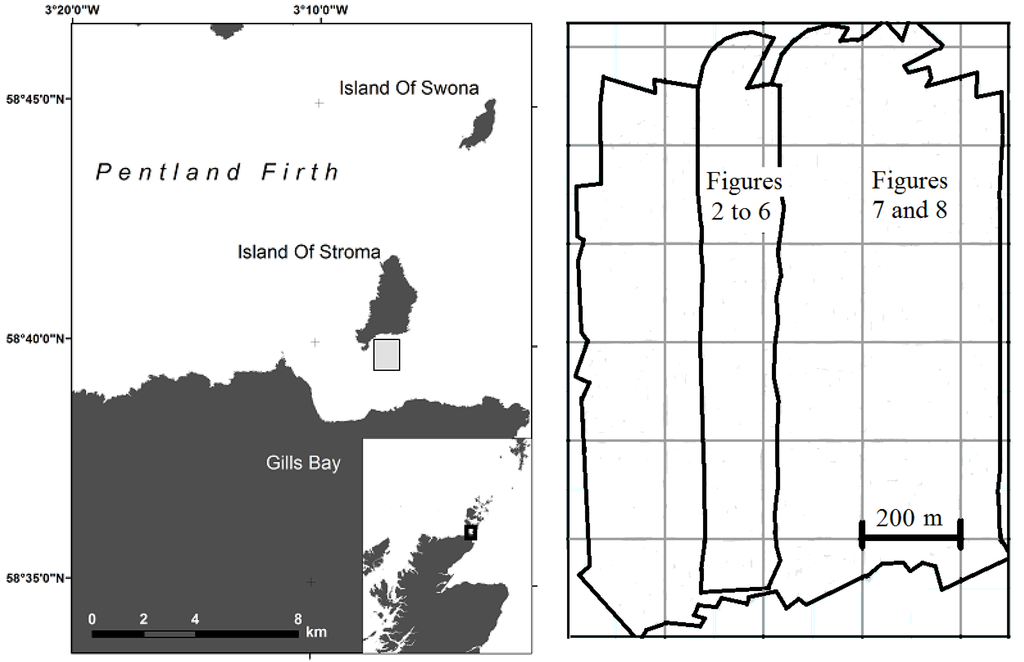 
Tamsett D, McIlvenny J, Watts A. Colour Sonar: Multi-Frequency Sidescan Sonar Images of the Seabed in the Inner Sound of the Pentland Firth, Scotland. Journal of Marine Science and Engineering. 2016; 4(1):26.