Water uptake by mangrove trees can result in salt accumulation in sediment around roots, negatively influencing growth. Tidal pumping facilitates salt release and can be enhanced by crab burrows. Similarly, flushing of burrows by incoming tidal water decreases sediment salinity. In contrast to burrows with multiple entrances, the role of burrows with one opening for salinity reduction is largely unknown. In a microcosm experiment we studied the effect of artificial, burrow-like macro-pores with one opening on the desalting of mangrove sediment and growth of Rhizophora mangle L. seedlings. Sediment salinity, seedling leaf area and seedling growth were monitored over six months. Artificial burrows facilitated salt release from the sediment after six weeks, but seedling growth was not influenced. To test whether crab burrows with one opening facilitate salt release in mangrove forests, sediment salinities were measured in areas with and without R. mangle stilt roots in North Brazil at the beginning and end of the wet season. In addition, burrows of Ucides cordatus were counted. High crab burrow densities and sediment salinities were associated with stilt root occurrence. Precipitation and salt accumulation by tree roots seem to have a larger effect on sediment salinity than desalting by U. cordatus burrows. View Full-Text
Keywords: Rhizophora mangle; roots; salinity; tidal flushing; tidal pumping; Ucides cordatus Rhizophora mangle; roots; salinity; tidal flushing; tidal pumping; Ucides cordatus
►▼ Show Figures 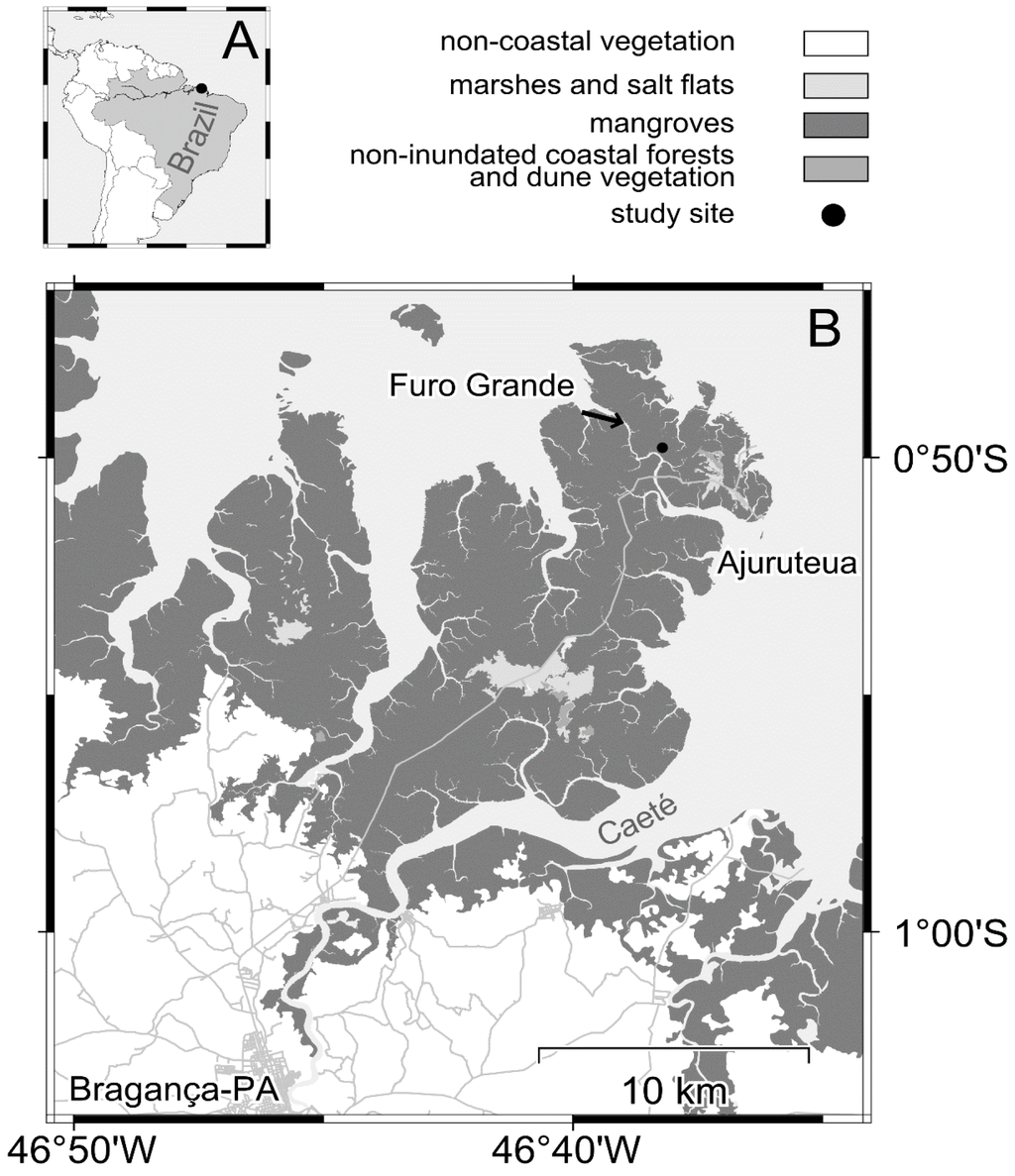