The study aimed at investigating eventual deviations from typical recommendations of irrigation water application to crops in Cyprus given the undeniable changes in recent weather conditions. It focused on the seasonal or monthly changes in crop evapotranspiration (ETc) and net irrigation requirements (NIR) of a number of permanent and annual crops over two consecutive overlapping periods (1976–2000 and 1990–2014). While the differences in the seasonal ETc and NIR estimates were not statistically significant between the studied periods, differences were identified via a month-by-month comparison. In March, the water demands of crops appeared to be significantly greater during the recent past in relation to 1976–2000, while for NIR, March showed statistically significant increases and September showed significant decreases. Consequently, the adjustment of irrigation schedules to climate change by farmers should not rely on annual trends as an eventual mismatch of monthly crop water needs with irrigation water supply might affect the critical growth stages of crops with a disproportionately greater negative impact on yields and quality. The clear increase in irrigation needs in March coincides with the most sensitive growth stage of irrigated potato crops in Cyprus. Therefore, the results may serve as a useful tool for current and future adaptation measures. View Full-Text
Keywords: climate change adaptation; irrigated crops; net irrigation requirements; crop evapotranspiration; monthly changes climate change adaptation; irrigated crops; net irrigation requirements; crop evapotranspiration; monthly changes
►▼ Show Figures 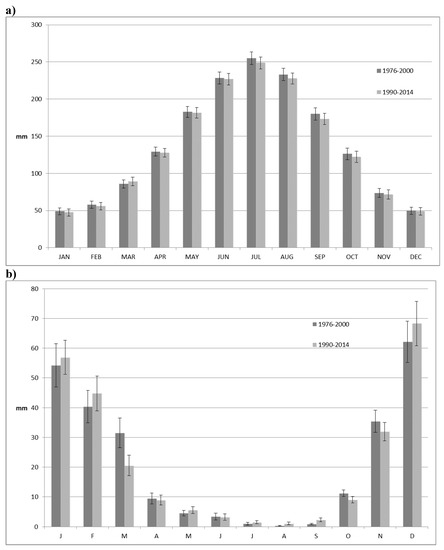 Dalias, P.; Christou, A.; Neocleous, D. Adjustment of Irrigation Schedules as a Strategy to Mitigate Climate Change Impacts on Agriculture in Cyprus. Agriculture 2019, 9, 4.


Dalias P, Christou A, Neocleous D. Adjustment of Irrigation Schedules as a Strategy to Mitigate Climate Change Impacts on Agriculture in Cyprus. Agriculture. 2019; 9(1):4.