Aflatoxin Contamination of the Milk Supply: A Pakistan Perspective
Next Article in Special Issue

Sward structure affects herbage growth, pasture species dynamics, and herbage utilization. Defoliation management has a major impact on sward structure. In particular, tiller size-tiller density compensations allow for the maintenance of herbage growth. Tiller size and tiller density are determined by several major morphogenetical components. Defoliation affects these morphogenetical components, depending on its frequency and its intensity, through several direct and indirect physiological and environmental processes. Due to the implications of leaf area removal, defoliation has a direct effect on the mobilization of C and N reserves and their supply to growing leaves. In addition, defoliation has an indirect effect on leaf and tiller morphogenesis, due to its impact on the light environment within the canopy as well as plant responses to light signals (blue light, red far red ratio). Defoliation may also in some cases have a direct negative effect on leaf growth by damaging leaf meristems. Understanding the respective role of these various physiological and environmental processes requires studies where defoliation, photosynthetic active radiation and light signals are manipulated independently. Past and recent knowledge on these direct and indirect effects of defoliation on plant morphogenesis are discussed, leading to an overall integrated view of physiological and environmental processes that lead to adaptations of sward structure in response to defoliation management. Major consequences for herbage utilization efficiency are presented. View Full-Text
Keywords: sward management; defoliation; leaf growth; tillering; light; grasses sward management; defoliation; leaf growth; tillering; light; grasses
►▼ Show Figures 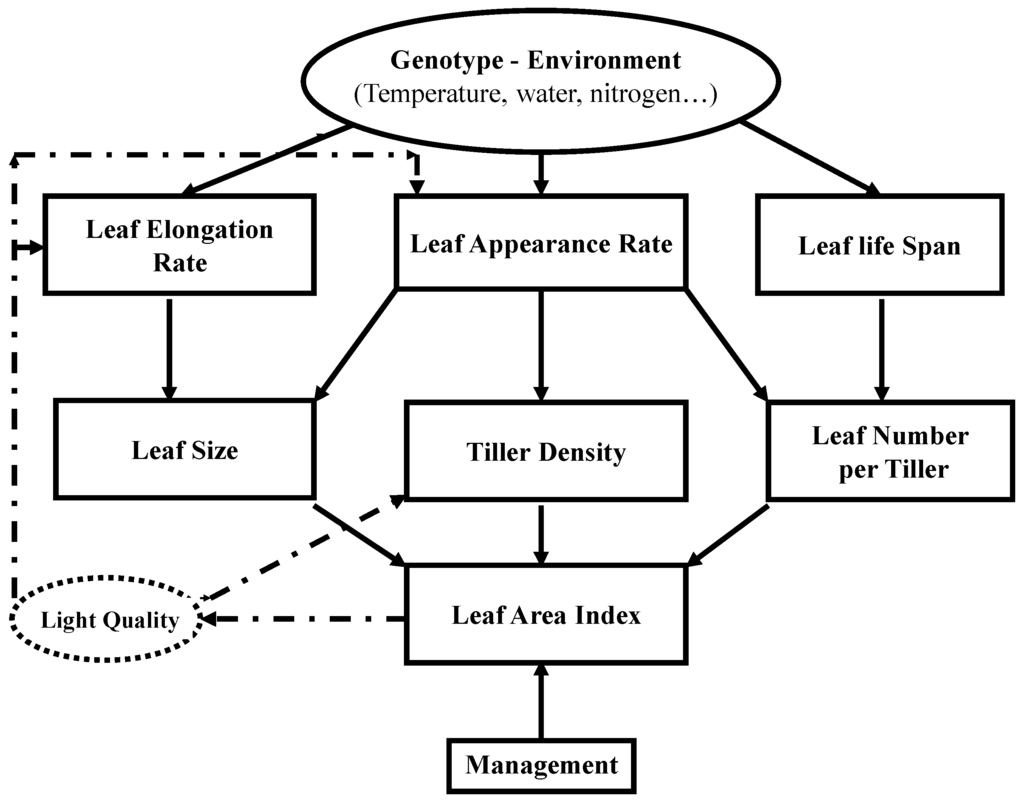