Urban Food Strategy in the Making: Context, Conventions and Contestations

Food poverty and/or food insecurity have become a substantial problem in the advanced capitalist world, with growing portions of people struggling to eat healthy food every day. At the same time, just in the European Union (EU), around 88 million tonnes of food waste are generated annually. We call this paradox the “food paradox”. The question is, how to tackle food paradox? Food banks are usually presented as a win–win solution to tackle the food paradox, despite being quite controversial. Indeed, food banks are highly contested because, according to critics, they do not aim to address the structural causes, but rather they only intervene on the effects of the food paradox. This paper develops the PAHS conceptual framework, the acronym of prefiguration, autonomy, hybridization, and scalability, which provides the four categories through which to explore the transformative potential of food surplus redistribution initiatives. The PAHS is adopted to investigate the case study of Magazzini Sociali, a food bank project developed by IoPotentino, a not-for-profit organization operating in Potenza. The results show a good transformative potential of the organization and provide an example of social innovation that can be replicated in other contexts. View Full-Text
Keywords: transformative potential; food banks; food waste; food donation transformative potential; food banks; food waste; food donation
►▼ Show Figures 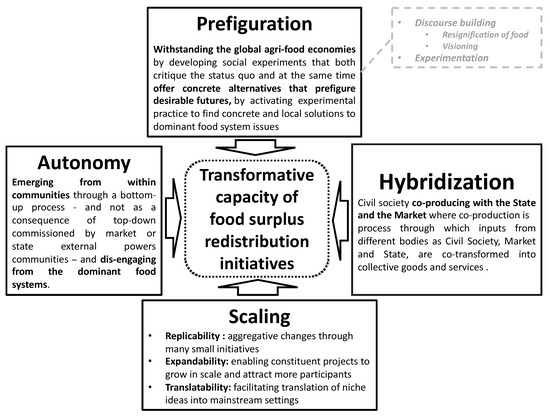 Claudia Giordano
Claudia Giordano is reseracher at the Department of Agri-Food Sciences and Technologies, University of Bologna. She worked as consultant for FAO, the European Commission, Foundations, and NGOs. Special adviser for Agenda 2030 to the former Minister of Research and Education of Italy.
Zoom | Orient | As Lines | As Sticks | As Cartoon | As Surface | Previous Scene | Next Scene
We use cookies on our website to ensure you get the best experience. Read more about our cookies here.
Accept
We have just recently launched a new version of our website. Help us to further improve by taking part in this short 5 minute survey here. here.
Never show this again