Self-Rated Health in Migrant and Non-Migrant Women before, during and after Pregnancy: A Population-Based Study of 0.5 Million Pregnancies from the Swedish Pregnancy Register 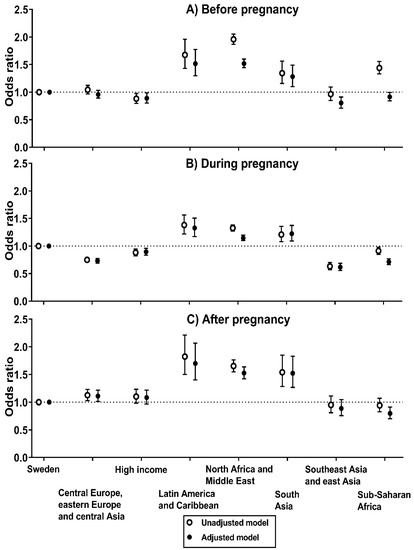