Obesity is a leading cause of morbidity world-wide. Maternal obesity is associated with adverse perinatal outcomes. Furthermore, Obesity has been associated with increased susceptibility to infections. The purpose of this study was to evaluate long-term pediatric infectious morbidity of children born to obese mothers. This population-based cohort analysis compared deliveries of obese (maternal pre-pregnancy BMI ≥ 30 kg/m2) and non-obese patients at a single tertiary medical center. Hospitalizations of the offspring up to the age of 18 years involving infectious morbidities were evaluated according to a predefined set of ICD-9 codes. A Kaplan–Meier survival curve was used to compare cumulative hospitalization incidence between the groups and Cox proportional hazards model was used to control for possible confounders. 249,840 deliveries were included. Of them, 3399 were children of obese mothers. Hospitalizations involving infectious morbidity were significantly more common in children born to obese mothers compared with non-obese patients (12.5% vs. 11.0%, p < 0.01). The Kaplan–Meier survival curve demonstrated a significantly higher cumulative incidence of infectious-related hospitalizations in the obese group (log rank p = 0.03). Using the Cox regression model, maternal obesity was found to be an independent risk factor for long-term infectious morbidity of the offspring (adjusted HR = 1.125, 95% CI 1.021–1.238, p = 0.017).
Keywords: pregnancy; obesity; infections; long term; pediatric hospitalization pregnancy; obesity; infections; long term; pediatric hospitalization

Obesity, defined as a body mass index (BMI) of 30 kg/m2 or more, is a leading cause of morbidity with increasing prevalence worldwide [1]. Obesity is associated with higher rates of multiple morbidities, including endocrine disease such as diabetes mellitus, cardiovascular disease, certain malignancies, and additionally contributes to all-cause mortality in adults [1]. The prevalence of obesity has been constantly rising, as recent data shows more than third of US adults are considered obese [2]. In this survey from 2007 to 2016, obesity among adults raised from 33% to 39%, and specifically in women, obesity rates soared from 35% to 41% in the last decade. Obesity in women of reproductive age (20–39 years) was 31.8% but increased to 58.5% when overweight (25–30 kg/m2) and obese categories were combined [3].
As one of the most common health problems among women of reproductive age, obesity is of special interest in obstetrics. It disrupts female reproductive processes causing more infertility and early pregnancy losses compared to lean women [4]. In pregnancy, obesity is a known risk factor for an array of adverse maternal, fetal and offspring outcomes [5]. These include pregnancy complications such as gestational diabetes mellitus [6] and hypertensive disorders of pregnancy [7], which may also increase the risk for medically indicated preterm deliveries. Intrapartum complications, including higher rate of failure to progress in labor and elevated risk for cesarean delivery [8]. Postpartum complications such as venous thromboembolism and cesarean scar wound infection are also more likely to occur in obese women [9,10]. In the long-term, obesity during pregnancy was found to be associated with future maternal cardiovascular morbidity [11], ophthalmic complications [12], and even malignancies such as ovarian and breast cancer [13,14].
As for the fetus, maternal obesity has been associated with higher risk for congenital anomalies [15], excessive growth with increased risk for macrosomia [16], and even perinatal death [17]. Being born to an obese mother has short and long-term consequences for the offspring, such as low Apgar score, need for resuscitation at birth and post-partum hypoglycemia [18], and later in life, maternal obesity has been associated with childhood obesity, diabetes mellitus and metabolic syndrome, and possibly an increased risk of cardiovascular morbidity for these children [19].
Obesity also affects human immune response leading to an increased susceptibility to infections. Studies report that obese adults and children show an increased incidence of both nosocomial and community-acquired infections [20]. It has been previously suggested that the in-utero environment in pregnancies affected by malnutrition promotes fetal adaptations via metabolic, hormonal, epigenetic, and placental mechanisms that are the cause of future metabolic morbidity in the offspring [21]. It is possible that obesity during pregnancy also promotes an in-utero environment that will affect the fetal future response to infections. Hence, in this study, we sought to evaluate whether maternal obesity in pregnancy influences offspring susceptibility to pediatric infectious morbidity.

In this population based retrospective cohort study, offspring long-term infectious morbidity related hospitalizations were compared among children born to obese and non-obese mothers. The study includes singleton deliveries from a single regional tertiary medical center (Soroka University Medical Center, SUMC). In Israel a prenatal care visits, delivery and offspring hospitalizations are fully covered by national health insurance law, and citizens of all background have access to treatment, therefore our study population is non-selective. The study included deliveries occurring in the hospital between 1991 and 2014, a 23-year period that enables long-term follow-up of the offspring.
Obesity, the independent variable, was defined as a BMI ≥ 30 kg/m2, based on height and weight measurement recorded at the first prenatal visit. Deliveries with no BMI record were considered as non-obese. We excluded multiple pregnancies, fetuses with chromosomal or congenital abnormalities and perinatal mortality cases.
Two databases were merged using patients’ ID number (Maternal ID and that given for the offspring at birth): From the obstetric and pediatric departments, to create the study’s dataset. The obstetric database includes maternal and perinatal information recorded at admission and immediately after delivery by an obstetrician. The pediatric consists of demographic information and ICD-9 codes for all medical diagnoses made during hospitalizations of children in the SUMC pediatric departments). The data entered into the datasets is routinely reviewed by medical secretaries assuring coding and diagnoses are complete and accurate.
Using the obstetric database, we analyzed the maternal characteristics and perinatal outcomes including preterm delivery (<37 weeks’ gestation), low birthweight (defined as birthweight < 2500 g), macrosomia (defined as birthweight > 4000 g), cesarean delivery rates and Apgar scores. For long-term outcomes, we included child hospitalizations up to the age of 18 years involving any infectious morbidity. We used a pre-defined set of ICD-9 codes for infectious conditions that are detailed in the Supplementary Table S1. Follow-up was terminated for any of the following reasons: at first hospitalization involving infectious morbidity, end of the study period, when the child reached 18 years of age, or child mortality unrelated to infectious morbidity.

SPSS package 23rd ed. (IBM/SPSS, Chicago, IL, USA) software was used for statistical analysis. Categorical data are shown in counts and rates and the differences were assessed by chi-square tests. Student t-test was used for comparison of continuous variables with normal distribution. Kaplan–Meier survival curves were used to compare cumulative hospitalization incidences over time among the study groups. The differences between the curves were assessed using the log-rank test. Only the first admission with any infectious-related condition for a given individual was included in the survival analysis.
A cox regression model was constructed to establish an independent association between maternal obesity in pregnancy and future incidence of infectious-related hospitalizations of the offspring while adjusting for confounding and clinically significant variables, such as: Maternal age, maternal hypertensive disorders of pregnancy (chronic hypertension, gestational or preeclampsia with or without severe features and eclampsia), maternal diabetes mellitus (pre-gestational and gestational), chorioamnionitis during labor, preterm delivery, birthweight, lack of prenatal care, and mode of delivery. All analyses were two-sided, and a p-value of ≤ 0.05 was considered statistically significant.

During the years of the study, 249,840 deliveries in SUMC met the inclusion criteria, of which 3399 (1.4%) were of obese mothers. There were 11,454 multiple gestations (4.3%) and 6105 cases of congenital malformations/chromosomal abnormalities (2.3%) that were excluded from the general cohort. In addition, 1990 (0.8%) perinatal mortality cases were excluded from the long-term analysis. Table 1 summarizes selective maternal characteristics and pregnancy outcomes for both groups. Obese mothers were older, had recurrent pregnancy losses and were more likely to undergo fertility treatments. Pre-gestational diabetes mellitus and hypertensive disorders (chronic, gestational, or preeclampsia) were also more prevalent in this group. In addition, induction of labor was significantly more common in obese mothers and cesarean delivery rates were significantly higher as compared to non-obese mothers. Mean birthweight was higher in the obese group and more children were born with birthweight above 4 Kg. In accordance, there were lower rates of LBW infants in the obese group, compared to the non-obese group. Children of obese mothers had lower Apgar scores at 1 min compared to children of non-obese mothers. Incidence of preterm delivery, chorioamnionitis during labor and perinatal mortality was comparable between groups.
Table 2 summarizes the selected long-term infectious morbidities and hospitalization rates of children up to 18 years of age. Children born to obese mothers had significantly higher rates of respiratory, Otorhinolaryngological (ENT), ophthalmic and viral infections, while other infectious morbidities were comparable. Total infectious-related hospitalization rate was significantly higher for children born to obese patients (12.5% vs. 11.0%, OR = 1.158, 95% CI 1.046–1.283, p < 0.01).
In the Kaplan–Meier survival curve (Figure 1), children born to obese mothers had a significantly higher cumulative incidence of hospitalizations involving infectious morbidity, as compared with children born to non-obese mothers (log rank p = 0.03).
The Cox regression model used for the association between long-term risk for infectious-related hospitalization in children (up to the age of 18 years) and maternal obesity in pregnancy is presented in Table 3. The model was adjusted for maternal age, hypertensive disorders (chronic hypertension, gestational hypertension or preeclampsia with or without severe features and eclampsia), diabetes mellitus (pre-gestational and gestational), chorioamnionitis during labor, preterm delivery, birthweight, induction of labor, lack of prenatal care and mode of delivery. As compared to non-obese mothers, maternal obesity during pregnancy exhibited a significant and independent association with the long-term risk for infectious-related hospitalization of the offspring with an adjusted hazard ratio of 1.125 (95% CI 1.021–1.238, p = 0.017).

The findings of this study expands our knowledge on the impact of maternal obesity on future child health and reinforces current recommendations for optimal weight control that should begin before conception. Obese women who have even small weight reductions before pregnancy may have improved pregnancy outcomes [43]. This highlights the importance of pre-conception assessment and screening for obesity to reduce maternal and fetal complications, and a strong recommendation for BMI control should be given routinely to women who are pregnant or planning to conceive. The obstetrician should knowledgably counsel the obese patient on the short and long-term complications of maternal obesity on the neonate, and infectious morbidity possibly being one of them. We believe further studies on this topic will help better understand how obesity in pregnancy is related to offspring immunity and health, and might also highlight pediatric issues that originate in fetal life.

No honorarium, grant, or other form of payment was given to anyone to produce the manuscript. Presented in part at the 39th SMFM Annual Meeting, February 11–16, 2019, Las Vegas, NV. 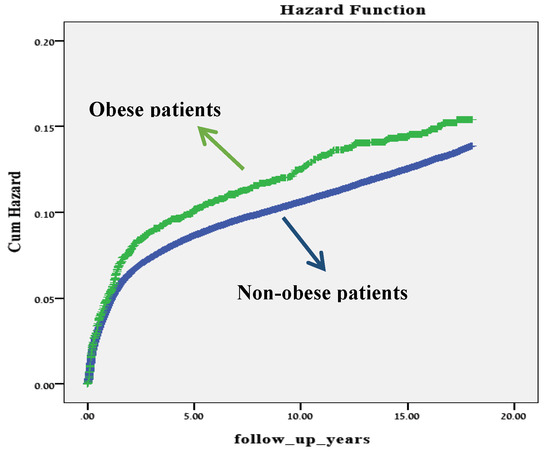 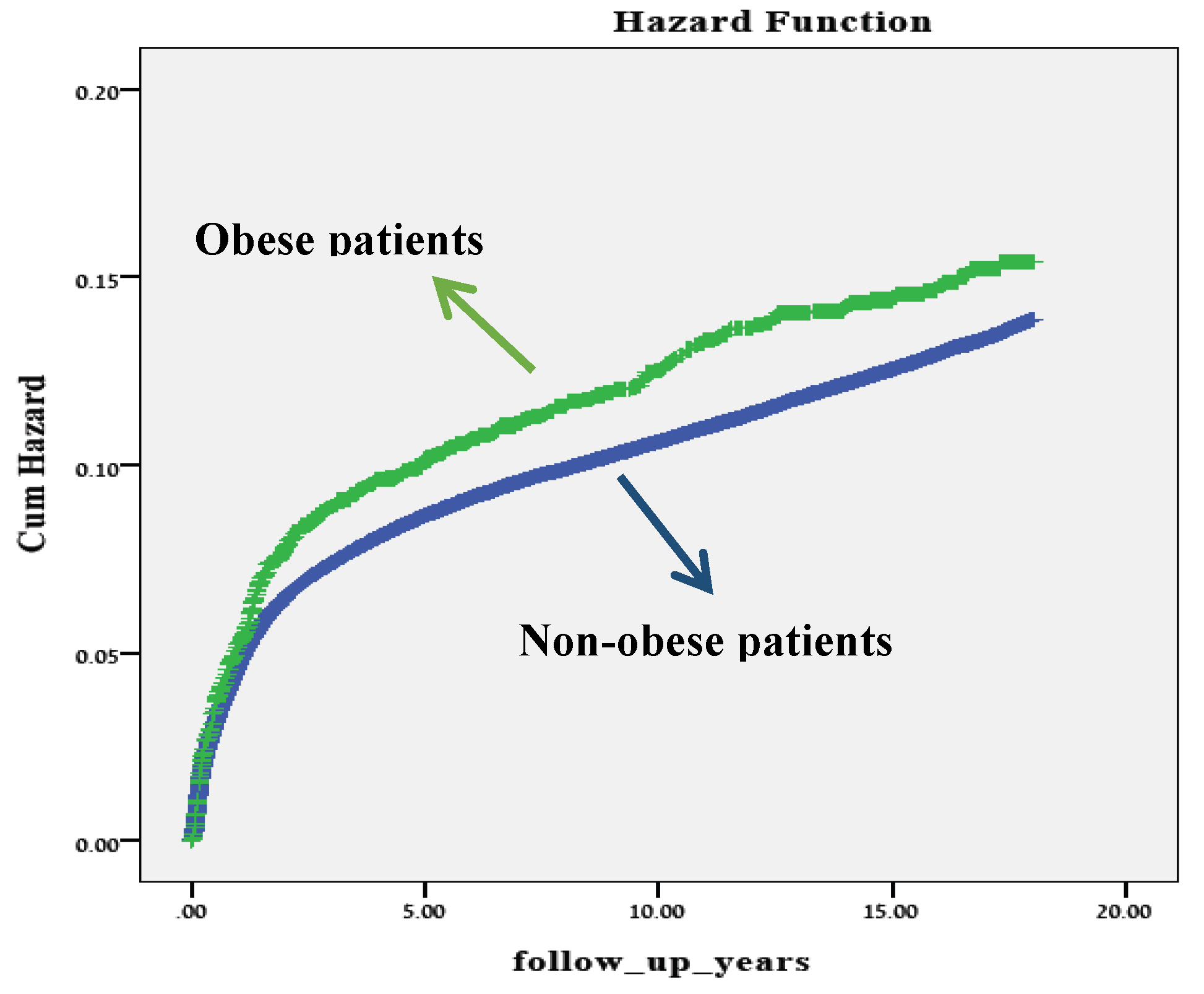