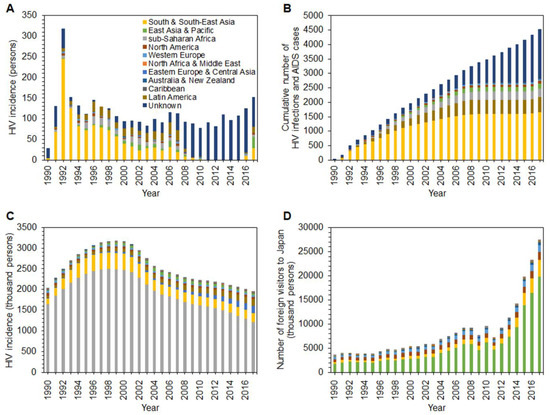 
Shimizu K, Nishiura H, Imamura A. Investigation of the Proportion of Diagnosed People Living with HIV/AIDS among Foreign Residents in Japan. Journal of Clinical Medicine. 2019; 8(6):804.