Biologism in Psychiatry: A Young Man’s Experience of Being Diagnosed with “Pediatric Bipolar Disorder”

Background: There is increasing evidence that bipolar disorder (BD) and conduct disorder (CD) are co-occurring disorders. Magnetic resonance imaging has revealed differences in the structure and function of the frontal cortex in these disorders when studied separately; however, the impact of BD comorbidity on brain structure in adolescents with CD has not yet been examined. Method: We conducted an optimized voxel based morphometry (VBM) study of juvenile offenders with the following diagnoses: conduct disorder with comorbid bipolar disorder (CD-BD; n = 24), conduct disorder without bipolar disorder (CD; n = 24) and healthy controls (HC, n = 24). Participants were 13–17 years of age, in a residential treatment facility for repeat offenders. The three groups in this study were similar in age, gender, socioeconomic status and ethnicity. Results: We found CD-BD subjects had decreased volume relative to controls at the voxel level in the right medial prefrontal cortex (PFC). Using a Threshold-Free Cluster Enhancement (TFCE) technique, the CD-BD subjects had significantly decreased volumes of the right medial prefrontal cortex and portions of the superior and inferior frontal gyrus, anterior cingulate and temporal gyrus. The CD subjects did not have differences in brain volume compared to control subjects or CD-BD subjects. Conclusions: Our findings suggest the comorbidity between CD and BD is associated with neurobiological impact namely volumetric differences from healthy controls. Furthermore subjects with this comorbidity had poorer lifetime functioning, more mood and attentional dysfunction, and more medication exposure than subjects with CD who were not BD. View Full-Text
Keywords: bipolar disorder; conduct disorder; adolescent; MRI; VBM bipolar disorder; conduct disorder; adolescent; MRI; VBM
►▼ Show Figures 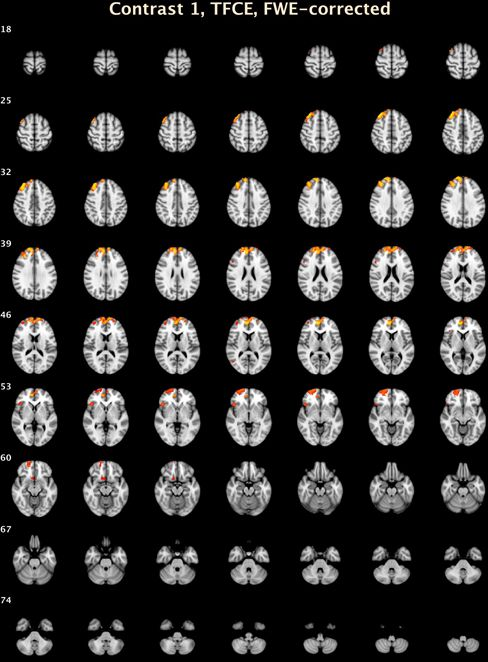