The Use of Antiviral Agents against SARS-CoV-2: Ineffective or Time and Age Dependent Result? A Retrospective, Observational Study among COVID-19 Older Adults
Next Article in Special Issue

Is There Pathological Uniformity between the Periphery and Center of a Gastrointestinal Stromal Tumor?
Previous Article in Special Issue

It has been suggested that Percutaneous Electrical Nerve Stimulation (PENS) can increase muscle strength. No previous study has investigated changes in performance in semiprofessional soccer players. This study compares the effects of adding two sessions of PENS to a training program versus the single training program over sport performance attributes (e.g., jump height and squat speed) in healthy soccer players. A cluster-randomized controlled trial was conducted on twenty-three semiprofessional soccer players who were randomized into an experimental (PENS + training program) or control (single training program) group. The training program consisted of endurance and strength exercises separated by 15-min recovery period, three times/week. The experimental group received two single sessions of PENS one-week apart. Flight time and vertical jump height during the countermovement jump and squat performance speed were assessed before and after each session, and 30 days after the last session. Male soccer players receiving the PENS intervention before the training session experienced greater increases in the flight time, and therefore, in vertical jump height, after both sessions, but not one month after than those who did not receive the PENS intervention (F = 4.289, p = 0.003, η 2 p: 0.170). Similarly, soccer players receiving the PENS intervention experienced a greater increase in the squat performance speed after the second session, but not after the first session or one month after (F = 7.947, p < 0.001, η 2 p: 0.275). Adding two sessions of ultrasound-guided PENS before a training strength program improves countermovement jump and squat performance speed in soccer players. View Full-Text
Keywords: Percutaneous Electrical Nerve Stimulation; soccer; performance Percutaneous Electrical Nerve Stimulation; soccer; performance
►▼ Show Figures 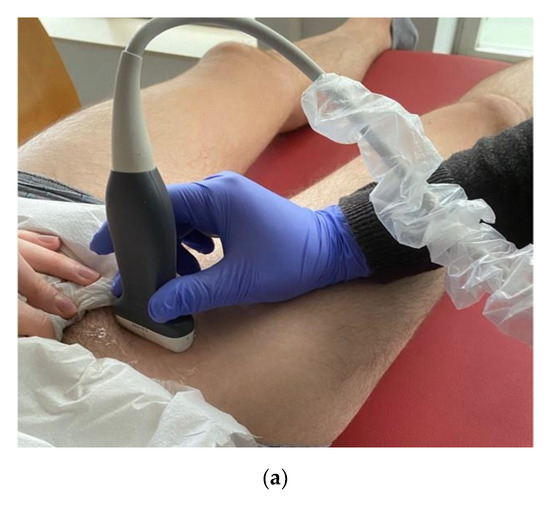