Colloidal Fouling of Nanofiltration Membranes: Development of a Standard Operating Procedure
Next Article in Special Issue

Effect of Sodium and Chloride Binding on a Lecithin Bilayer. A Molecular Dynamics Study
Previous Article in Journal

Concentration of Tea Extracts by Osmotic Evaporation: Optimisation of Process Parameters and Effect on Antioxidant Activity

A conventional fuel cell is an electrochemical power source that continuously converts the stored chemical energy in a fuel to electrical energy as long as there is a continuous supply of fuel. These fuel cells consist of the fuel, oxidant, and the anodic and cathodic substrate materials. The anodic and cathodic substrates are typically separated by a semi-permeable membrane. Michael Cresse Potter in 1911 conceptualized and described a biofuel cell consisting of two platinum electrodes in the presence of E. coli, where a potential difference was observed between the two platinum electrodes. Since then, different biofuel cells have been developed and can be categorized as follows [1]:
However, biofuel cells differ slightly from conventional fuel cells, in that they employ naturally occurring proteins or microorganisms as the biocatalysts for the anodic and cathodic substrate materials to catalyze the electrochemical reactions between the fuel, oxidant, and the biocatalysts. Biocatalysts such as enzymes have high electrocatalytic activity at moderate conditions (pH and temperature). In addition, they are renewable and can be developed to oxidize many different fuels. These characteristics render biocatalysts as attractive alternatives to metal catalysts employed in conventional fuel cells. Herein, we explore the study of different membranes, which have been used in organic biofuel cells employing both enzymatic and microbial fuel cells. 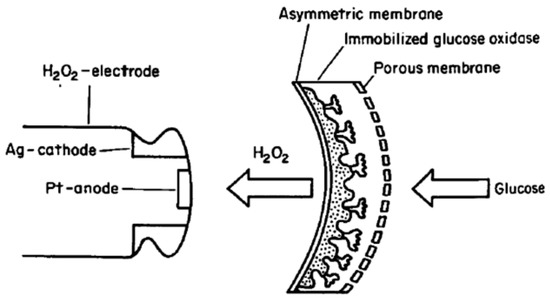