Vaccines are among the greatest public health achievements of the last two centuries. They are estimated to save 2–3 million lives each year [1]. Vaccines have successfully eradicated smallpox and have greatly reduced the incidence of several major diseases such as poliomyelitis and measles. [2] Licensed vaccines are now available to prevent over 30 different infectious diseases, several of which can be combined or co-administered during the same vaccination visit [3]. Targets of prevention are not only children: indeed, elderly people, adolescents, pregnant women, people suffering from chronic and immune-compromising diseases represent new target groups. Vaccines can even help to prevent cancer [1,4]. To date, the success of vaccinations has made possible the reduction in burden due to preventable infectious diseases.
As people have no longer had contact with these diseases, the fear of adverse reactions to vaccines has increased and a new resumption of “vaccine hesitancy” movements has been seen in recent years. Parents and patients, worried more for vaccine risks than for the disease and related complications, are choosing to delay or refuse vaccines or asking for alternative vaccination schedules [5,6,7,8]. Having no experience with preventable diseases, parents do not feel the need to immunize their children. At the same time, trust in institutional medicine has decreased. Actually, the strategy to talk to parents with an open-ended or presumptive approach, or with motivational interviewing to reduce the knowledge gap in patients with educational materials or other methods, do not seem to be effective at all. Relying on the provider–patient relationship and on the policy of vaccination as a school entry mandate seems to give results [9]. On the other hand, anti-vaccination groups have improved their communication techniques: blogs, internet websites, media, social-media, YouTube videos, famous testimonials [9].
In this scenario, to limit vaccine hesitancy is fundamental to involve primary care physicians and pediatricians in these new tools. In order to identify, plan and implement effective communication strategies, healthcare professionals should be trained and skilled in innovative methods and new media [10]. Particularly, web-based interventions and social media tools could be now considered promising approaches [11]. As an example, the European Vaccine Today project (which has developed an online platform to inform and discuss on vaccination in March 2011) established that tools such as Google AdWords or Facebook advertising are useful to address web users, searching for vaccine information, towards websites that spread valuable scientific content [12]. In addition, the ESCULAPIO project, funded by the Italian Ministry of Health, identified the important role of these new information sources, in order to address adequate strategies to improve information on vaccines and vaccine preventable diseases [13].
In Italy, the Italian Society of Hygiene and Preventive Medicine (SItI) developed in 2013 the national VaccinarSì Project [14]. This project received the institutional patronage of the Italian Ministry of Health and initiated collaborations with the other Italian scientific societies involved in immunization programs and policies, as the Italian Society of General Practice and Primary Care (SIMG), the Italian Federation of Family Pediatricians (FIMP) and the Italian Federation of General Practitioners (FIMMG). Following the success of the National portal [14,15], some regions began to develop a regional version of the website. The current 10 regional websites (VaccinarSinVeneto, VaccinarSinToscana, VaccinarSinPuglia, VaccinarSinSicilia, VaccinarSinLiguria, VaccinarSinSardegna, VaccinarSinCampania, VaccinarSinLazio, VaccinarSinelleMarche and VaccinarSinTrentino) [16] provide reports with clear, coherent and scientifically reliable information on issues of territorial relevance and respond to local information needs. In fact, in Italy, it is strategic to have regional sites that provide local information, because the regions have some degree of autonomy in the management of health systems, particularly in the prevention activities (such as the writing of regional vaccination calendar and organization of immunization centers).
One of the regional websites (VaccinarSinToscana) was developed by the Department of Health Sciences (University of Florence). The goal of this website is to communicate and educate the general population, as well as the healthcare community, about vaccines using the new social media. A specific aim of the website is to produce and disseminate evidence-based, solid, comprehensive, understandable, and updated information about vaccines, counterbalancing the misleading and erroneous information circulating on the web, in order to increase vaccination confidence. In particular, among the principal activities of the website is to provide information on vaccines and communicate to the population at a regional and local level.
The aim of this paper is to present the VaccinarSinToscana website framework; show all the activities carried out in order to ensure correct information, especially at the local level; describe the socio-demographic characteristics of the users (gender, age); and analyze the three-year activity of the website and the related social network account on Facebook with regard to dissemination and visibility, which were assessed in terms of number of single users, visits and single web pages visited. Therefore, we expect that more and more users will access the website VaccinarSinToscana in the future and that the website will become an example of an active tool to spread correct information about vaccinations in the general population.

The VaccinarSinToscana website was initially funded by the Italian Ministry of Health, through a competitive call of the Italian Center of Disease Control in 2014 (CCM-2014) and actually is funded by the Department of Health Sciences (University of Florence). The website received the institutional patronage of the Tuscany Region. Members of the scientific committee, the operational board and the communication task force work at the VaccinarSinToscana website on a voluntary basis.

The website is open and freely accessible to the public. The portal includes four different sections, the same as the national and the other regional websites. The first section reports National and Regional Policies about vaccination and the updated Regional Vaccination Calendar. The second describes vaccine-preventable diseases, available vaccines, vaccine benefits and risks, scientific evidences against misinformation on vaccinations and recommendations for international travelers. The third provides up-to-date information on vaccination clinics in the regional territory: particularly, information on addresses, opening hours and contacts. The fourth is the section dedicated to News and Events. The News section includes brief texts, reporting on recent published scientific studies, guidelines, immunization schedules, recently released epidemiological data and infectious disease outbreaks of international, national and regional relevance. The Event section lists relevant regional conferences, congresses and seminars in the field of immunization and infectious diseases.
The VaccinarSinToscana social network account on Facebook reports the website updates with a direct connection with the portal.

The experience with the VaccinarSinToscana portal, together with the other national and regional channels, shows that institutional websites and social networking with evidence-based information could be useful tools for users and health professionals in order to reach the empowerment of the population in making aware choices on immunization and the objectives of public health. 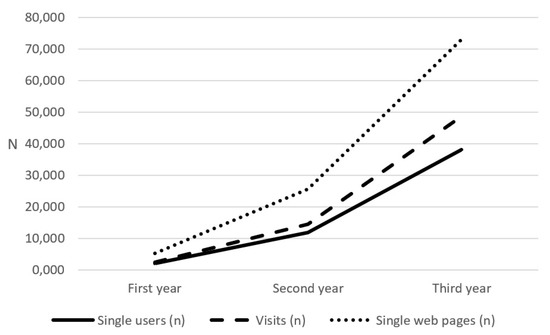 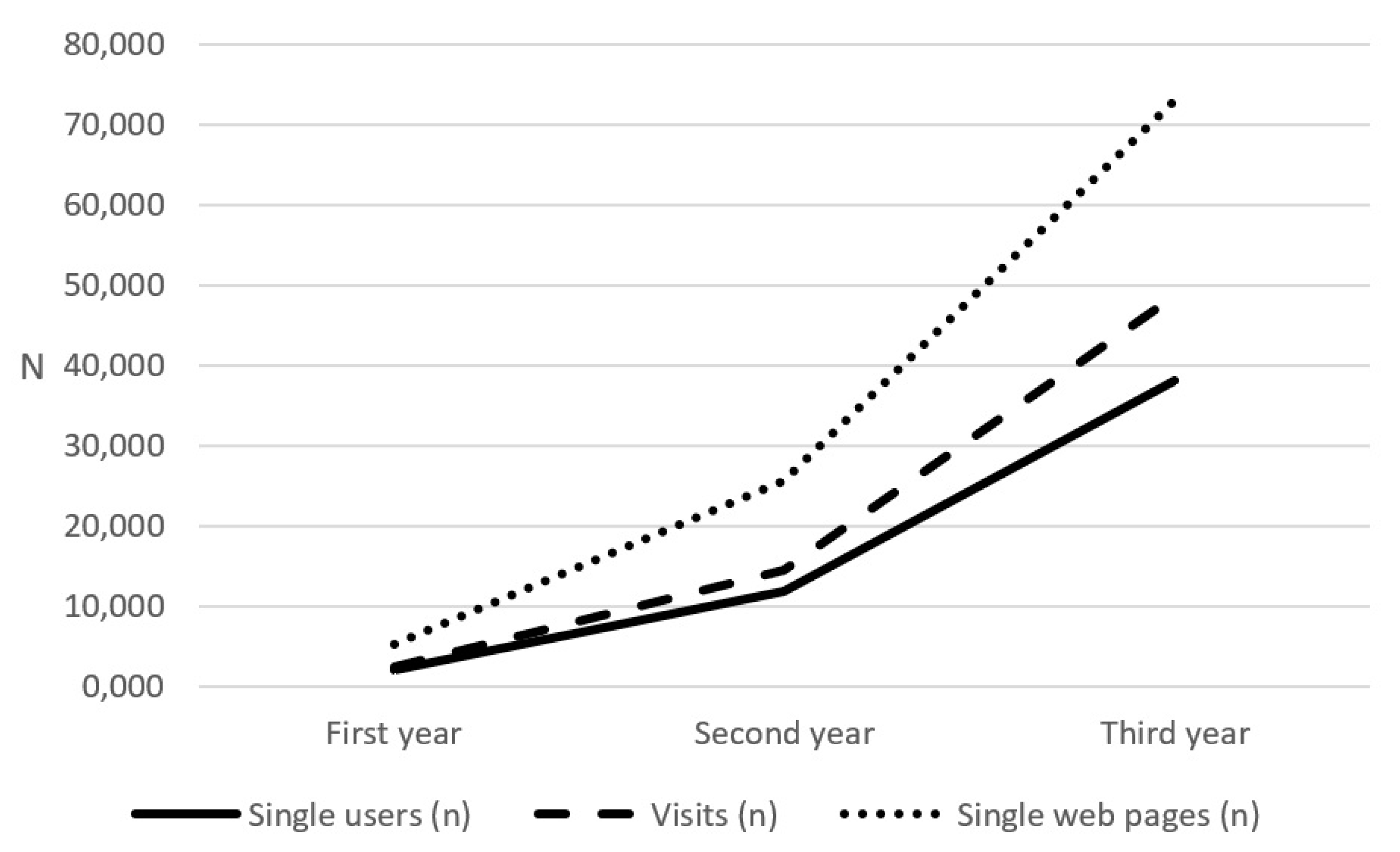 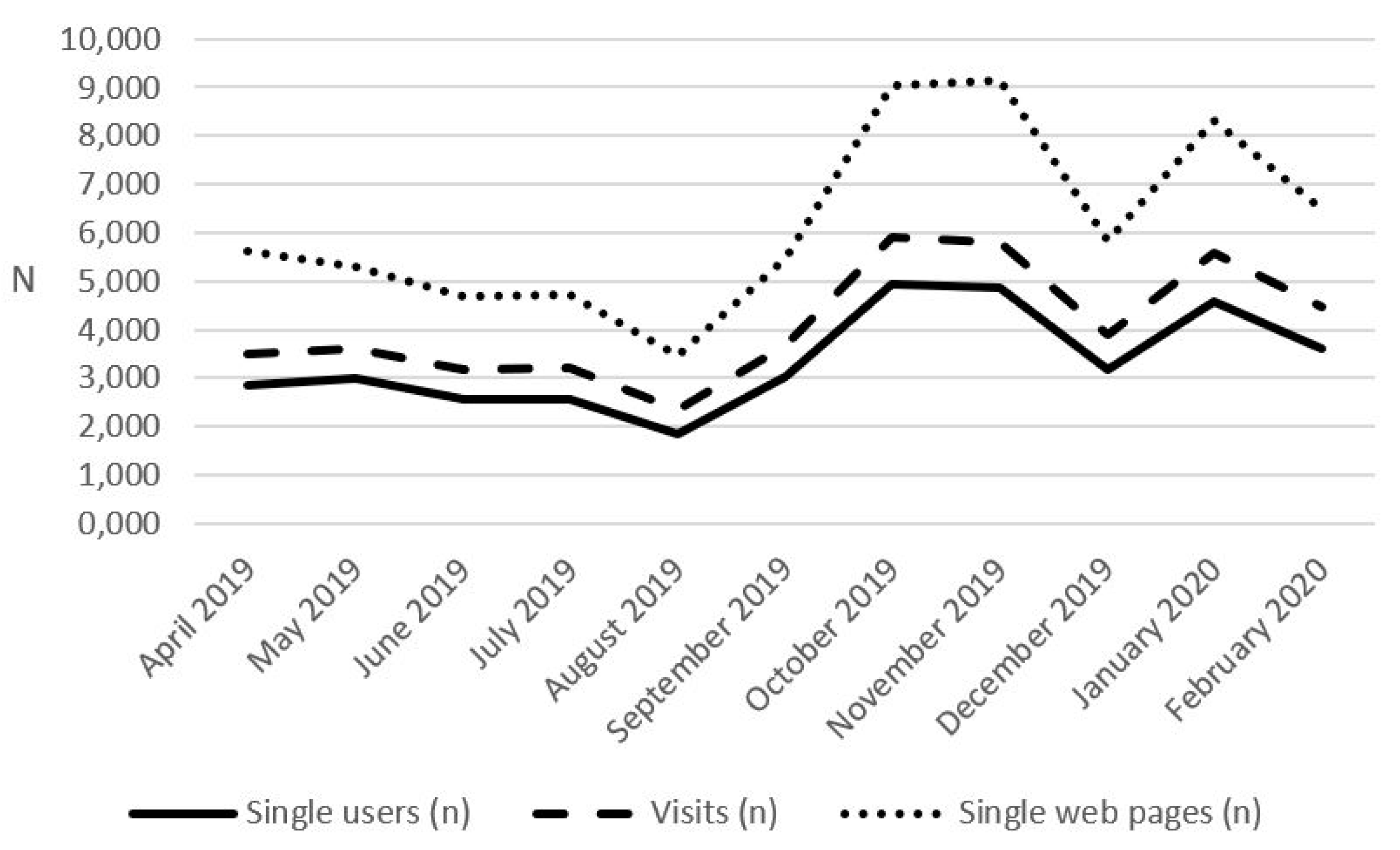 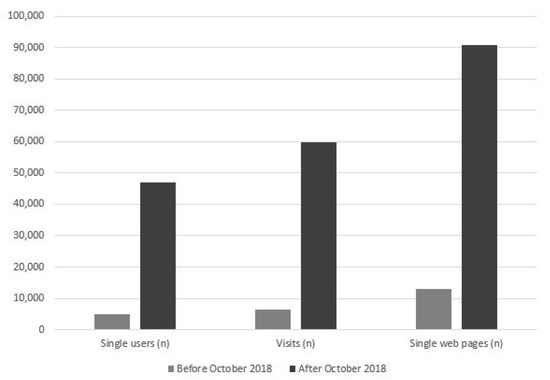