The Sulfilimine Analogue of Allicin, S-Allyl-S-(S-allyl)-N-Cyanosulfilimine, Is Antimicrobial and Reacts with Glutathione

When cells of garlic (Allium sativum) are disrupted by wounding, they produce the defense substance allicin (diallylthiosulfinate). Allicin is an efficient thiol trap and readily passes through cell membranes into the cytosol, where it behaves as a redox toxin by oxidizing the cellular glutathione (GSH) pool and producing S-allylmercaptoglutathione (GSSA). An N-cyanosulfilimine analogue of allicin (CSA), which was predicted to have similar reactivity towards thiol groups but be more stable in storage, was synthesized and its properties investigated. Similarly to allicin, CSA was shown to inhibit the growth of various bacteria, a fungus (baker’s yeast), and Arabidopsis roots. A chemogenetic screen showed that yeast mutants with compromised GSH levels and metabolism were hypersensitive to CSA. GSH reacted with CSA to produce allyltrisulfanylglutathione (GS3A), which was a white solid virtually insoluble in water. Yeast Δgsh1 mutants are unable to synthesize GSH because they lack the γ-glutamylcysteine synthetase (GSH1) gene, and they are unable to grow without GSH supplementation in the medium. GS3A in the growth medium supported the auxotrophic requirement for GSH in Δgsh1 mutants. This result suggests that GS3A is being reduced to GSH in vivo, possibly by the enzyme glutathione reductase (GR), which has been shown to accept GSSA as a substrate. The results suggest that CSA has a mode of action similar to allicin and is effective at similar concentrations. View Full-Text
Keywords: allicin analogue; N-cyanosulfilimine; glutathione reductase allicin analogue; N-cyanosulfilimine; glutathione reductase
►▼ Show Figures 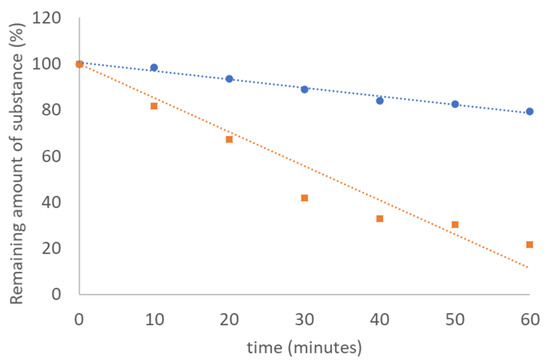