A Comparison of Total Antioxidant Capacities of Concord, Purple, Red, and Green Grapes Using the CUPRAC Assay
Next Article in Special Issue

Antioxidant and Antiradical Activity of Coffee

Antioxidant Potential of the Extracts, Fractions and Oils Derived from Oilseeds

The polyphenolic extracts and oils were obtained from ajwain, mustard, fenugreek and poppy seeds. The extracts were partitioned into acidic and neutral polyphenolic fractions and following estimation of total phenolics in the crude extract, acidic and neutral fractions and oil, all were analyzed for their DPPH (2,2-diphenyl-1-picrylhydrazyl) scavenging potential, ferric reducing ability and chelating power. The highest amount of polyphenols was found in ajwain (8330 ± 107), then in mustard seeds (2844 ± 56.00) and in fenugreek (1130 ± 29.00), and least in poppy seeds (937 ± 18.52). The higher amounts of polyphenols were estimated in neutral fraction compared to acidic (p < 0.05). % Inhibition of DPPH by the crude extract and fractions of all oilseeds was quite significant, being higher for acidic than neutral. The highest % DPPH inhibition was shown by ajwain extract than mustard > fenugreek and least by poppy seed extracts (p < 0.05). The reducing power and the chelating effect of the oilseeds followed the same order as DPPH, but higher % chelation was shown by neutral than acidic fraction (p < 0.05). Though low in polyphenols, the oil fractions were as strong antioxidants as the acidic one. Though oilseeds are used in very small quantity in food, they are potential sources of natural antioxidants and may replace synthetic ones. View Full-Text
Keywords: antioxidant activity; polyphenols; ajwain; fenugreek; poppy; mustard; seed oil antioxidant activity; polyphenols; ajwain; fenugreek; poppy; mustard; seed oil
►▼ Show Figures 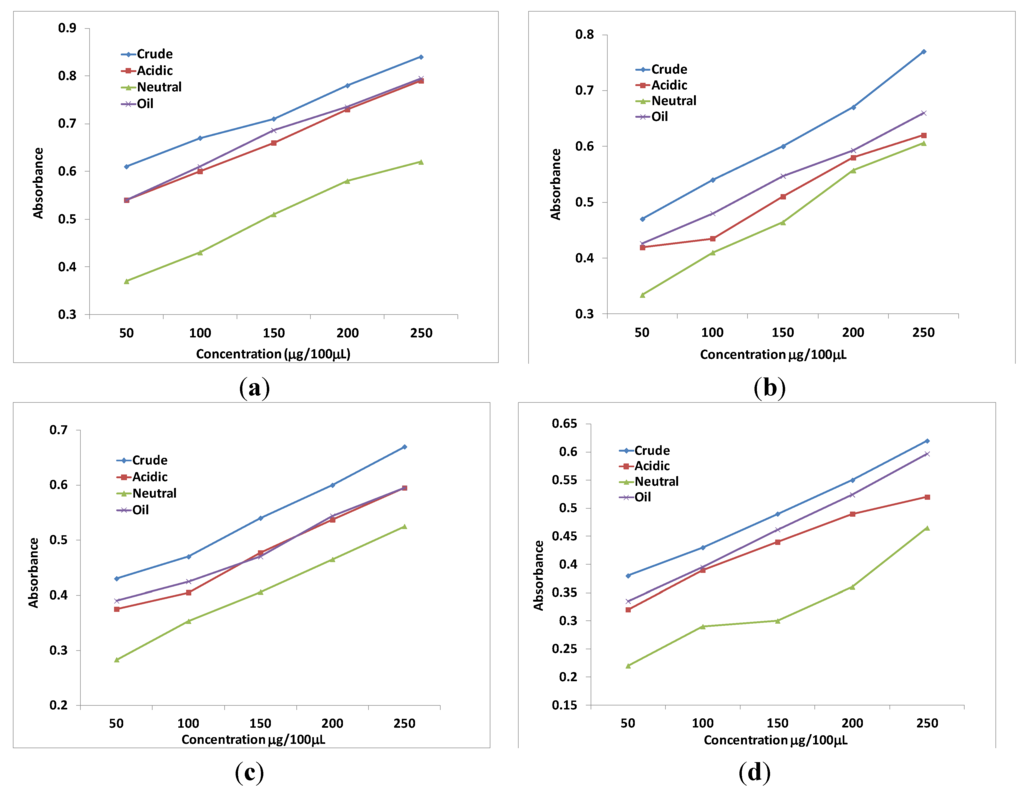