Background: Although cooccurrence of nonsubstance use disorders (non-SUDs) and substance use is well-established in the literature, most of what we know in this regard is derived from studies that have recruited predominantly White sample populations. As a result, there is a gap in knowledge on this link among low-income African Americans (AAs). There is also a need to understand how low-income AA men and women differ in these associations. Objective: To study whether there is an association between number of non-SUDs and amount of alcohol consumption by AA adults, and whether this association varies between AA men and women. Methods: This cross-sectional study recruited a nonrandom sample of 150 AA adults with non-SUDs (i.e., major depression, bipolar disorders, obsessive–compulsive disorder, paranoid disorder, panic disorder, posttraumatic stress disorder (PTSD), and schizoaffective disorder). The independent variable was the number of non-SUDs. The dependent variable was the amount of alcohol consumption. Age, socioeconomic status (educational attainment and household income), and self-rated health were covariates. Gender was the moderator. Linear regression models were used to analyze the data. Results: A higher number of non-SUDs was not associated with a higher amount of alcohol use in the pooled sample of AA adults. We, however, found a significant interaction between gender and number of non-SUDs on the amount of alcohol use, suggesting a stronger effect of non-SUDs on alcohol consumption in AA men than in AA women. Gender-stratified linear regression models showed a positive association between number of non-SUDs and amount of alcohol consumption in AA men but not in AA women. Conclusion: Non-SUDs impact alcohol use of AA men but not women. Future research should test whether AA men may have a higher tendency to turn to alcohol to regulate their emotions and cope with psychological pain due to multiple non-SUDs. The results also suggest that integration of services for SUDs and non-SUDs may be more relevant to provision of mental health services for AA men than AA women. View Full-Text
Keywords: race; gender; Blacks; African Americans; ethnic groups; psychiatric disorders; alcohol use race; gender; Blacks; African Americans; ethnic groups; psychiatric disorders; alcohol use
►▼ Show Figures 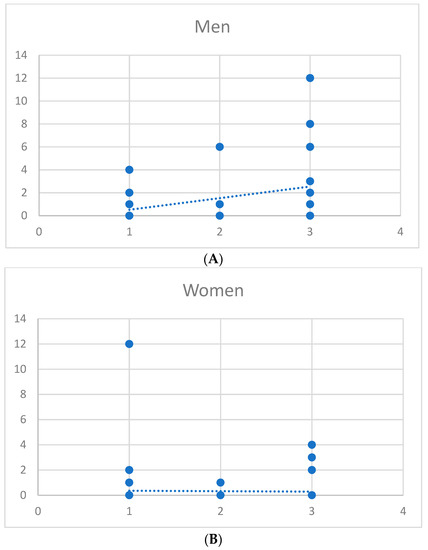