Hereditary spastic paraplegias (HSPs) are a group of neurodegenerative disorders characterized by weakness and spasticity of the lower extremities. HSPs are heterogeneous disorders that involve over 80 causative genes. The frequency of HSPs is estimated to be 10–100/1,000,000. With this background, the Japanese research group “Japan Spastic Paraplegia Research Consortium: JASPAC” was organized in 2006 to elucidate the molecular epidemiologies of HSPs in Japan and the molecular pathologies of HSPs. To date, the JASPAC has collected 714 HSP families and analyzed 488 index patients. We found 279 pathogenic variants or probable pathogenic variants of causative genes in the 488 HSP patients. According to our results, we found 178 families with autosomal dominant patients (65%), and 101 with autosomal recessive and sporadic patients (48%). We found 119 patients with SPG4, 17 with SPG3A, 15 with SPG31, 13 with SPG11, and 11 with SPG10. Other HSP genes were the cause in less than five patients. On the other hand, we could not find causative genes in 35% of the autosomal dominant patients, or 52% of the autosomal recessive and sporadic patients. We are now trying to find new causative genes and elucidate the molecular mechanisms underlying HSPs.
Keywords: hereditary spastic paraplegias; JASPAC; SPG4; SPG3A; SPG31; SPG10 hereditary spastic paraplegias; JASPAC; SPG4; SPG3A; SPG31; SPG10

Hereditary spastic paraplegias (HSPs) are a group of neurodegenerative disorders characterized by weakness and spasticity of the lower extremities. HSPs are classified clinically, or as to the inheritance pattern, or causative genes. According to clinical information, HSPs are classified into a pure form, which presents leg spasticity accompanied by bladder disturbance and disturbance of vibration sense, and a complicated form, which presents leg spasticity and a lot of complications such as ataxia, a thin corpus callosum, chorioretinal dystrophy, mental retardation, extrapyramidal signs, and peripheral neuropathy [1]. As to the mode of inheritance, HSPs are classified into autosomal dominant, autosomal recessive, X-linked, and mitochondrial inheritance. Complicated forms tend to exhibit autosomal recessive rather than autosomal dominant inheritance. To date, the causative genes or gene loci of HSPs, from SPG1 to SPG79, have been reported, and other hereditary diseases including Autosomal recessive spastic ataxia of Charlevoix-Saguenay (ARSACS), Chediak-Higashi syndrome, adrenoleukodystrophy, dystonia 4, and others, also exhibit leg spasticity as their one of the symptoms.
There are estimated to be 3–10 HSP patients per 100,000 individuals in Europe [2,3]. On the other hand, in Japan, there are estimated to be 0.2 cases per 100,000 individuals [4]. However, it has not been understood what subtypes of HSP exist in Japan. Furthermore, there is no causative treatment for HSPs so far. Therefore, the Ministry of Health, Labor and Welfare in Japan formed the Research Committee for Ataxic Disease to clarify the molecular epidemiology and pathogeneses of ataxic diseases including HSPs, and to identify targets of treatment. The Japan Spastic Paraplegia Research Consortium (JASPAC) is one of the groups of the Research Committee for Ataxic Disease. Here, we describe the JASPAC and its findings in detail.

The JASPAC was established in 2006. Its purpose was to collect genome resources for HSPs, to conduct comprehensive mutation analysis, to clarify the molecular epidemiologies of HSPs, and to clarify the molecular pathogeneses of HSPs. We collected HSP families using the family history or clinical information. Our HSP families include probands having affected parents or children, probands having an affected brother or sister, probands having parents of consanguineous marriage, and probands showing a complicated form with normal parents. According to our criteria, we have already recruited 714 patients. Written informed consent was obtained from all participants. We collected neurological examination results through our survey form.
Our previous flow chart for the comprehensive mutation analysis is presented in Figure 1. Patients determined to be autosomal dominant were subjected to direct sequencing of SPG4 and SPG31 at first. Patients with dementia or a thin corpus callosum and mental retardation were subjected to direct sequencing of SPG11 at first. Then, other patients and patients with no mutation of SPG4, SPG31, or SPG11 were subjected to rearrangement analysis by means of comparative genomic hybridization. The next analysis was resequencing microarray analysis. Finally, whole-exome analysis was performed. Exon capture was performed using a SureSelect All Exon V4+UTRs Kit and a V5+UTRs or V6+UTRs Kit followed by massively parallel sequencing using an Illumina Hiseq 2000 (100bp paired end). We aligned the exome data with a Burrows-Wheeler Aligner and extracted single nucleotide variations using Sequence Alignment/Map (SAM) tools. We checked for causative genes of neurodegenerative diseases. Furthermore, we compared the variants and their frequencies in an in-house control database consisting of 1261 subjects registered in Exome Aggregation Consortium (ExAC). We removed variants with a minor allele frequency of >0.2%, considering the disease frequency of HSP in Japan. Currently, we are performing whole-exome analysis before comparative genomic hybridization and resequencing microarray analysis. To date, we have completed the analysis in 383 patients.

Our comprehensive mutation analysis revealed causative gene mutations in 224 HSP patients (58%). According to earlier reports [7,8], exome analysis revealed causative variants in 36% and 46% of their case series. Our HSP patients were collected carefully, which meant patients have to have a clear family history of autosomal dominant inheritance, severe phenotype or a family history that indicated autosomal recessive inheritance. This might have led to the high percentage of genetic diagnosis.
This study further expands the earlier molecular analyses of HSPs in Japan [7]. SPG4 is the most frequent cause of HSPs in Japan, as it is worldwide. It is the most frequent in 26% of the HSP families, which is similar to the earlier reported frequency [8]. Only three other HSPs, i.e., SPG31, SPG3A and SPG11, were found in over ten patients. HSPs with less than ten patients were caused by 44 genes. This indicates that HSPs are extremely heterogeneous diseases.
Furthermore, 24 genes, which comprise half the causative genes identified in this study, are not “SPG” genes, including the causative genes of Parkinson’s disease, amyotrophic lateral sclerosis, adrenoleukodystrophy, and others. These hereditary neurodegenerative disorders sometimes reveal upper motor neuron impairment. Furthermore, hereditary neurodegenerative diseases often involve several impaired systems, including the pyramidal tracts. Therefore, it is necessary to analyze genes comprehensively. JASPAC is succeeding in performing comprehensive gene analysis of HSP patients.
Our other purpose is to clarify the natural histories of HSPs and molecular pathogeneses of HSPs. To clarify the natural histories, we are tracking collected patients prospectively. Furthermore, we are now trying to find new causative genes and elucidate the molecular mechanisms underlying HSPs.

This work was supported by Grants-in-Aid from the Research Committee for Ataxic Disease (Y.T.), the Ministry of Health, Labor and Welfare, Japan, JSPS KAKENHI Grant Numbers JP17K17772 (K.K.) and JP18K07495 (Y.T.) from the Ministry of Education, Culture, Sports, Science, and Technology, Japan, and grants for AMED under Grant Number JP 17ek0109078 (Y.T.).

We thank all participants and cooperating doctors in the Japan Spastic Paraplegia Research Consortium. 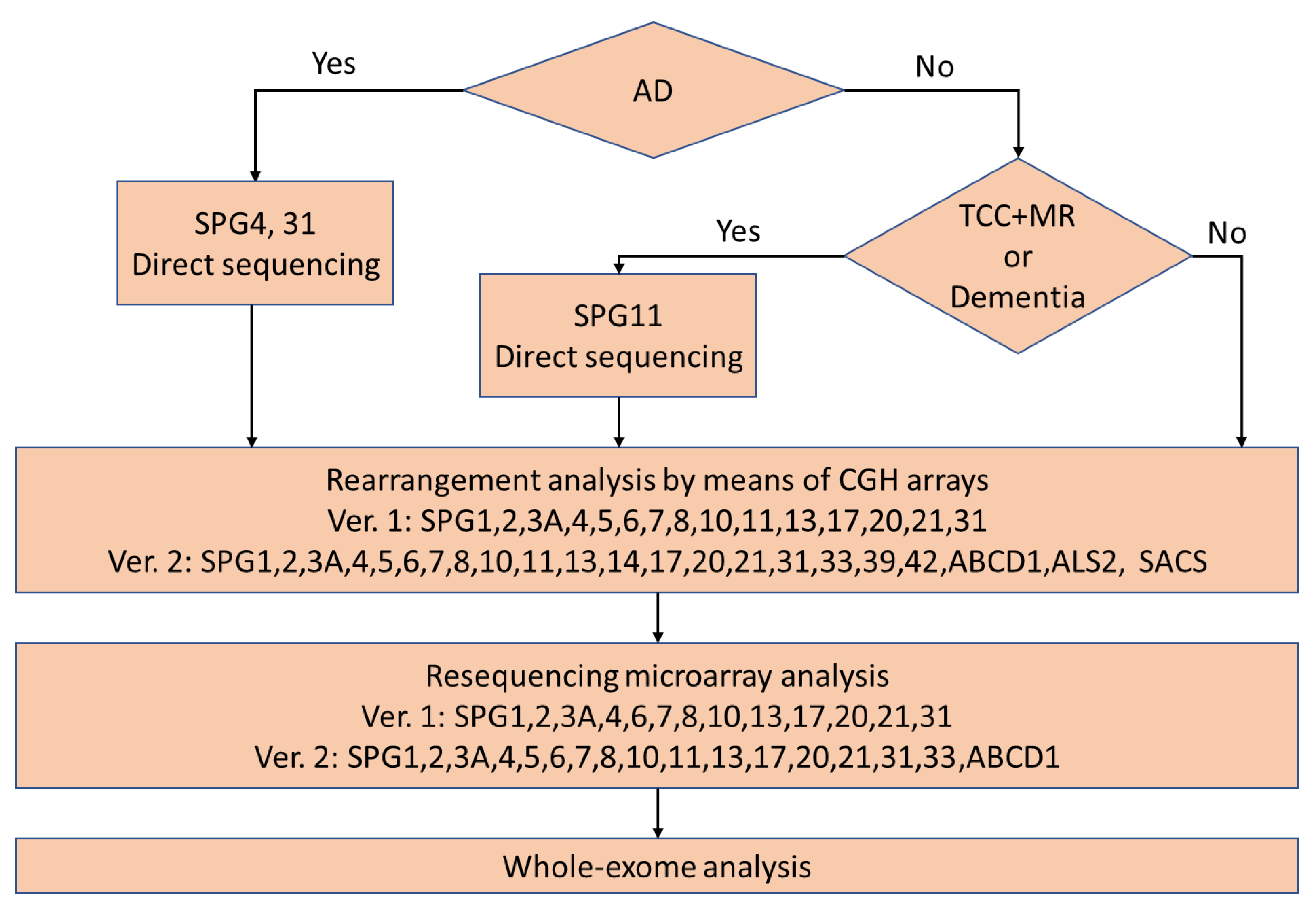 Table 2. Clinical information on common HSPs.
Table 2. Clinical information on common HSPs.
© 2018 by the authors. Licensee MDPI, Basel, Switzerland. This article is an open access article distributed under the terms and conditions of the Creative Commons Attribution (CC BY) license (http://creativecommons.org/licenses/by/4.0/).
We use cookies on our website to ensure you get the best experience. Read more about our cookies here.
Accept
We have just recently launched a new version of our website. Help us to further improve by taking part in this short 5 minute survey here. here.
Never show this again