Can experience change perception? Here, we examine whether language experience shapes the way individuals process auditory and visual information. We used the McGurk effect—the discovery that when people hear a speech sound (e.g., “ba”) and see a conflicting lip movement (e.g., “ga”), they recognize it as a completely new sound (e.g., “da”). This finding that the brain fuses input across auditory and visual modalities demonstrates that what we hear is profoundly influenced by what we see. We find that cross-modal integration is affected by language background, with bilinguals experiencing the McGurk effect more than monolinguals. This increased reliance on the visual channel is not due to decreased language proficiency, as the effect was observed even among highly proficient bilinguals. Instead, we propose that the challenges of learning and monitoring multiple languages have lasting consequences for how individuals process auditory and visual information.
Keywords: speech perception; bilingualism; multisensory integration; McGurk effect; language speech perception; bilingualism; multisensory integration; McGurk effect; language

Fifty-one young adults with normal hearing participated in this study (see Table 1 for participant demographics). Participants belonged to one of three groups: English-speaking monolinguals, early Korean-English or English-Korean bilinguals, and late Korean-English bilinguals. Early bilinguals varied in whether English or Korean was acquired first, but both English and Korean were learned before age 7. On average, early bilingual participants were comparably proficient in their two languages, as measured with the Language Experience and Proficiency Questionnaire [39]. Late bilinguals all spoke Korean as a first language and learned English as a second language after the age of 7. Late bilingual participants were slightly, but not significantly, more proficient in Korean than in English. Monolingual participants were native speakers of English who listed either limited or no proficiency in languages other than English. Between-group comparisons of proficiency are presented in Table 1.

Syllables were produced by a female native speaker of English. There were six syllables presented: /ba/, /da/, /ga/, /pa/, /ta/, and /ka/. Auditory intensity of each sound and video file was normalized at 60 dB peak to peak. The babble noise was presented at 70 dB sound pressure level (SPL; +10 dB compared to the stimuli). Speech sounds and noise were delivered through disposable earbuds. The use of earbuds ensured a consistent proximity between the subject and the source of the auditory stimuli, and limited exposure to unintended ambient sounds. Visual stimuli were displayed using a 27-inch iMac computer using MATLAB. The screen resolution on the computer was set at 2560 × 1440 pixels. The visual stimuli were rendered at 640 × 480 pixels with a digitization rate of 29.97 frames per second (33.33 ms/frame), and the stereo stimuli were digitized at 44.1 kHz with 32-bit resolution. Incongruent videos were created by aligning the consonantal burst of the audio file (e.g., ‘ba’) with the consonantal burst of the underlying audio portion of the video file (e.g., ‘ga’) within ±5 ms, as described by van Wassenhove, Grant, and Poeppel [40,41]. Auditory-only stimuli were obtained by extracting the audio from the videos. Instead of a video, participants saw a static image of the speaker with her mouth closed while only the auditory stimulus was played. All stimuli were generously provided by Dr. Ken Grant from the Walter Reed National Military Medical Center.
The /ba/ and /pa/ auditory trials served as critical trials. When paired with visual stimuli /ga/ or /ka/, participants may perceive the actual auditory input (/ba/ or /pa/), the actual visual input (/ga/ or /ka/), or a fused percept of the two (/da/ or /ta/). To ensure that auditory stimuli other than /ba/ or /pa/ were potential candidates for selection, trials with a true /da/, /ta/, /ga/, and /ka/ auditory stimulus were added as filler trials. For audio-only trials, each syllable was presented ten times in each of the two conditions (quiet and noise), leading to 40 critical trials and 80 filler trials. As with audio-only trials, audiovisual critical syllables were presented ten times in each of the four conditions (including congruent and incongruent trials) for a total of 80 audiovisual critical trials. For audiovisual filler trials, because incongruent trials with true auditory stimuli of /ba/ or /pa/ may lead speakers to respond with the video-consistent syllable (/ga/ and /ka/) or the fused syllable (/da/ and /ta/), there would be fewer perceived instances of /ba/ or /pa/. To compensate for this difference and create the sense of a more equal distribution across the six possible syllables, there was a 1:1 ratio of critical trials to filler trials in the audiovisual condition as opposed to the 1:2 ratio present in the audio-only condition. This led to a total of 80 filler trials in the audiovisual condition, resulting in a total of 280 trials overall.

After completing the Language Experience and Proficiency Questionnaire (LEAP-Q [39]), participants began the audiovisual experiment. At the start of a trial, participants first saw a motionless face. In audiovisual quiet trials, the motionless face was present for 1500 ms before beginning to produce the target speech syllable which lasted approximately 500 ms, followed by 500 ms of silence. The visual stimulus thus remained on screen for 2500 ms. On noise trials, babble noise began playing at trial onset beginning 1500 ms before the beginning of the target speech syllable and lasting for the duration of the stimulus presentation. In audio-only trials, the video was replaced by a still image. Then, participants were presented with a six-item forced choice display and had to indicate the sound they heard. After indicating their response, the next trial began. See Figure 1 for a visual display of a trial.
The 280 trials were split into ten blocks. After every block, participants were given a break of approximately two minutes before continuing with the experiment. At the halfway point of the experiment, participants were given a longer break (5–15 min).

The datasets generated and/or analyzed during the current study are available from the corresponding author on request.

2.7. Use of Human Participants

The experiment was carried out with the approval of Northwestern University’s Institutional Review Board following approved guidelines and regulations. Informed consent was obtained from all participants prior to participation.

The ANOVA analysis revealed no main effects of Language Group (F(2,44) = 0.544, p = 0.584), Proficiency (F(1,44) = 0.02, p = 0.880), nor an interaction (F(2,44) = 0.24, p = 0.790). This result was confirmed by the generalized linear mixed effects model, with no significant difference between bilinguals and monolinguals (β = −0.06, SE = 0.58, Wald’s z = −0.11, p = 0.911) or between early and late bilinguals (β = −0.65, SE = 0.67, Wald’s z = −0.97, p = 0.331). As can be seen in Figure 4, when the auditory stimulus was sufficiently degraded, everyone relied heavily on the visual channel irrespective of language experience.
In order to visually inspect the reliability of the language effect, we plotted the proportion of AV-integrated, McGurk percepts for each individual participant under noisy and quiet conditions (Figure 5). Participants were ranked according to the amount of integration experienced under the two conditions. These rankings were positively correlated, suggesting that there was consistency in susceptibility to McGurk effects within individuals (r = 0.299, t(49) = 2.19, p = 0.033). While there was substantial variability across individuals, monolinguals were consistently less likely to report AV-integrated responses compared to bilinguals under quiet conditions, as can be seen in Figure 5.

Next, we investigate the question of whether the early and late bilinguals were worse overall at detecting speech, even when the audio was presented alone or with congruent visual stimuli. If both groups are indeed less accurate during speech perception, we cannot rule out the possibility that the bilingual increase in audiovisual integration is a compensatory mechanism. On the other hand, if no perceptual deficits are found for one or both of the bilinguals, it provides further support that bilingual experience can affect audiovisual integration independently of proficiency.
The mean accuracies in each condition for audio-only and congruent audiovisual stimuli are presented in Table 2. Because participants’ responses were close to ceiling in the quiet condition (mean accuracy = 98.92%), we restricted our analyses to the noise condition. The ANOVA revealed significant main effects of Language Group (F(2,88) = 5.62, p = 0.005), with monolinguals outperforming bilinguals, and AV status (F(1,88) = 204.22, p < 0.0001), with participants performing better with congruent audiovisual stimuli than audio-only stimuli. There was no effect of self-reported proficiency (F(1,88) = 0.181, p = 0.671) and no interactions (all p > 0.1). Bonferroni-corrected pairwise comparisons (significance at p < 0.016) demonstrated that monolinguals were significantly more accurate than late bilinguals (F(1,56) = 10.38, p = 0.002), but not early bilinguals (F(1,62) = 2.53, p = 0.116). Early and late bilinguals did not differ from each other (F(1,58) = 3.83, p = 0.055). In all cases, there were significant main effects of AV status (all p < 0.001), but no effects of self-reported proficiency or interactions (all p > 0.1). These results provide a measure of proficiency and demonstrate that while late bilinguals experienced some deficit in comprehending speech under noisy conditions, early bilinguals and monolinguals performed equally well. These findings were confirmed with the generalized linear mixed effects analysis, with monolinguals outperforming bilinguals when collapsing across early and late learners (β = −0.40, SE = 0.14, Wald’s z = −2.87, p = 0.004). Tukey-adjusted pairwise comparisons (significance at p < 0.05) reveal that this effect of language group was driven by late bilinguals, who were significantly less accurate than monolinguals (β = −0.48, SE = 0.16, z = − 3.00, p = 0.008), whereas no differences were found between either early bilinguals and monolinguals (β = −0.32, SE = 0.16, z = −2.05, p = 0.101), or between the two bilingual groups (β = 0.16, SE = 0.15, z = 1.05, p = 0.545). All participants benefited from having congruent audiovisual stimuli as compared to audio-only (β = 1.50, SE = 0.12, Wald’s z = 12.97, p < 0.0001), and there were no interactions (all p > 0.2).

In conclusion, our data suggest that linguistic experience plays a role in determining the extent to which individuals bind sensory information. We find that bilinguals are more prone to audiovisual integration, even in the absence of deficits in speech comprehension. This greater reliance on visual information leads to changes in how sounds are perceived, for both early and late bilinguals. Today, it is estimated that at least half of the world’s population is multilingual [61] and with continued globalization, more people join these ranks every day. It is therefore critical to gain a comprehensive view of the consequences of knowing more than one language, ranging from high-level societal impact to low-level perceptual changes. Our findings provide evidence for the powerful role that experience plays in shaping cognition. Just as working as a London taxi driver can enlarge the hippocampus [62] and playing video games can enhance visual selective attention [63], we find that bilingual experience can influence basic cognitive processes, altering the very way we perceive the world around us.

The authors thank Ken Grant for sharing his audiovisual speech stimuli. The authors also thank Peter Kwak and Jaeryoung Lee for their assistance in recruiting participants and collecting data for this experiment and the members of the Bilingualism and Psycholinguistics Research Group for their helpful comments. 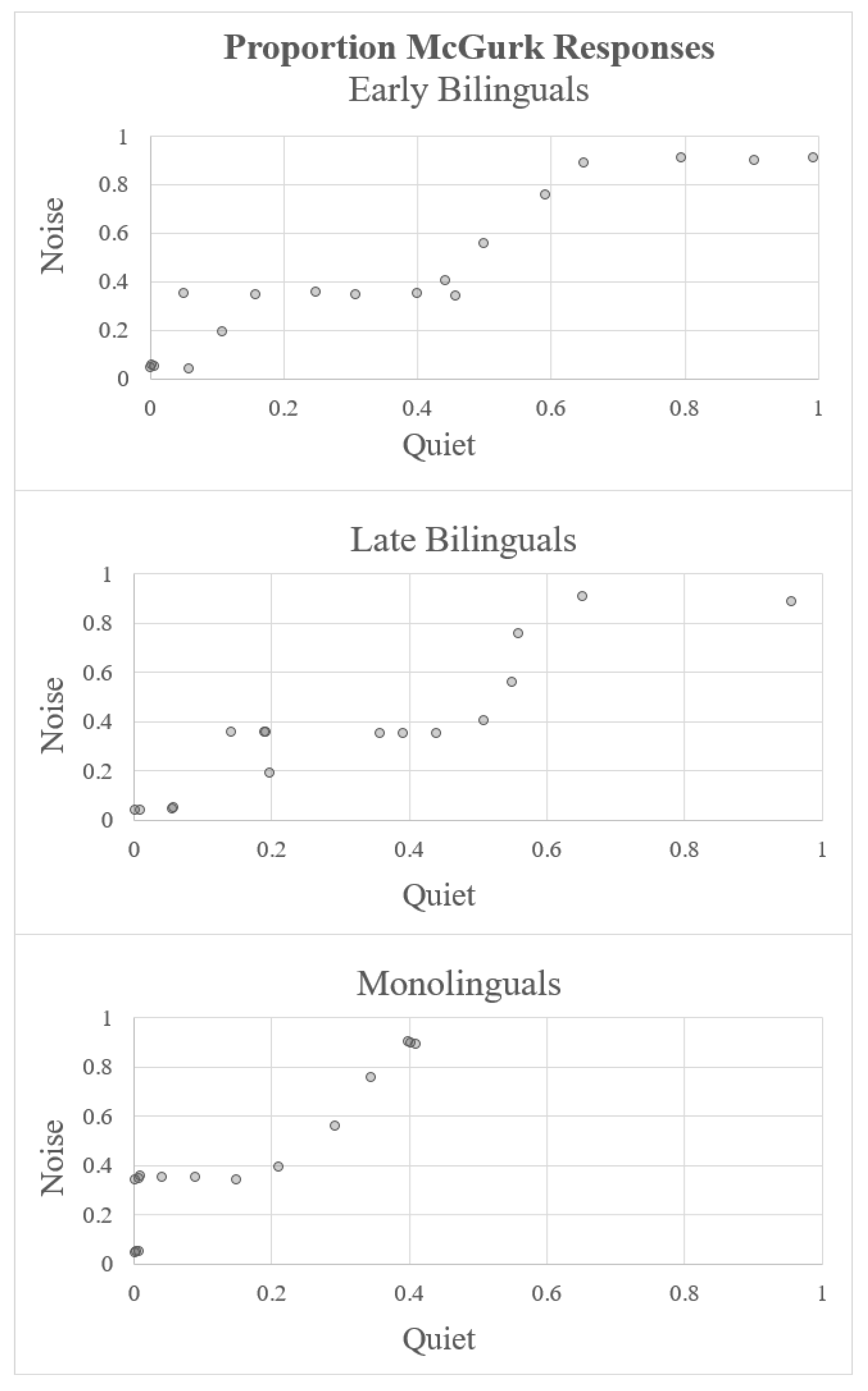 Table 2. Accuracy for congruent stimuli.
Table 2. Accuracy for congruent stimuli.
Accuracy for audio-only stimuli and audiovisual stimuli in the congruent condition.
© 2018 by the authors. Licensee MDPI, Basel, Switzerland. This article is an open access article distributed under the terms and conditions of the Creative Commons Attribution (CC BY) license (http://creativecommons.org/licenses/by/4.0/).
We use cookies on our website to ensure you get the best experience. Read more about our cookies here.
Accept
We have just recently launched a new version of our website. Help us to further improve by taking part in this short 5 minute survey here. here.
Never show this again