Parkinson’s Disease: Assay of Phosphorylated α-Synuclein in Skin Biopsy for Early Diagnosis and Association with Melanoma
Next Article in Special Issue 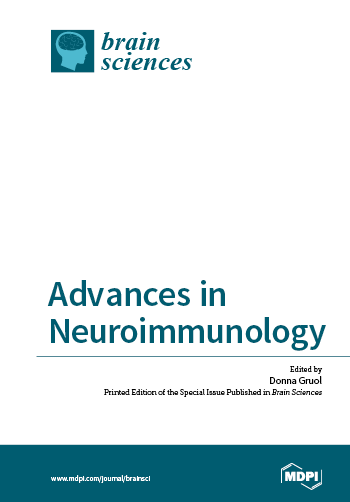 Astrocytic IL-6 Influences the Clinical Symptoms of EAE in Mice

Interleukin-6 (IL-6) is a multifunctional cytokine that not only plays major roles in the immune system, but also serves as a coordinator between the nervous and endocrine systems. IL-6 is produced in multiple cell types in the CNS, and in turn, many cells respond to it. It is therefore important to ascertain which cell type is the key responder to IL-6 during both physiological and pathological conditions. In order to test the role of astrocytic IL-6 in neuroinflammation, we studied an extensively-used animal model of multiple sclerosis, experimental autoimmune encephalomyelitis (EAE), in mice with an IL-6 deficiency in astrocytes (Ast-IL-6 KO). Results indicate that lack of astrocytic IL-6 did not cause major changes in EAE symptomatology. However, a delay in the onset of clinical signs was observed in Ast-IL-6 KO females, with fewer inflammatory infiltrates and decreased demyelination and some alterations in gliosis and vasogenesis, compared to floxed mice. These results suggest that astrocyte-secreted IL-6 has some roles in EAE pathogenesis, at least in females. View Full-Text
Keywords: interleukin-6; astrocyte; EAE interleukin-6; astrocyte; EAE
►▼ Show Figures 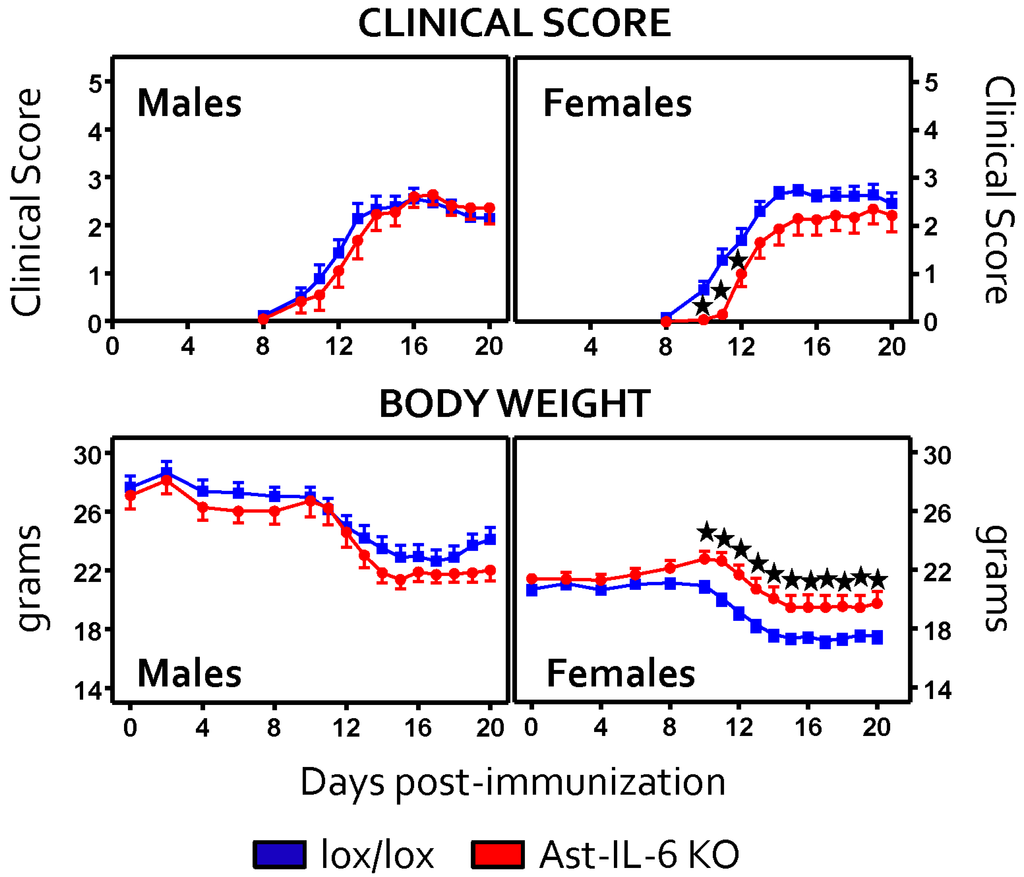