There is a wealth of evidence that disrupted sleep and circadian rhythms, which are common in modern society even during the early stages of life, have unfavorable effects on brain function. Altered brain function can cause problem behaviors later in life, such as truancy from or dropping out of school, quitting employment, and committing suicide. In this review, we discuss findings from several large cohort studies together with recent results of a cohort study using the marshmallow test, which was first introduced in the 1960s. This test assessed the ability of four-year-olds to delay gratification and showed how this ability correlated with success later in life. The role of the serotonergic system in sleep and how this role changes with age are also discussed. The serotonergic system is involved in reward processing and interactions with the dorsal striatum, ventral striatum, and the prefrontal cortex are thought to comprise the neural basis for behavioral patterns that are affected by the quantity, quality, and timing of sleep early in life. View Full-Text
Keywords: sleep; serotonin; striatum; prefrontal cortex; cohort; marshmallow test sleep; serotonin; striatum; prefrontal cortex; cohort; marshmallow test
►▼ Show Figures 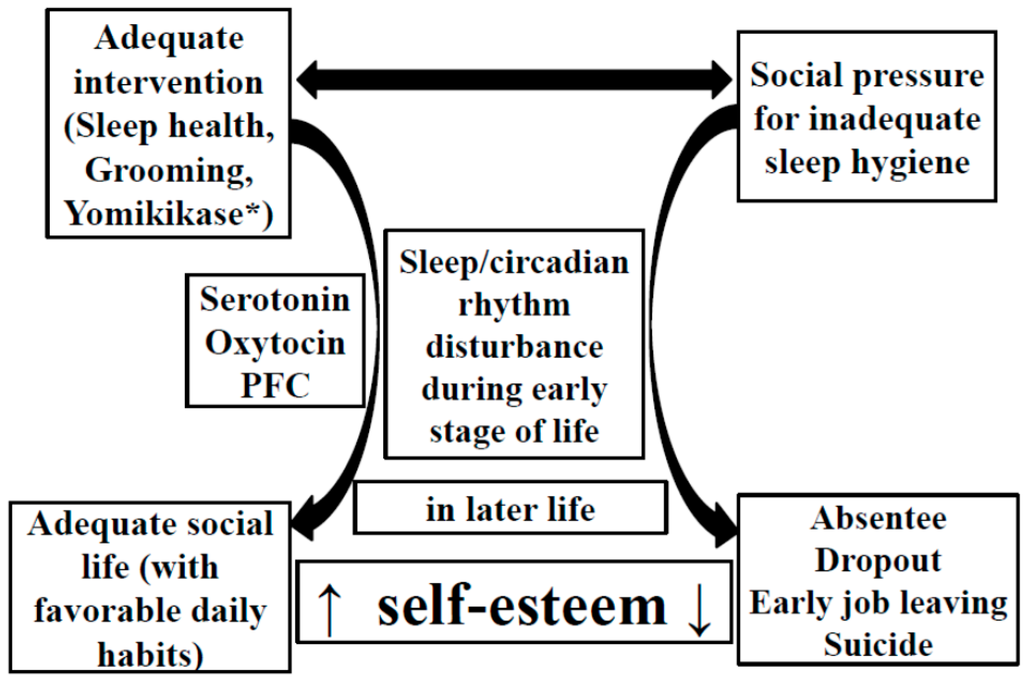