CD157, also referred to as bone marrow stromal cell antigen-1 (BST-1), is a glycosylphosphatidylinositol-anchored molecule that promotes pre-B-cell growth. Previous studies have reported associations between single-nucleotide polymorphisms (SNPs) of the CD157/BST1 gene with Parkinson’s disease. In an attempt to determine whether SNPs or haplotypes in the CD157/BST1 are associated with other brain disorders, we performed a case-control study including 147 autism spectrum disorder (ASD) patients at Kanazawa University Hospital in Japan and 150 unselected Japanese volunteers by the sequence-specific primer-polymerase chain reaction method combined with fluorescence correlation spectroscopy. Of 93 SNPs examined, two SNPs showed significantly higher allele frequencies in cases with ASDs than in unaffected controls (rs4301112, OR = 6.4, 95% CI = 1.9 to 22, p = 0.0007; and rs28532698, OR = 6.2, 95% CI = 1.8 to 21, p = 0.0012; Fisher’s exact test; p < 0.002 was considered significant after multiple testing correction). In addition, CT genotype in rs10001565 was more frequently observed in the ASD group than in the control group (OR = 15, 95% CI = 2.0 to 117, p = 0.0007; Fisher’s exact test). The present data indicate that genetic variation of the CD157/BST1 gene might confer susceptibility to ASDs. View Full-Text
Keywords: autism spectrum disorder; BST-1; CD157; single-nucleotide polymorphism autism spectrum disorder; BST-1; CD157; single-nucleotide polymorphism
►▼ Show Figures 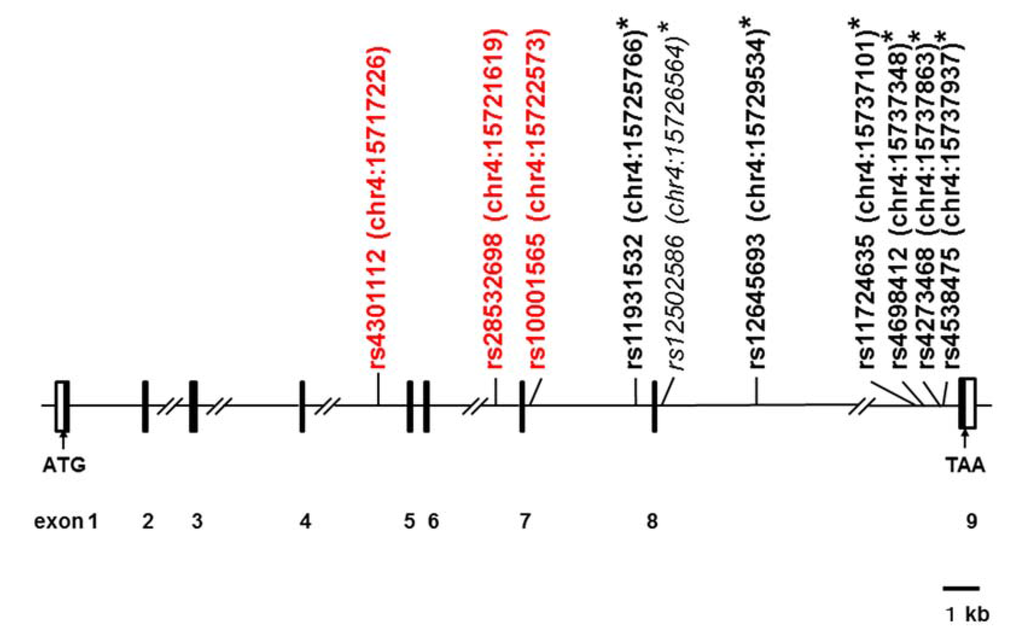