Inhibitory Dimensions and Delay of Gratification: A Comparative Study on Individuals with Down Syndrome and Typically Developing Children
Previous Article in Journal

An fNIRS Investigation of Masculinity, Femininity, and Sex on Nonparents’ Empathic Response to Infant Cries

:
According to societal stereotypes, the female sex and people who are more feminine have been considered to be more empathic than males and people who are more masculine. Therefore, females and feminine individuals are expected to respond more empathically to an infant’s cries. While this hypothesis was tested using self-report scales, it has not been explored thoroughly in terms of prefrontal cortex (PFC) activity, which may be a more objective means of measuring empathy. Specifically, the medial PFC (mPFC) is involved in social cognitive processing and thus a good proxy to measure the level of empathy. This study aims to (1) assess if the empathic response, in terms of medial PFC (mPFC) activity, to infant cries differ between sexes; (2) investigate if the empathic response is moderated by levels of masculinity and femininity. Functional near-infrared spectroscopy (fNIRS) was used to measure nonparent participants’ (18 males, 20 females) mPFC response to infant cries of different pitches (high and low). The Toronto Empathy Questionnaire was used to measure trait empathy and Bem’s Sex Role Inventory was used to measure the level of masculinity and femininity. Results revealed that biological sex had no significant effect on the empathic response towards infant cries of varying pitch. Furthermore, masculinity, not femininity, was correlated with an increase in empathic response in the mPFC to high but not low-pitch infant cries. We reason that this is because of the higher aversiveness and inflicted pain associated with higher-pitched cries, which induces more emotional and physical pain that masculine individuals seek to avoid. Overall, the results suggest that greater masculinity would imply greater mentalizing and processing of empathy-related information.
Keywords:
fNIRS; infant cry; masculinity

The methods and procedures of this study were approved by the ethics committee of the Nanyang Technological University. Participants completed a participant demographic survey (PDS) and the Toronto Empathy Questionnaire (TEQ) a day before the actual study to record demographic information and trait empathy. Details about the surveys are provided in the next subsection. Prior to responding to the questionnaire, written informed consent was obtained.
In the study, a series of six infant cries of high and low pitch with a duration of 15 seconds was presented. This consists of three high pitch and three low-pitch cries. Participants were presented either with high pitch followed by low pitch and high pitch again and so on, or low pitch followed by high pitch and low pitch again and so on. Within the three high-pitch cries, the order of presentation was randomized, similarly for the low-pitch cries. While the stimulus was presented, the participants’ empathic response in terms of mPFC blood oxygenation levels were measured using a non-invasive BrainSight (BrainSight, Rogue Research, Montreal, Canada) functional near-infrared spectroscopy (fNIRS) device. After the presentation of the stimuli, participants completed the Bem Sex-Role Inventory (BSRI) questionnaire.

Information regarding the participants’ biological sex was collected using the PDS, by participants’ indication if they were female or male at birth.

The TEQ is a self-administered 16-item empathy measure by providing a measure of empathy correlated with both cognitive and emotional empathy [15]. Respondents rated how frequently they felt in manners as described in the statements such as ‘When someone else is feeling excited, I tend to get excited too’. on 5-point Likert scales ranging from ‘never’ to ‘always’. The TEQ was highly reliable, with Cronbach’s alpha values of 0.78 in the present study, high test–retest reliability (r = 0.81), and high construct validity (r = 0.80) [38].

Empathic response in terms of activity in the mPFC was measured using fNIRS. The fNIRS had a constant scan rate of 10 Hz and used LED emissions at source wavelengths of 705 nm and 830 nm. Inter-optode distance was kept within the range of 29.1 mm to 36.5 mm, as close as possible to the optimum inter-optode distance of 30 mm. BrainSight uses a 9 × 7 source-detector PFC montage, configured with a 20-channel-recording system to record PFC activation during stimulus presentation (Figure 1). Investigation of the mPFC was conducted via individual channels (i.e., channels 5, 6, 9, 11, 12, 13, 15, 16; see Figure 2) to provide a more precise perspective and understanding of specific empathy-related Brodmann areas (BA) 9 and 10 that make up the mPFC; both are crucial in emotional and cognitive empathy, with BA 10 also being involved in pain-related processing [39,40].
MATLAB software (MATLAB 9.6) and HOMER2 (v2.8) scripts were used to pre-process, analyze, and manually add stimulus onset and offset markers to the fNIRS data. A configuration file was used in the HOMER2 processing stream (hmrIntensity2OD, hmrMotionCorrectWavelet (iqr = 0.10), hmrBandpassFilt (hpf = 1.010, Ipf = 0.50), hmrOD2Conc (ppf = 6.0.6.0), hmrBlockAvg (trange = −2.0 20.0)) to automatically pre-process the data and correct motion wavelets.

Three high and three low-pitch cries of a three-month-old infant taken from the Social and Affective Neuroscience Laboratory infant cry database were used as the experimental stimuli. High and low-pitch infant cries were categorized using Green et al. [43] definitions of fuss and yell, respectively. Fuss referred to low-pitch cries of shorter duration vocalizations and indicates lower distress, while yell referred to high-pitch cries of longer duration vocalizations and indicates higher distress. All infant cries were adjusted using PRAAT (Ver. 6.1.10) to remove pauses between cries, with settings adapted to analyze cry samples [44]. Pitch matching was conducted to ensure the similarity of low-pitch cries with one another and high-pitch cries with one another. Volume was adjusted to 70 dB SPL. Low-pitch cries were tuned to an average fundamental frequency of 361.92 Hz (Standard Deviation (SD) = 50.75 Hz) and high-pitch cries were tuned to an average fundamental frequency of 426.22 Hz (SD = 79.11 Hz). An independent sample t-test conducted between the low and high-pitch cries indicated that they are significantly different (p = 0.029). Each cry stimulus was presented once for 15 s, followed by 10 s of silence with a white fixation cross on a blank black screen (Figure 1). The cries were presented in an alternating order, high pitch followed by low pitch or low pitch followed by high pitch, with each cry being only played once per session.

The biological sex and BSRI scores were the between-subject factors, whereas the pitch of the infant cries was the within-subjects factor in the analysis of variance (ANOVA). The fNIRS beta values and TEQ scores were the outcome variables of interest. Preliminary and inferential ANOVA, Pearson-moment correlation, and Fisher’s exact test were conducted in R studio (Ver. 3.5.2, macOS 10.12) using R-Base (3.5.2, macOS 10.12) for the fNIRS and questionnaire data. All values obtained from the ANOVA, Pearson-moment correlation test, and Fisher’s exact test were subjected to false discovery rate (FDR) correction as well as Bonferroni’s correction when applicable.
Figure 3 shows a recap of the results. To examine the first hypothesis that predicts that females would respond more empathically in terms of mPFC activation towards both cry pitches, a two-way repeated measures ANOVA was conducted on the beta values computed from the fNIRS data of the mPFC with the participant’s biological sex as between-subjct factor and cry pitch as within-subject factors. A one-way ANOVA was then conducted on the TEQ scores to examine if the same hypothesis that expects females to be more empathic holds in terms of trait empathy.
To test the second hypothesis that masculinity and femininity moderate empathy, a Pearson-moment correlation was then conducted on the beta values of all mPFC channels with masculinity or femininity scores to identify the strength of the correlation between masculinity, femininity, and empathy.

3.3. Correlation between Femininity and mPFC Activity

No significant correlation was found when a Pearson-moment correlation test was conducted between femininity scores and mPFC activity in all channels for both low and high-pitched cries.

3.4. Correlation between Masculinity and mPFC Activity

This research is supported by the Ministry of Education, Singapore, under its Academic Research Fund Tier 1 (RG55/18) and by the 2015 NAP Start-up Grant M4081597 (GE) from the Nanyang Technological University Singapore.

The study was conducted according to the guidelines of the Declaration of Helsinki, and approved by the Institutional Review Board (or Ethics Committee) of Nanyang Technological University (protocol code PSY-IRB-2019-012).

Data are available online on the Data Repository of the Nanyang Technological University at the following url https://doi.org/10.21979/N9/SWQK3O (Accessed on 12 May 2021). 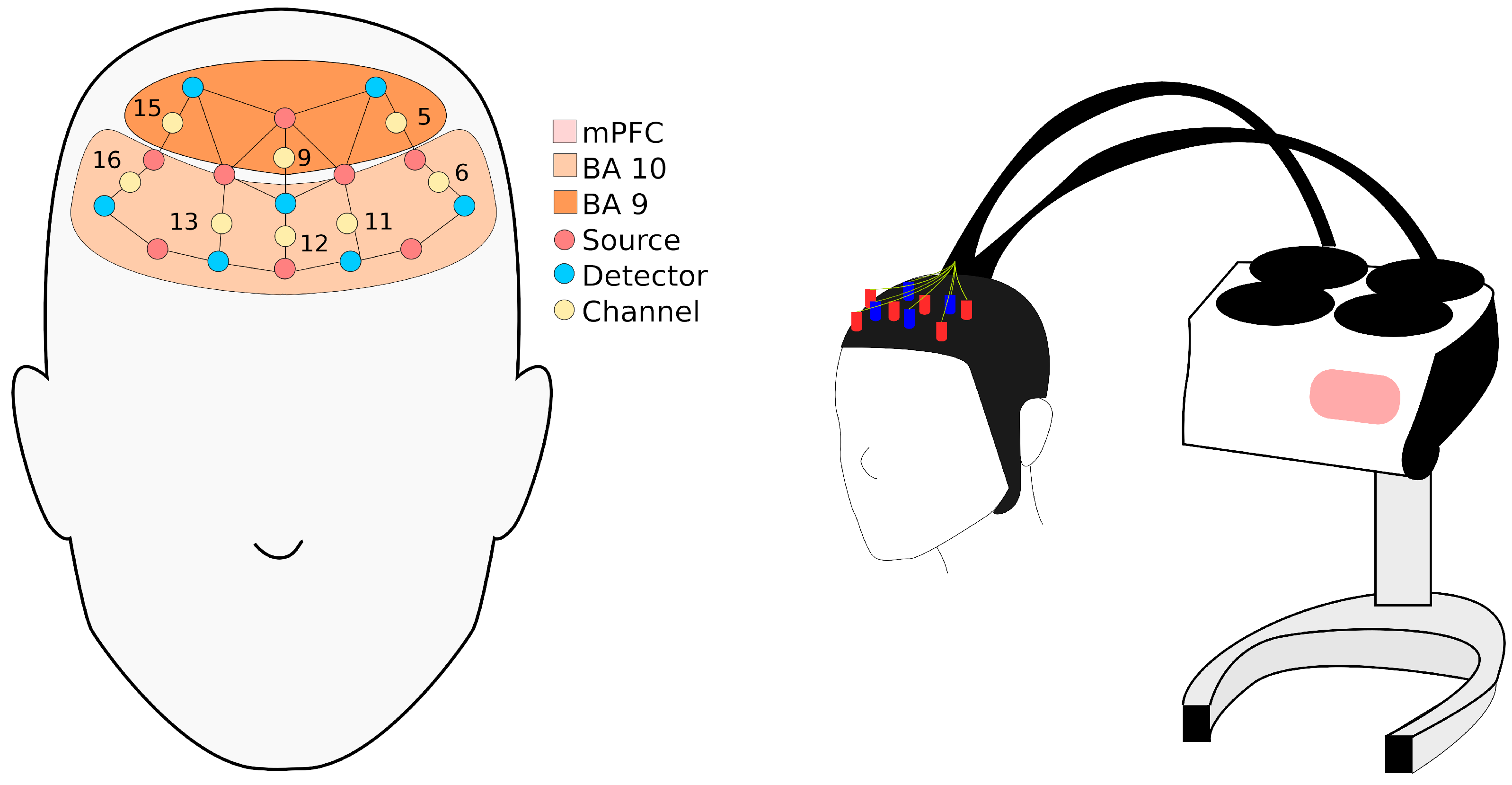