Effects of Blood Pressure on Cognitive Performance in Aging: A Systematic Review

Introduction: Cognitive functions play a crucial role in daily functioning. Unfortunately, some cognitive abilities decline in the process of healthy aging. An increasing body of evidence has highlighted the role of lifestyle habits and cardiovascular diseases, such as high blood pressure, in increasing the risk of cognitive decline. Surprisingly, although hypertension is a modifiable risk factor for cerebrovascular damage, the role of hypertension on cognitive impairment development is not still clear. Several key questions remain unresolved, and there are many inconsistent results in studies considering this topic. This review is aimed to systematically analyze the results found by the studies that investigated whether high blood pressure, in both hypertensive and healthy people, is related to cognitive performance. Furthermore, it points to evaluate the role of age in this relationship. Method: The review process was conducted according to the PRISMA statement. Restrictions were made, selecting the studies in English and published in peer-review journals, including at least one cognitive measure and blood pressure measurement. Studies that included participants with medical conditions, dementia, psychiatric disorders, strokes, and brain injury were excluded. Cross-sectional and longitudinal studies were analyzed separately. Finally, blood pressure measured at young life (18–39 years), midlife (age 40–64 years), elderly (65–74 years), and old age (≥75 years) were considered. Results: The review allows 68 studies to be selected, which include 154,935 participants. The results provided evidence of an adverse effect of exposure to high blood pressure on cognitive performance. High blood pressure in midlife was linked with poorer cognitive functioning; this evidence was found in cross-sectional and longitudinal studies. However, this association declines with increasing age and tends to become inconsistent. In older people, the relationship between blood pressure and cognitive performance is non-linear, highlighting a beneficial effect of high blood pressure on cognition. Conclusions: Despite some limitations, this review showed that cardiovascular and neuro-cognitive systems do not operate in isolation, but they are related. Blood pressure can be considered an early biomarker of cognitive impairment, and the necessity of early blood pressure measurement and control was underlined. View Full-Text
Keywords: blood pressure; cognitive functions; aging; review; cognitive impairment; hypertension blood pressure; cognitive functions; aging; review; cognitive impairment; hypertension
►▼ Show Figures 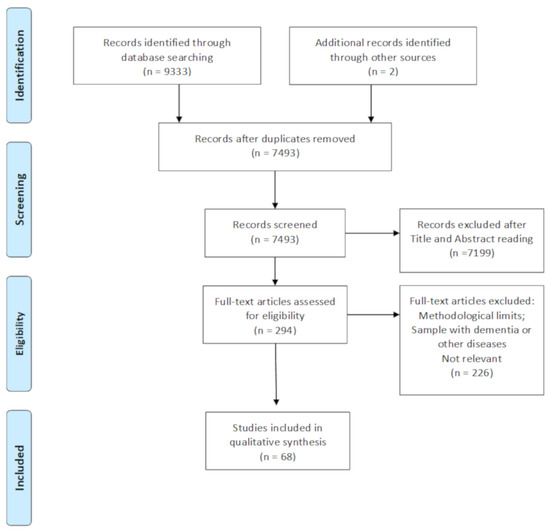