The vibration response of equipment foundation structures is not only affected by the structural stiffness and mass, but also greatly influenced by the degree of a soil-foundation structural interaction. Furthermore, the vibratory performance of equipment foundation structures supported by pile systems largely depends on the soil-pile dynamic stiffness and damping, which are variable in nature within the speed range that machines operate at. This paper reviews a method for evaluating effective soil-pile stiffness and damping that can be computed by Novak’s method or by commercial software (DYNA6, University of Western Ontario). A series of Finite Element (FE) time history and steady-state analyses using SAP2000 have been performed to examine the effects of dynamic soil-pile-foundation interaction on the vibration performance of equipment foundations, such as large compressor foundations and steam/gas turbine foundations. Frequency-dependent stiffness is estimated to be higher than frequency-independent stiffness, in general, and, thus, affects the vibration calculation. This paper provides a full-spectrum steady-state vibration solution, which increases the reliability of the foundation’s structural design. View Full-Text
Keywords: FEM (Finite Element Method); DYNA6; soil-structure interaction; soil-pile dynamic stiffness FEM (Finite Element Method); DYNA6; soil-structure interaction; soil-pile dynamic stiffness
►▼ Show Figures 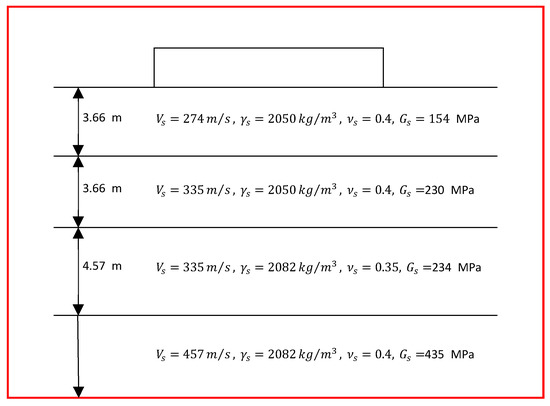