Hole defects embedded in rocks have a crucial influence on their stability and failure mechanism. The purpose of this research is to explore the mechanical response and fracture behavior around inverted U-shaped openings in rocks under compressive stress. To begin with, a multitude of uniaxial compression experiments on prismatic sandstone samples with one single or two inverted U-shaped openings with different configurations were carried out. In the experiments, the advanced DIC (digital image correlation) and AE (acoustic emission) apparatus was combinedly utilized to monitor the crack growth and determine the threshold stresses involved in fracture behavior. After that, the stress distributions around the openings under unidirectional stress were simulated by a numerical study. Test results suggest that the presence of openings strongly degrades the strength and deformation parameters, and the reduction degree depends on the number and configuration of openings. During the fracture process, five sorts of cracks, namely the elementary tensile crack, posterior tensile crack, slabbing crack, shear crack and spalling crack, are formed around the openings. For the samples containing two openings, three categories of hole coalescence appear: slabbing coalescence, shear coalescence and tensile coalescence. The failure mode of the samples containing one single or two diagonal openings is dominated by shear cracks, while that of the other samples is tensile-shear failure. Stress analysis shows that the concentrated stresses at the peripheries of the openings can better explain the fracture behavior. View Full-Text
Keywords: fracture behavior; inverted U-shaped opening; failure mode; coalescence; stress concentration fracture behavior; inverted U-shaped opening; failure mode; coalescence; stress concentration
►▼ Show Figures 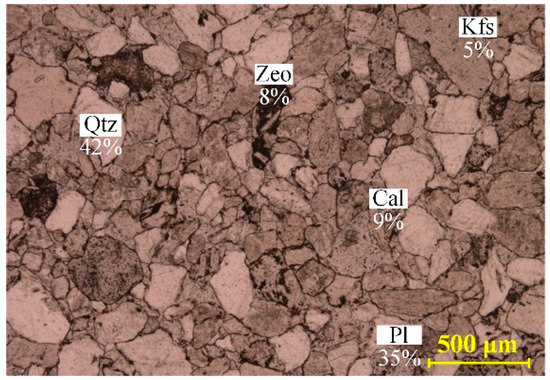