Comparison of Spray Deposition, Control Efficacy on Wheat Aphids and Working Efficiency in the Wheat Field of the Unmanned Aerial Vehicle with Boom Sprayer and Two Conventional Knapsack Sprayers
Previous Article in Journal

We evaluated the assistive performance of the proposed method with two comparable methods. We avoided the use of EMG instrument due to its drawbacks for our application, as mentioned in Section 1. We also did not rely on the foot force sensors or foot switches because repeated impact during a walk often breaks them. Therefore, a gravity compensation method was adopted as a comparative method. Unfortunately, we found that it was challenging to reduce the load on the wearer’s shoulder in the following experiments. Therefore, we also adopted a foot force switch method as the other comparative method.

The gravity compensation control method was inspired by work by Sano et al. [23]. The powered exoskeleton proposed by Sano et al. [23] had only hip joints and no knee joints. Therefore, we modified the method as follows: The powered exoskeleton generated the torques of the joints of the hips and knees, and , so that it counteracted the effect of gravity on the body of the exoskeleton. and were controlled by Equations (3) and (4), respectively. where , , , , , and are the posture angles with respect to the force of gravity on, the lengths of, and the masses of the upper and lower legs of the powered exoskeleton, respectively. The definitions are shown in Figure 1. g is gravitation acceleration, and and are the control gains. The method tends to keep the body in upright position to lift the load to the shoulder.

The other method is based on the idea of the force switch algorithm proposed by Sano et al. [22]. They [22] developed a method to estimate the wearer’s motion, walking or standing, based on the force switch on the feet of the wearer. The algorithm required two or three steps for estimation and generates torques on the joints based on a pre-defined pattern for the walking motion. Unfortunately, we found that the original method needed time to estimate the walking motion, and the wearer needed to push his/her feet actively while the powered skeleton tried to retain posture before motion estimation was accomplished. Following motion estimation, the powered exoskeleton began assisting the estimated motion of the wearer. However, we found that many parameters needed to be tuned for appropriate power assistance.
Therefore, we designed a simplified algorithm in place of the force switch-based method. Since force sensors are attached to the wearer’s feet in our powered exoskeleton, we used them as force switches instead. The powered exoskeleton recognizes the “swing phase” and the “stance phase” according to the difference between the left and right force values. When the difference is small, it recognizes that both feet are in “stance phase”. Otherwise, if the force value of the left foot is greater than the right, it recognizes that the left leg is in the “swing phase” and the right leg is in the “stance phase”, and vice versa.
Following the recognition of the phase of each foot, the powered exoskeleton controls itself to maintain the posture of the leg as desired according to the recognized phase. The desired angles of the powered skeleton , , are set to the pre-defined desired angles , where rp and lp indicate the phases of the right and left legs, respectively. and are the desired angles of joint i for the “swing phase” and the “stance phase”, respectively. A PD controller was applied to calculate the input of each joint motor = (, , , ) by Equation (5): where , , are the given joint angles of the powered exoskeleton. The algorithm for this process is shown in Algorithm 2. Thresholds and are determined by trial and error.
The two competing methods introduced above struggle to distinguish forward and backward walks. Therefore, we apply and tune the parameters of these methods only for the forward walking motion.

This study proposed a power assist control system based on the wearer’s estimated motion using motion sensors for a powered exoskeleton without leg binding. It recognizes the wearer’s motion using motion sensors, estimates appropriate joint angles for the powered exoskeleton based on a motion database compiled in advance, and assists the wearer’s motion in real time. The experimental results exhibited the effectiveness of the proposed assistive system.
The major feature of our powered exoskeleton is that it does not bind the legs of the wearer. It allows the wearer to move his/her legs freely at the beginning of the motion even if the joints of the exoskeleton are fixed because of the room to move knees. The feature enables us to use motion sensors to recognize the wearer’s motion and give feedback on the power assist. It supports only hip and knee joints rotating on the lateral direction. The other joints, for example, hip joints rotating in different directions and ankle joints are passive. The wearer needs power assists on those joints, too, if the load on the wearer increases more. It is one of the future works from the viewpoint of the mechanical design of the powered exoskeleton to strengthen the existing active joints and replace the passive joints to the active one.
In principle, the proposed method simply replays the pre-recorded joint angles from the database. However, even if the walking speed changes, it tries to find the best matching motion from the database to support it. If the wearer walks more slowly than the pre-recorded walk, the system tries to find the best matching phase of the walk and assists faster walking. If the wearer walks more quickly than the pre-recorded walk, it assists in walking slower but does not prevent the human walk because it always follows the walk to find the best matching phase based on the database. Therefore, it can adapt to a certain degree. If the walk is too far from the pre-recorded datasets, the proposed method fails to support it and needs a new dataset for walks at different speeds. This will form part of our future work.
In this paper, we employed the k-nearest neighbors algorithm to deal with the motion database. The reason is that it does not make some specific assumptions on the motions of the human or powered exoskeleton and it is the simplest method among the various machine learning technique. However, there is a possibility to employ the other sophisticated algorithm. We are investigating more effective algorithms for motion learning [27,28]. Another part of our future work in this area will involve increasing the variety of motions that can be assisted, that is, not only standing and walking motions and forward-backward motions, but also sideways walking, squatting, swinging the body, climbing stairs, and so on. We also intend to investigate online updates of the motion database.

This work was supported by research grants from the Fukui Prefectural Government, Japan. 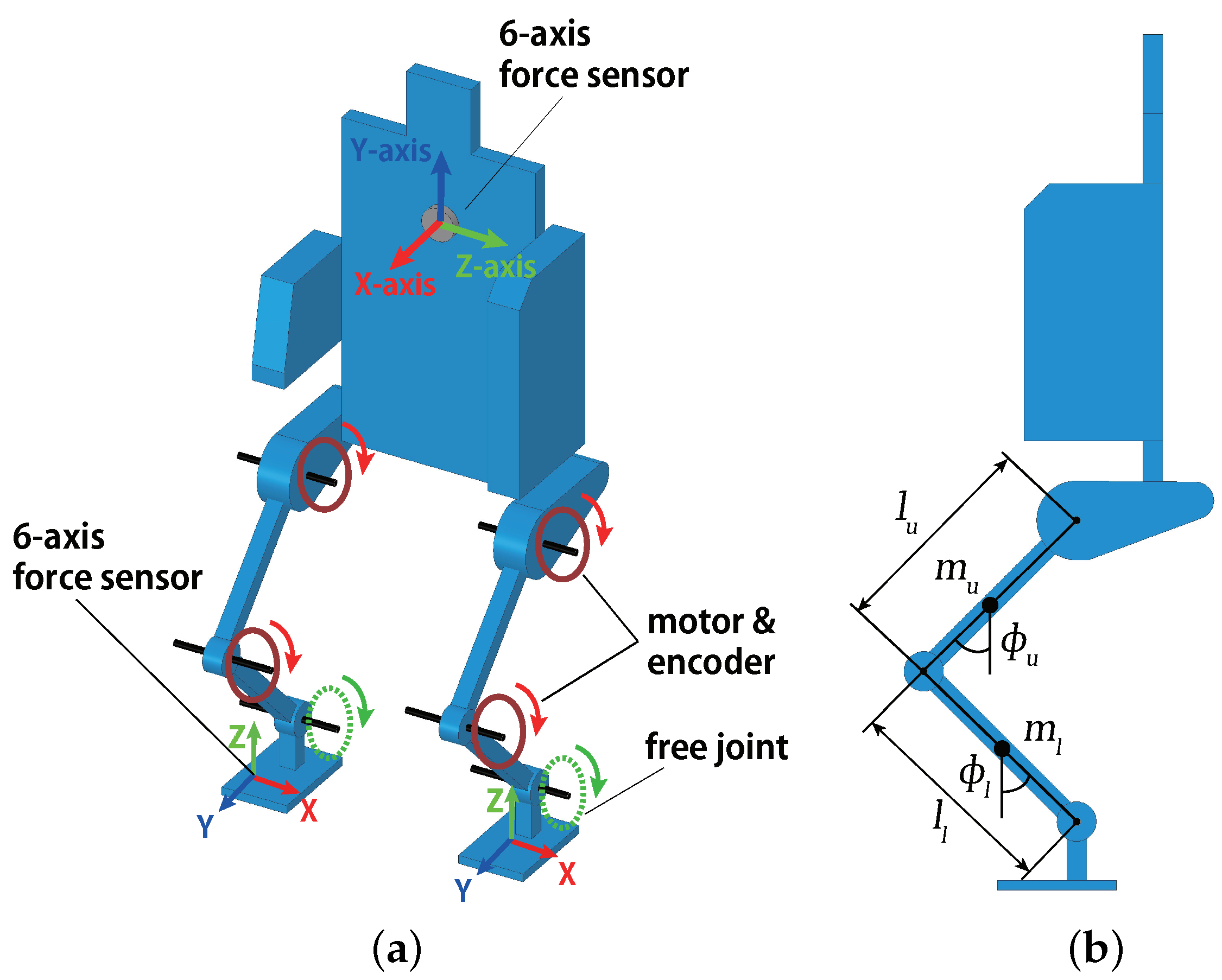 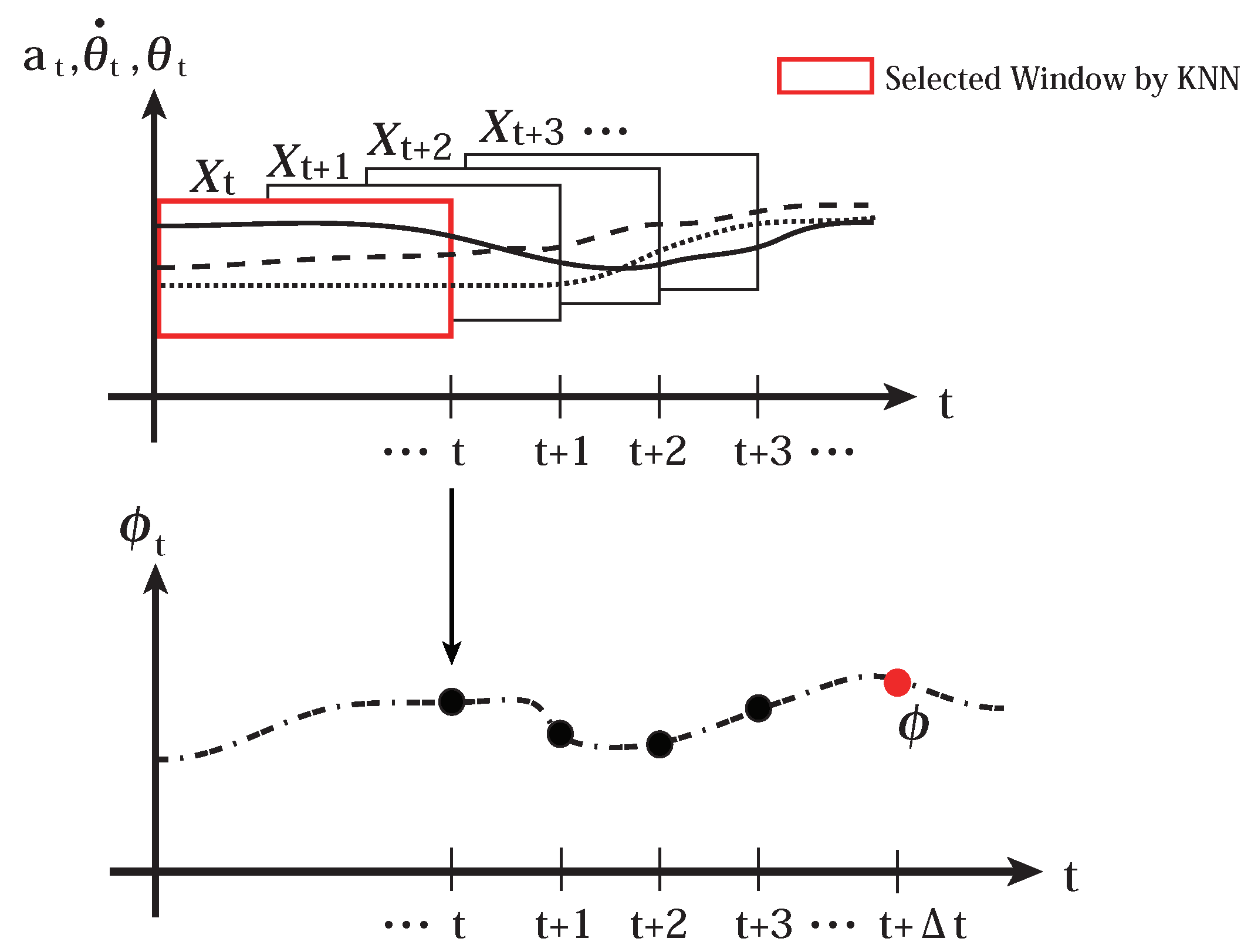 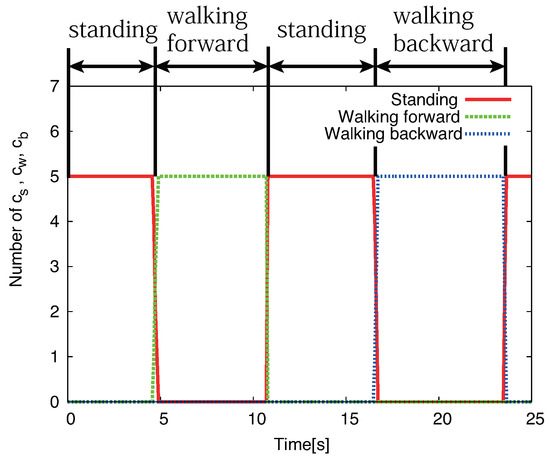 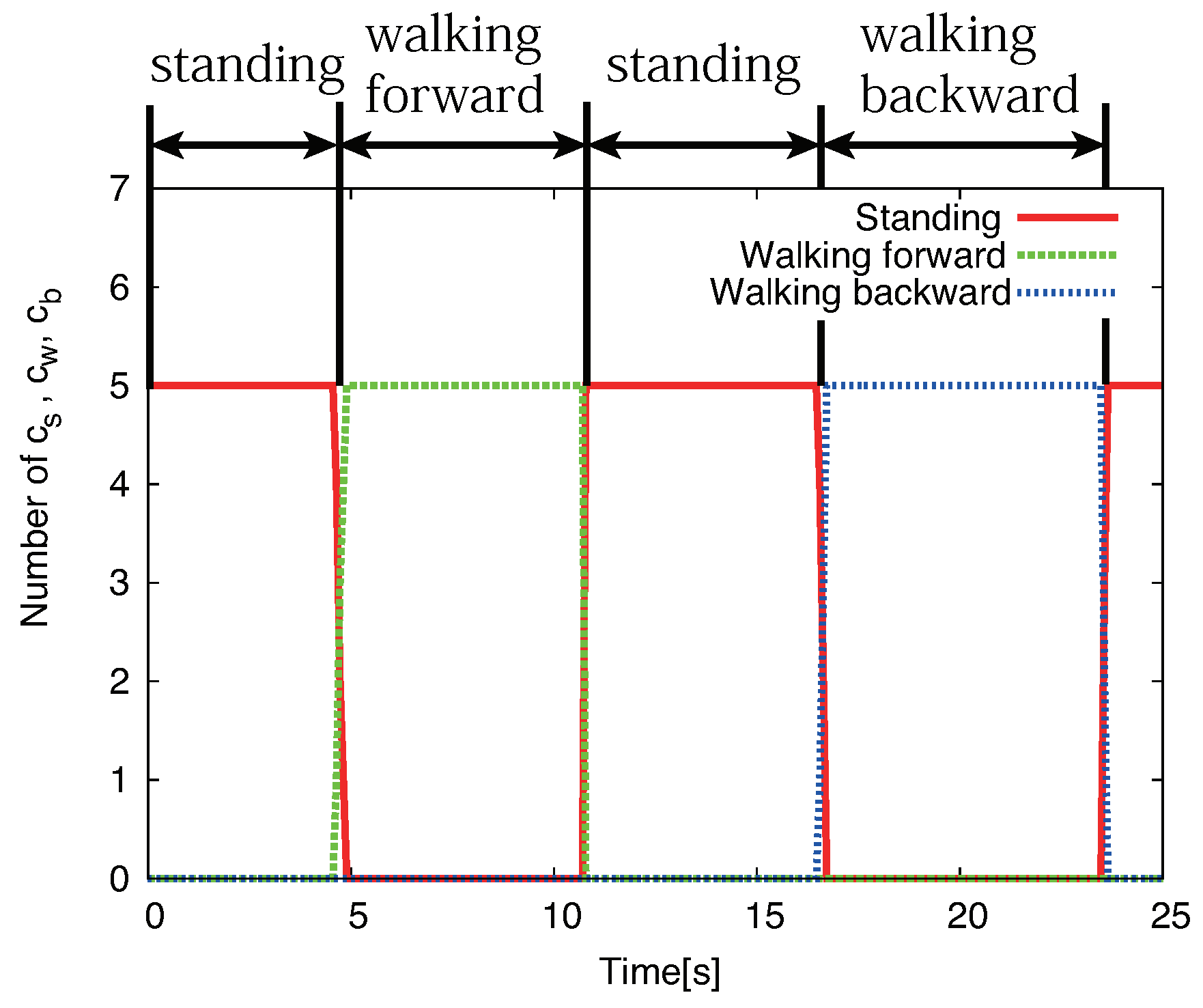 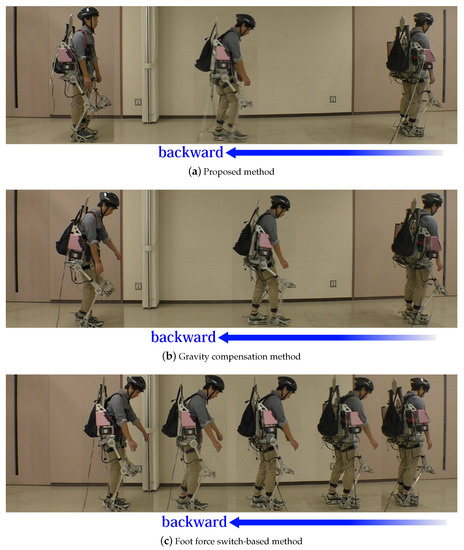 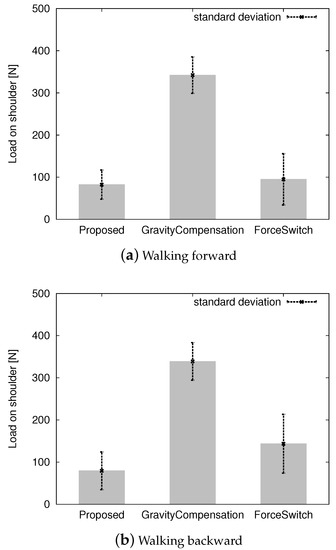 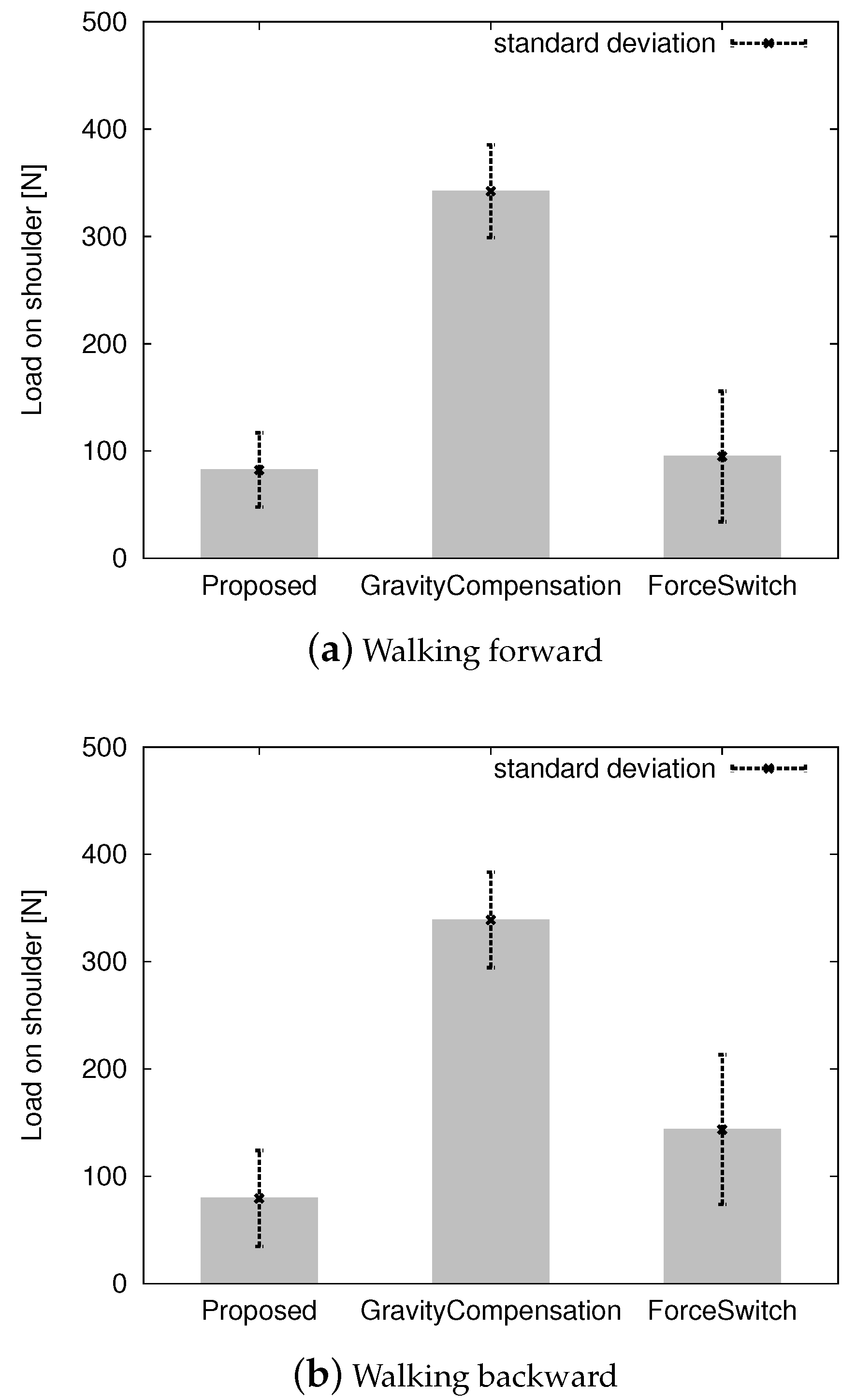 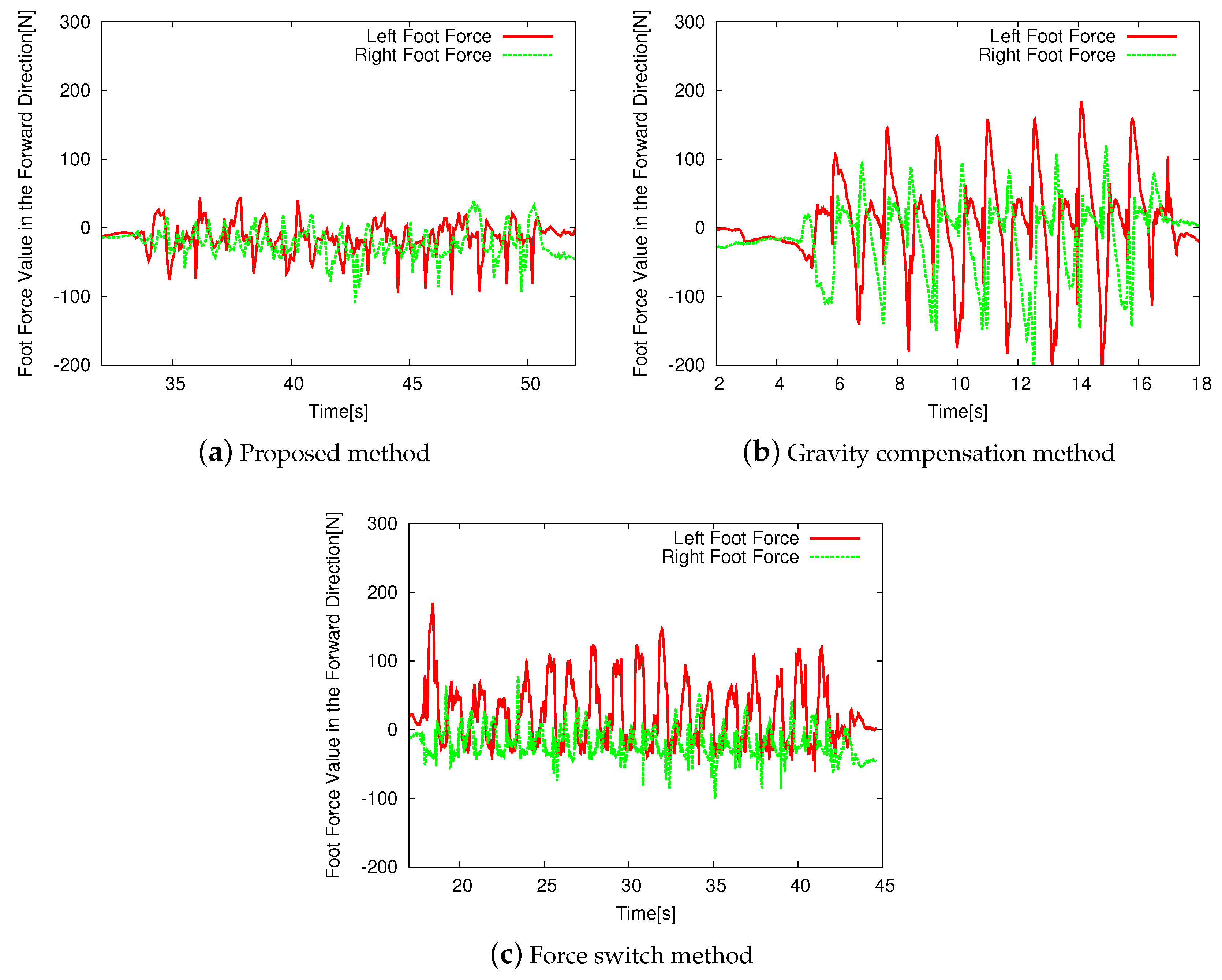 Table 1. Walking speed for each method.
Table 1. Walking speed for each method.
© 2019 by the authors. Licensee MDPI, Basel, Switzerland. This article is an open access article distributed under the terms and conditions of the Creative Commons Attribution (CC BY) license (http://creativecommons.org/licenses/by/4.0/).
We use cookies on our website to ensure you get the best experience. Read more about our cookies here.
Accept
We have just recently launched a new version of our website. Help us to further improve by taking part in this short 5 minute survey here. here.
Never show this again