The schematic diagram of batch-type reactor manufactured by Parr Instrument Co. (Moline, IL, USA) with volume of 25 mL is demonstrated in Figure 1. Heating jacket with temperature controller (Hanwoul Engineering, Gunpo, Korea) was used to maintain the desired transesterification temperature. The admissible pressure is 55 MPa. Methanol (99.5% purity) and ethanol (99.5% purity) were used as solvents manufactured by Ducksan Chemical Co. (Ansan, Korea) and OCI company Ltd. (Seoul, Korea), respectively. The frying temperature and length of use of the oil along with the material used for frying was responsible for the composition of the waste oil. After repetitive use of the soybean oil for a minimal of 4 h per day for four consecutive days, the content of free fatty acid (FFA) present in oil sample increased. The fatty acid (FA) and FFA composition of WVO was established by titration against 0.1 M KOH solution using phenolphthalein as the indicator.
Table 1 illustrates the FA and FFA contents of WVO and virgin oil indicating the elevation in FFA content in WVO from 0.28% to 3.15% during cooking. Further, it can be observed that the FA content of 18:2 is notably above than virgin oil, though the FA content of 18:3 is lower for WVO, as a result of the oxidation of the oil during cooking WVO [24]. The experiments were carried out by varying the transesterification temperature (250, 270 and 290 °C), WVO to alcohol molar ratios (1:6, 1:12 and 1:18), alcohols (SCM and SCE), and reaction retention time (0, 15, 30, 45 and 60 min). At room temperature, the WVO with alcohol at definite molar ratio was loaded into the autoclave reactor. The time required to reach the set point is dependent on heating rates. The average heating rate was 6.2 °C/min. The reaction pressure was controlled by varying the volume of alcohol and WVO fed into the reactor. The total amount of WVO and alcohol fed into the reactor was determined to ensure that supercritical pressure was reached. The critical temperatures and pressures of ethanol and methanol are Tc = 243.0, 239.4 °C and Pc = 6.4, 8.1 MPa, respectively. The pressure ranged 7.9–12.8 and 9.2–14.7 MPa for SCM and SCE, respectively, making them fall in proper supercritical zone. To mix the WVO and alcohol solution homogeneously, a magnetic stirrer was used for rigorous stirring at a rate of 500 rpm during the reaction. The stirring speed used in this study was obtained from a study by Nawaraj et al. [30]. Maintaining a constant heating rate was difficult. Accordingly, set point of the temperature controller was set to a higher temperature than the needed temperature for this experiment. On reaching the desired condition, the heating of the vessel was stopped promptly and the vessel was cooled in an ice bath to halt the reaction instantaneously.
Gas Chromatography Mass Spectrometry (GC-MS) (Agilent GC-6890 with MSD-5975 detector, Santa Clara, CA, USA) was used for the characteristic analysis of liquid products on differing transesterification temperature, retention time, and WVO to alcohol ratios. DB-WAX column (30 m × 250 μm, 0.25 μm thickness) was used for all samples. The area percentage method was used to measure the amount of alkyl esters in the product.

The conversion of WVO increased with increase in transesterification temperature, retention time and oil to alcohol molar ratio. The conversion obtained for lower holding time is lower for SCE for all transesterification temperatures while the conversion for SCE abruptly increases for higher holding time. This is due to the hydrogen bonding in ethanol, which is comparatively higher than that of methanol in lower temperature and lower holding time, but reverses as temperature increases. As the increase in molar ratio intensifies the purification process, optimum molar ratio should be contemplated during application. Owing to the variation in carbon number in ethanol and methanol, C17:0, C18:2, C18:3 and C19:1 are the major components of transesterification of WVO when using SCM, whereas C18:0, C20:1. C20:2 and C20:3 are the major components when using SCE. The total amount of glycerol and non-ester composition is less than 5% resulting into ester yield above 95%. Due to ambiguity of the use of ethanol and methanol as solvents, cost factor and availability should be highly considered along with other factors such as conversion, complexity of purification and toxicity.

This work was supported by a Grant from Kongju National University, Korea and Human Resources Development Program (No. 20154030200940) of the Korea Institute of Energy Technology Evaluation and Planning (KETEP) funded by the Ministry of Trade, Industry and Energy of the Korean government. 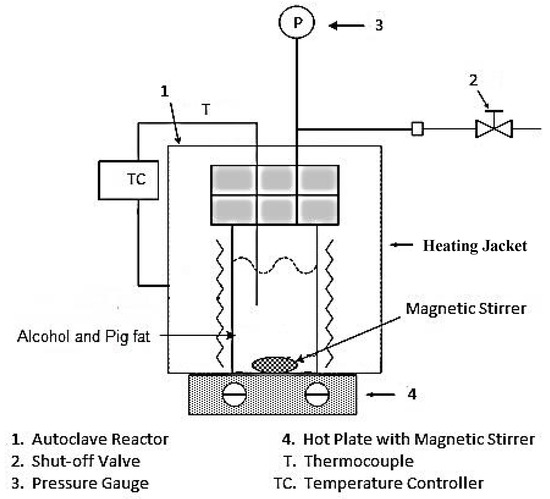 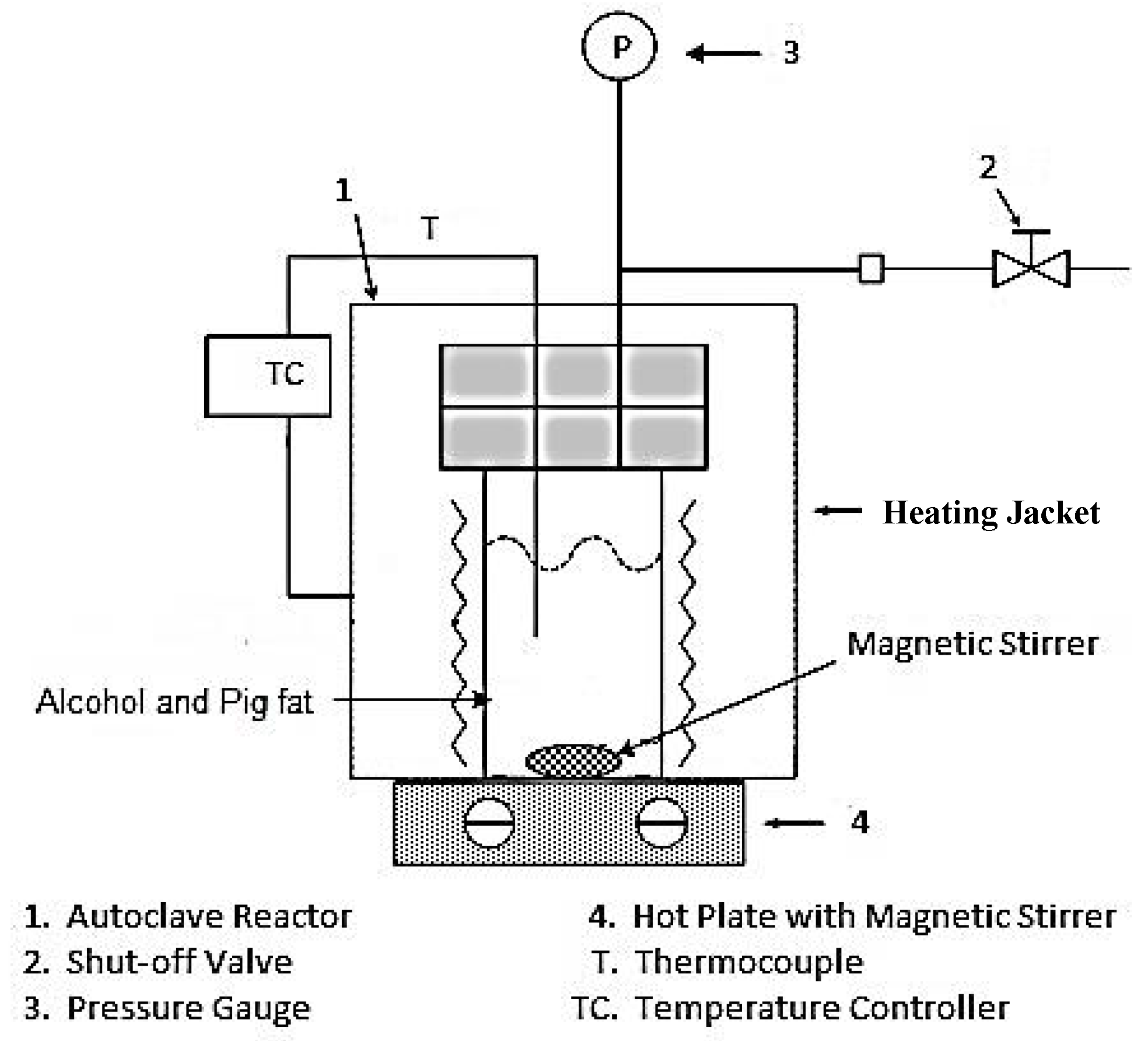