Efforts to simulate heat transfer in a PCM (Phase Change Material) storage device are generally led by considerations of Biot number and material thickness, of 2D versus 1D representation, and of possible hysteresis effects arising from the characterisation of the PCM using differential scanning calorimetry (DSC). In this paper we present a numerical treatment of heat conduction in a paraffin-based storage brick, based on experimental data for a full scale, heat storage component studied under laboratory conditions. The PCM was modelled adopting equivalent thermophysical properties during the phase change. An equivalent heat capacity and thermal conductivity were provided for an appropriate description of energy release and storage in the process of solidification and melting. The geometry of the metal container induces 2D effects that are generally neglected in numerical modelling. The thickness of the plates (about 2 cm) is sufficiently large to require the modelling of conduction in the PCM, but can also induce convection that has been neglected in this study. Experimental results are presented and compared for both a 1D and 2D model of the PCM device. It was concluded that a 2D representation is essential for configurations; like the case study and geometry we had; with a large difference in thermal conductivity between PCM and metal casing. Two curves of equivalent heat capacity (measured via DSC) were introduced for heating and cooling phases. Comparisons to experimental results indicated significant errors in the models during melting and solidification of the PCM, which could be reduced by instead adopting the mean of the two heat capacity curves. The rate of temperature change during the experiments and for the DSC characterisation was analysed and found to explain well the observations. In particular, as novelty, two peaks of equivalent heat capacity have been observed with DSC when the rate is very low instead of only one peak using current rate: and that explains the real behaviour in the experiments. View Full-Text
Keywords: phase change material; heat storage; 2D conduction effects; hysteresis; experimental tests phase change material; heat storage; 2D conduction effects; hysteresis; experimental tests
►▼ Show Figures 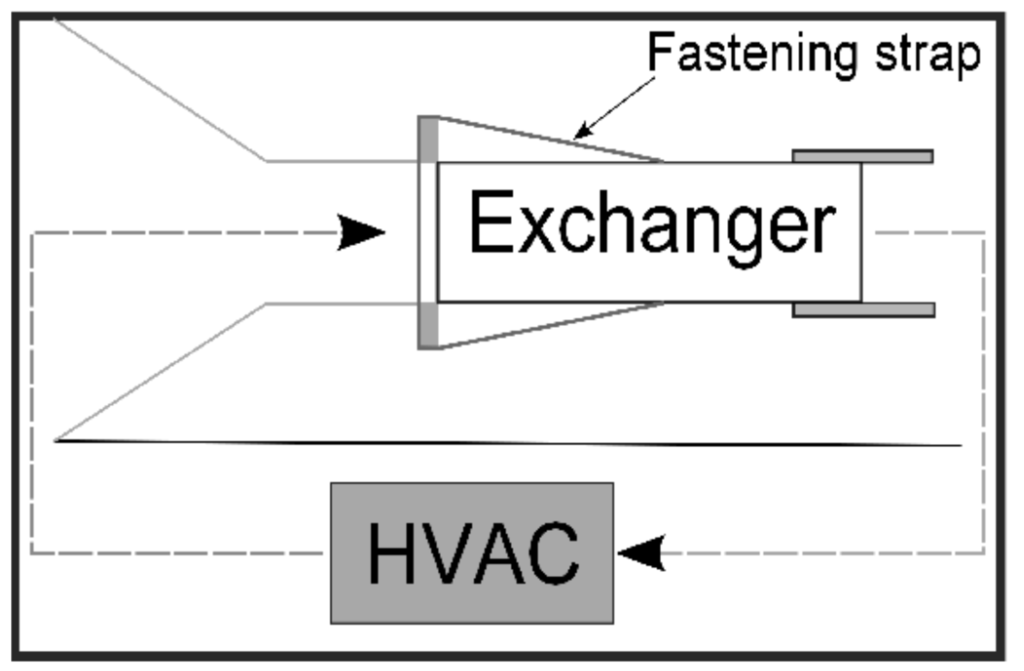 
Virgone J, Trabelsi A. 2D Conduction Simulation of a PCM Storage Coupled with a Heat Pump in a Ventilation System. Applied Sciences. 2016; 6(7):193.