The Effects of Cu-doped TiO2 Thin Films on Hyperplasia, Inflammation and Bacteria Infection

In the present work, different concentrations of Cu ion (1, 2, 5 and 10 wt %) were doped in the TiO2 film by a sol-gel method and dip coating process. The morphology of the Cu-doped TiO2 films were characterized by scanning electron microscopy (SEM) and the results showed that the doped Cu made no change to the TiO2 films. The nitric oxide (NO) release experiment showed that these Cu-doped surfaces showed the ability of catalytic decomposition of exogenous donor S-nitroso-N-acetyl-penicillamine (SNAP) to generate (NO). Based on fluorescence analysis and CCK-8 quantitative results, such films had the ability to inhibit smooth muscle cells adhesion, proliferation and migration with SNAP in vitro. The macrophage adhesion assay and anti-bacterial test proved that such Cu-doped TiO2 films also possessed anti-inflammatory and anti-bacterial abilities. All the abilities above showed positive correlation with the amounts of the doped Cu. This study suggested that the Cu-doped TiO2 films were capable of generating physiological levels of NO in the presence of endogenous donor S-nitrosothiols (RSNO), endowing the TiO2 films with anti-hyperplasia, anti-inflammatory and anti-bacterial abilities. View Full-Text
Keywords: Cu-doped; TiO2 thin film; nitric oxide; biocompatibility Cu-doped; TiO2 thin film; nitric oxide; biocompatibility
►▼ Show Figures 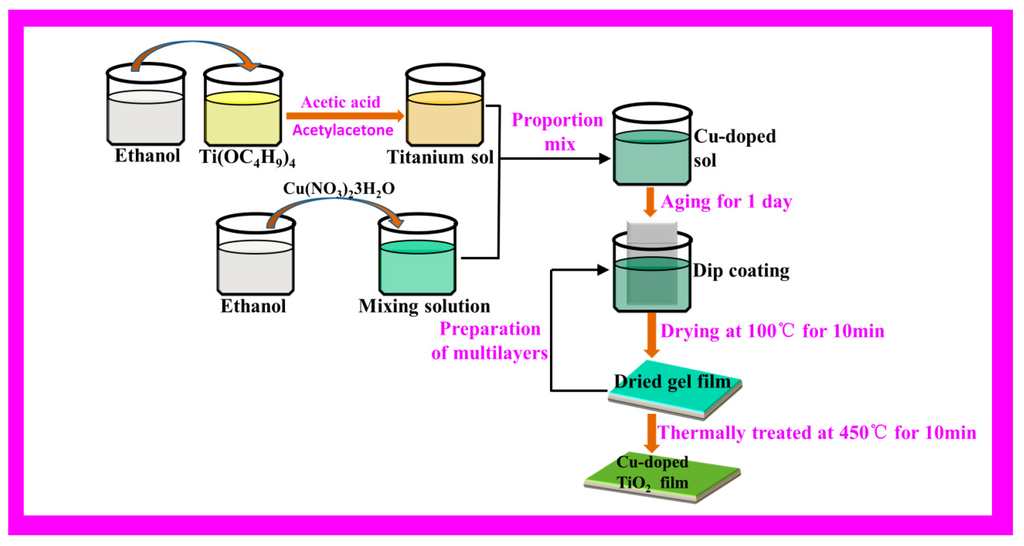