Thermal Conductivity of Nanofluids: A Review on Prediction Models, Controversies and Challenges 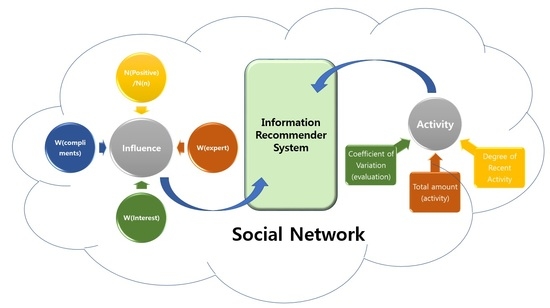 2.1. Recommendation Based on Social Networks

Yelp provides a local information service as a multinational corporation headquartered in San Francisco, California. It intends to take an important role between local business and users. It was founded by Jeremy Stoppelman and Russel Simmons, which started the service in 2004.
Yelp provides a crowd source review on the Web and its application. It also runs on-line reservation applications, food delivery services, open tables, etc. It has more than 86 million mobile users per month and owns more than 95 million reviews [25].
Yelp publicly offers a sample set of data that consist of three files: the business file, user file, and review file. Each file also includes the Json Objects [26]. Table 1 shows an example of a user object in Yelp data, including the attribute, meaning, and example data of the Yelp data.
The Yelp data is used for verifying the applicability of the proposed concepts. The reason that Yelp has been used is because it provides a public data set based on real social network data, provides a considerably large amount of data adequate for the experiments, and consists of a variety of social network data enabling various kinds of components to be used in many combinations compared to other social network data sources that only consist of ratings and friend data.

User influence represents the amount of impact that a certain user has. The amount of impact here can be defined as the degree of influence that causes the change in other users’ behaviors.
To analyze the level of influence, four different factors were considered. These major factors are shown below in Figure 1, as the number of generated useful information on a certain category, expertness, interest, and compliments that were given by other users.
The rationale for these four factors of user influence are as follows. First, an influential user is one who usually provides useful information to others in a specific category. For example, an influential user may write some message on a board and many other users may give many positive votes to the message. Second, an influential user is one who is generally acknowledged as an expert in the social network community with an exceptional and formal status. An example is being selected as an elite class user or leader of the community. Third, an influential user is one who receives a lot of attention and interest from other users and has large number of followers or subscribers. For example, an influential user may have a lot of fans or subscribers of published content. Fourth, an influential user is one who usually gets positive compliments from others. For instance, the influential user may receive many messages containing many positive comments from other users.
The Influence (P, C) that formulates the user P’s influence over category C is measured by the sum of the weights of four different factor variables, as shown in Equation (1).
In this formula, the four components each have two kinds of configurable parameters, α and β, which are multiplied with the components. The α is a parameter that is used to assign different weights to the components so that the different application requirements can emphasize on specific components. If the same value for α is given to all four components, the components are considered as of equivalent importance. The β is a parameter that is used to normalize the component values so that the ranges of the component values may be adjusted to be in identical or similar ranges of values. The β for each component could be the inverse value of the maximum of the component value to make the components fit into the range of 0 to 1. For example, if the maximum value of the third component is 1000, then β3 may be assigned 0.001. If the β are all assigned as 1, no normalization is done, and the various component ranges will affect the outcome.
In this formula, the first component measures the amount of useful information regarding category Ci that is generated by the user Pn. The first component, N(ReviewspositiveCi)/N(ReviewsallCi), means the rate of positive reviews from other users compared to the total number of reviews regarding the category. The professionalism of a user, which is implemented as Wexpert, is a factor that estimates whether a user is an expert or not related to the specific category. Winterest represents the number of users who shows interest in the user by subscribing to information produced by the user. The number of positive messages from other users, Wcompliments, considers personal messages that were sent by other users and especially the content of the messages including positive information. When considering the use of Yelp data, the data fields that could be used for the calculation of the components in the proposed formula are as follows. The vote attribute of the review object could be used for the first component, the elite attribute in the user object could be used for the Wexpert, the fan attribute in the user object could be used for the Winterest, and the compliments attribute in the user object could be used for the Wcompliments.
In this formula, we have assigned configurable parameters to adjust and give a weight to each component. In different situations, the weights could be assigned as different values, and this could be provided as a configuration parameter for the information recommendation module. Some users may want to depend more on formally recognized experts, or some may want to put more emphasis on users that have more compliments. The weight parameter can support such needs by being applied before each component in the formula. However, the tuning of this configurable parameter for the weight may need some expertise and understanding of the data characteristics as well. In our experiments, we did not give any biased weight to any of the components because nobody really knows the intention of all users and we just wanted to see how the result comes out with a general case of giving equal weight to all components. This customization feature may enhance the usability as personalization would be possible for various information recommendation modes.

4.5. Analysis of the Correlations between User Influence, User Activity, and Yelp Variables

Methodology and software, S.O.; conceptualization and writing—review and editing, M.L. All authors have read and agreed to the published version of the manuscript.

This work was supported by the Ewha Womans University Research Grant of 2019.

No new data were created or analyzed in this study. The program codes to perform the experiments for recommendation using Yelp data are available online at dwlab.ewha.ac.kr/mlee/codes/sourcecode.zip. The programs are written in Python.

The authors declare no conflict of interest. The funders had no role in the design of the study; in the collection, analysis, or interpretation of data; in the writing of the manuscript, and in the decision to publish the results. 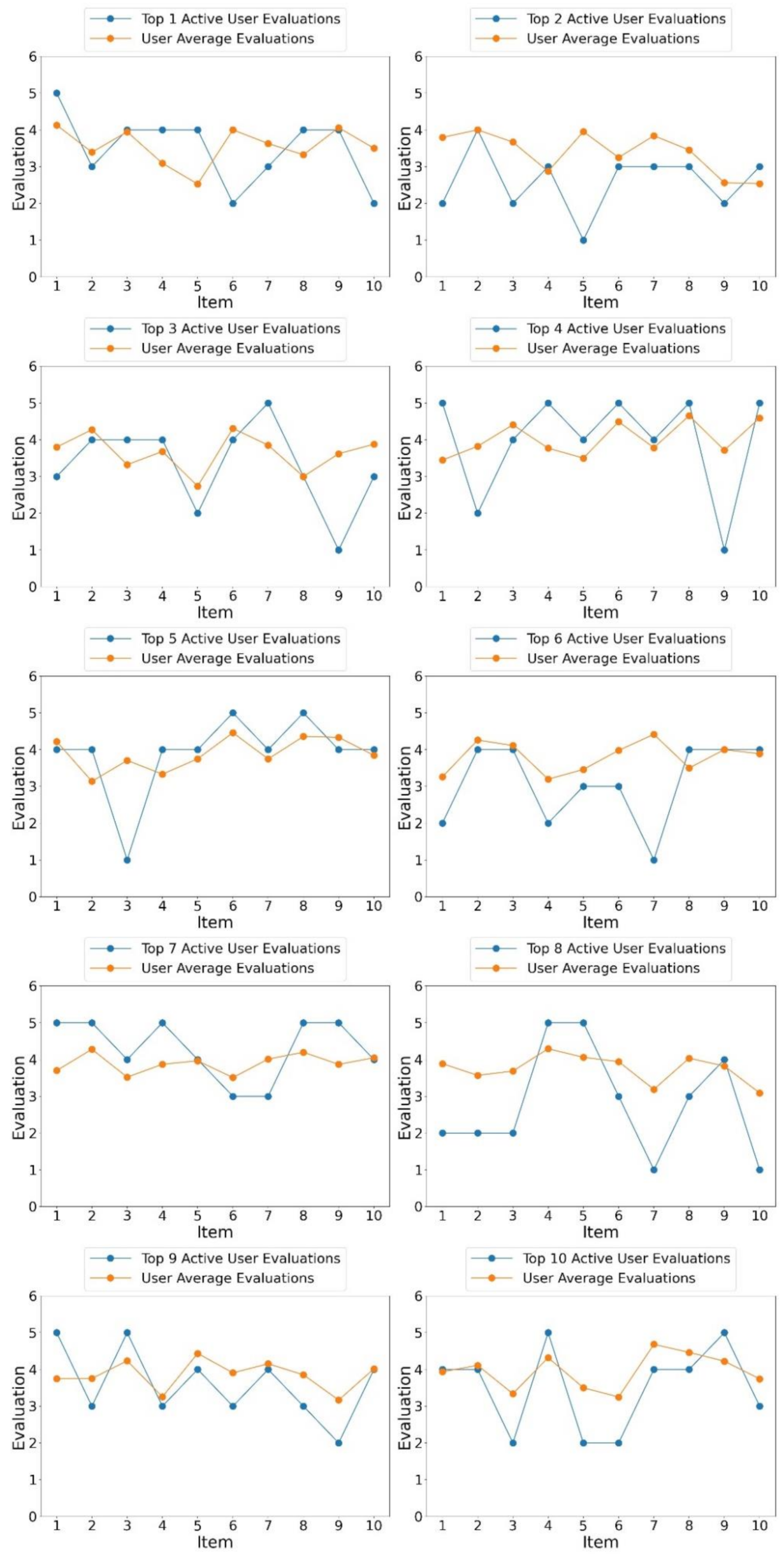 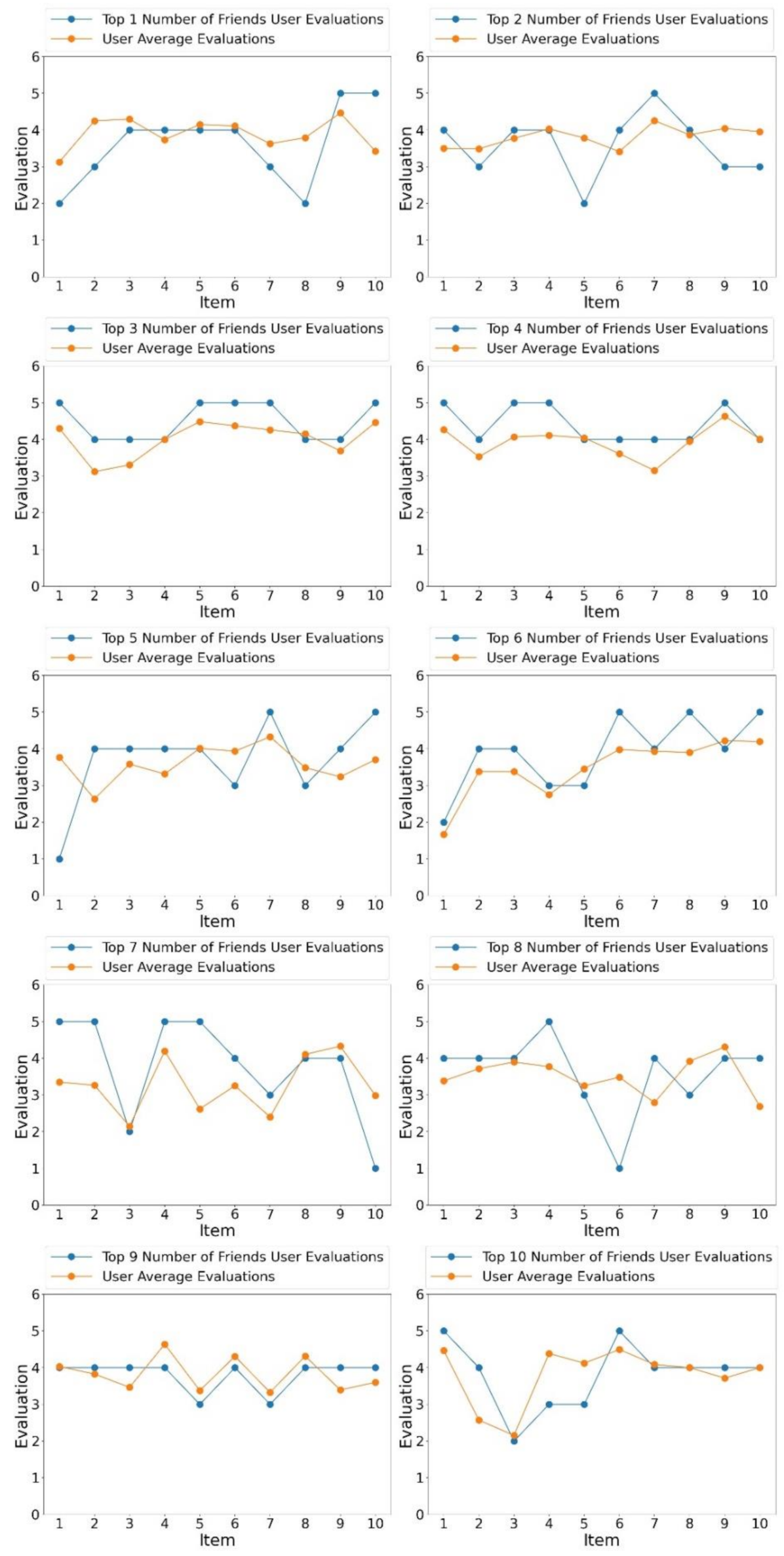