Soil conditioning is of great significance for tunneling in soft ground with earth pressure balance shield (EPBS) machines, which leads to safe, highly efficient, and high-quality tunneling. To study the effects of soil conditioning on properties of a clay-sand-gravel mixed soil encountered in an EPBS tunneling project in Beijing, a series of geotechnical test methods was carried out based on laboratory test in this paper. The decay behaviors of foam particles generated by the Waring-Blender method were studied first using the image particle analysis system, and then the feasibility of soil conditioning on the mixed soil was qualitatively and quantitatively assessed through the mixing test, slump test, and friction coefficient test. The preliminary test results indicate that drainage of water in liquid film plays an important role in the decay of foam microstructure. The viscosity and flowability of the conditioned soil were modified dramatically by using various amount of water and foam, and a suitable state meeting the requirement of EPBS machines was obtained. The net power and mixing time, which reflects the interaction between the blending rods and tested soils, as well as the slump value, providing the overall indication for liquidity of the conditioned soils, and friction coefficient, reflecting the friction between steel and tested soils, were used to provide insight into the variation in viscosity and flowability of the tested soils. View Full-Text
Keywords: soil conditioning; feasibility; mixed soil; earth pressure balance shield soil conditioning; feasibility; mixed soil; earth pressure balance shield
►▼ Show Figures 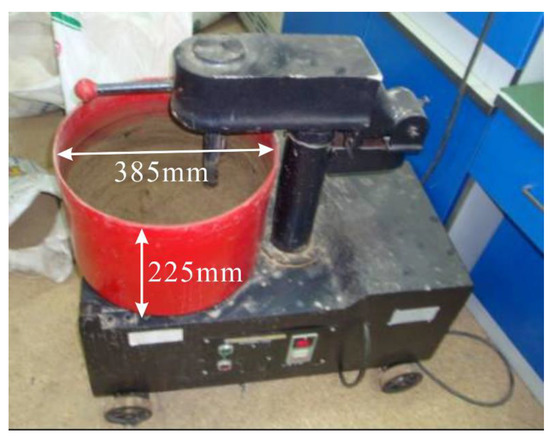