Laser metal deposition (LMD) is one of the most important laser additive manufacturing processes. It can be used to produce functional coatings, to repair damaged parts and to manufacture metal components. Ti6Al4V is one of the most commonly used titanium alloys, since it features a good balance of the mechanical properties of strength and ductility. The LMD of Ti6Al4V is attracting more and more attention from both science and engineering. The interest in processing Ti6Al4V with LMD in industry, especially in aerospace and medical branches, has been increasing in the last few years. In this paper, the state of the art for LMD of Ti6Al4V is reviewed. In the first part, the basics for Ti6Al4V, including, for example, the development history, the material properties, the applications, the crystal structure, the heat treatment and the mechanical properties, are introduced. In the second part, the main emphasis is on state of the art for LMD of Ti6Al4V. Initially, the process parameters of the current state of the art in the last years and their effects are summarized. After that, the typical microstructure after LMD is discussed. Then, the conducted heat treatment methods and the achievable mechanical properties are presented. In the end, some of the existing, current challenges are mentioned, and the possible research directions for the future are proposed. View Full-Text
Keywords: laser metal deposition; Ti6Al4V; microstructure; heat treatment; mechanical properties laser metal deposition; Ti6Al4V; microstructure; heat treatment; mechanical properties
►▼ Show Figures 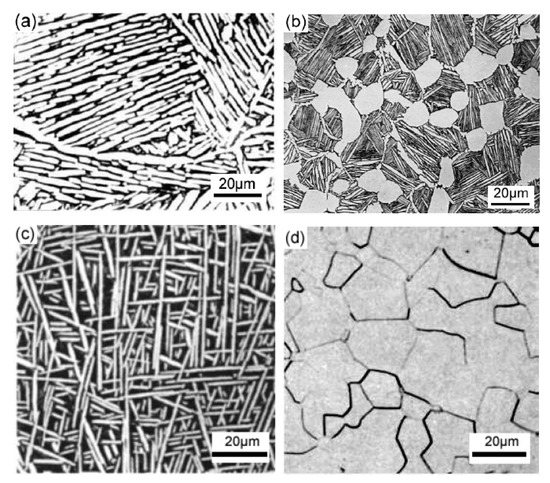