Table 1 summarizes the physical properties of the porous materials used. The textile fabrics were made of polyester, and their length and fiber diameter were 15 mm and 20 µm, respectively. The zeolite was compiled from a crystalline alkali alumino-silicate mineral (1318-02-1, Sigma-Aldrich. Inc., St. Louis, MO, USA). The sizes of the zeolite particles ranged between 3 and 10 µm, resulting in a typical pore size of approximately 4 Angstroms. The density of the zeolite particles was 2.37 g/cm3. The coconut shell activated carbon was produced with the pelletized and impregnated activated carbons (CDGA, Dongyang Co. Ltd., Cheonan, South Korea). The sizes of the coconut shell activated carbon particlxzes were between 5 and 10 µm, and the density of the coconut shell activated carbon was 1.56 g/cm3. The epoxy used for adhesive was made of a cold mounting resin and crosslinker (West System, Gougeon Brothers, Inc., Bay City, MI, USA), which can be hardened within 12 h at the hardness of 83 Shore D. The density of hardened epoxy was 1.18 g/cm3. The temperature rise during the cross-linking did not exceed 50 °C.
Figure 1 shows the distributions of the pore sizes and images of the internal pores in the porous materials. Pore sizes ranging between 0.4 and 185 nm were measured using the Brunauer–Emmett–Teller (BET) technique, while pore sizes larger than 185 nm were measured using mercury intrusion porosimetry. The internal microstructure was analyzed from the scanning electron microscopy (SEM) images. As shown in Figure 1a, the textile fibers had cylindrical shapes and were intertwined. The micropores, mesopores, and macropores respectively constituted 7.4%, 2.7%, and 89.9% of the pores in zeolite, indicating that most of the pores in zeolite were larger than 0.05 µm. As shown in Figure 1b, the internal structure of zeolite consisted of irregular polygons. The micropore, mesopore, and macropore distribution in coconut shell activated carbon were 74.7%, 9.7%, and 15.6%, respectively, indicating that the most common pore size in zeolite was the micropore, which is similar to the range of molecular movement in NOx [14]. In addition, the internal structure of the coconut shell activated carbon had many pores of various diameters (Figure 1c). The micropore, mesopore, and macropore distribution of hardened epoxy were 15.0%, 2.7%, and 85.3%, respectively, indicating that the most common pore size in epoxy was the macropore, which was 5.7 times larger than the molecular movement range of SOx and NOx.

3.1. Effect of Length and Density of Textile Fabrics

3.3. Effect of the External Environment on SOx Removal Rate

3.4. Effect of External Environment Condition on the NOx Removal Rate

K.-H.Y. designed project. J.-H.M. and J.-U.L. conducted the analysis of test results obtained this study. All authors contributed to the comprehensive analysis and conclusion. All authors have read and agreed to the published version of the manuscript.

This research was funded by the Korea Institute of Energy Technology Evaluation and Planning (KETEP) and the Ministry of Trade, Industry & Energy (MOTIE) of the Republic of Korea.

This work was supported by the Korea Institute of Energy Technology Evaluation and Planning (KETEP) and the Ministry of Trade, Industry & Energy (MOTIE) of the Republic of Korea (No. 20181110200070). 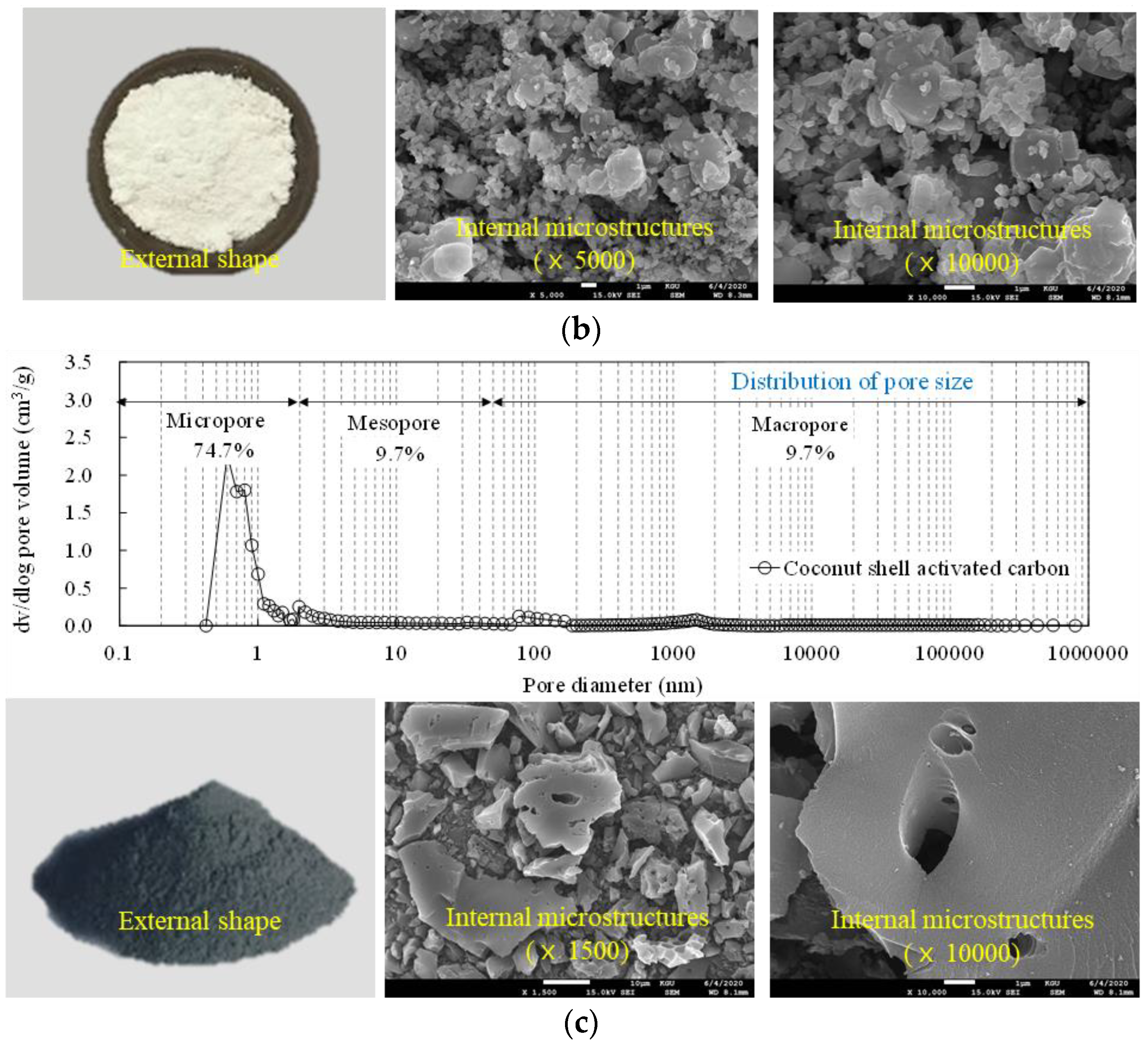 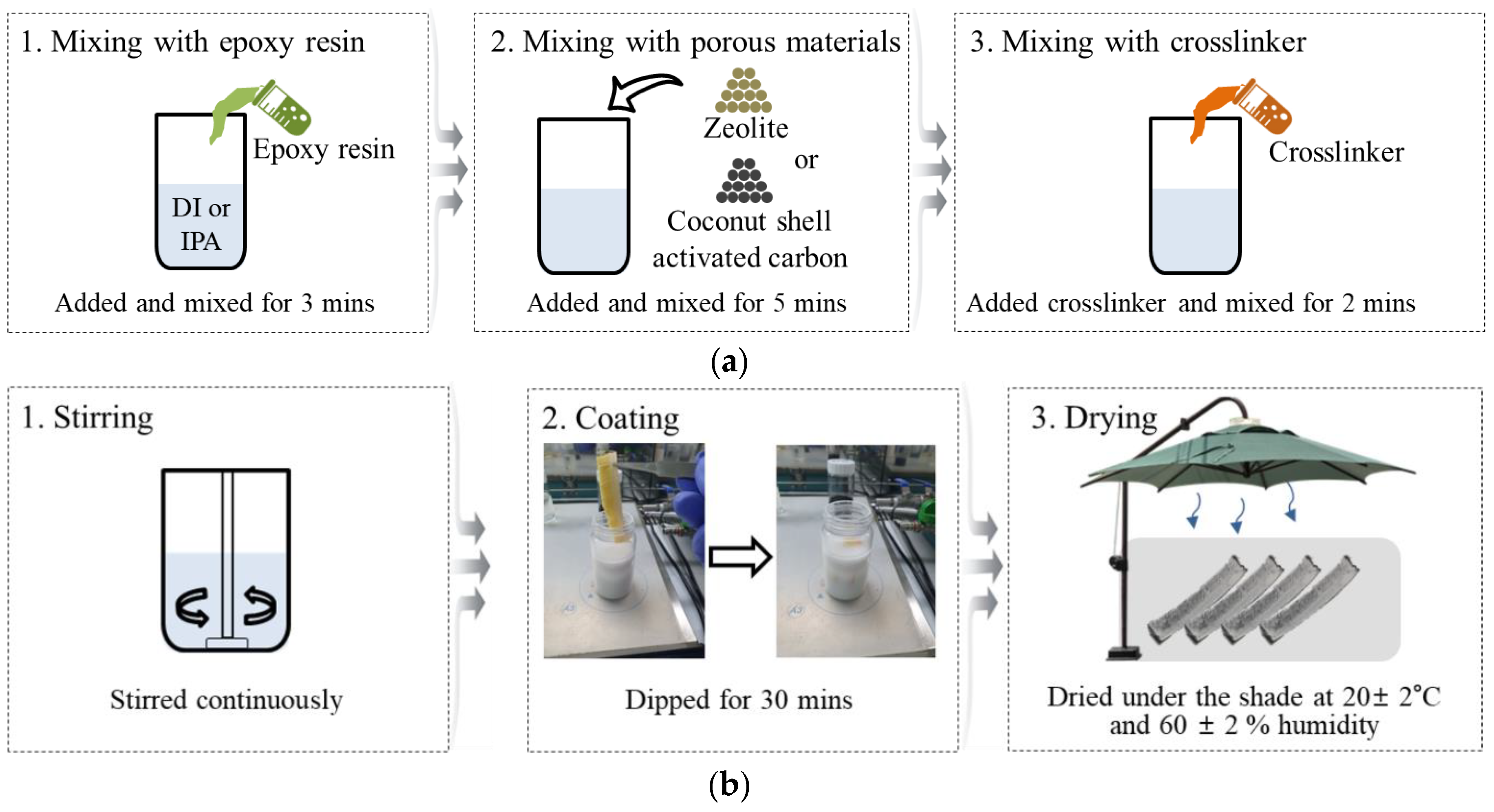 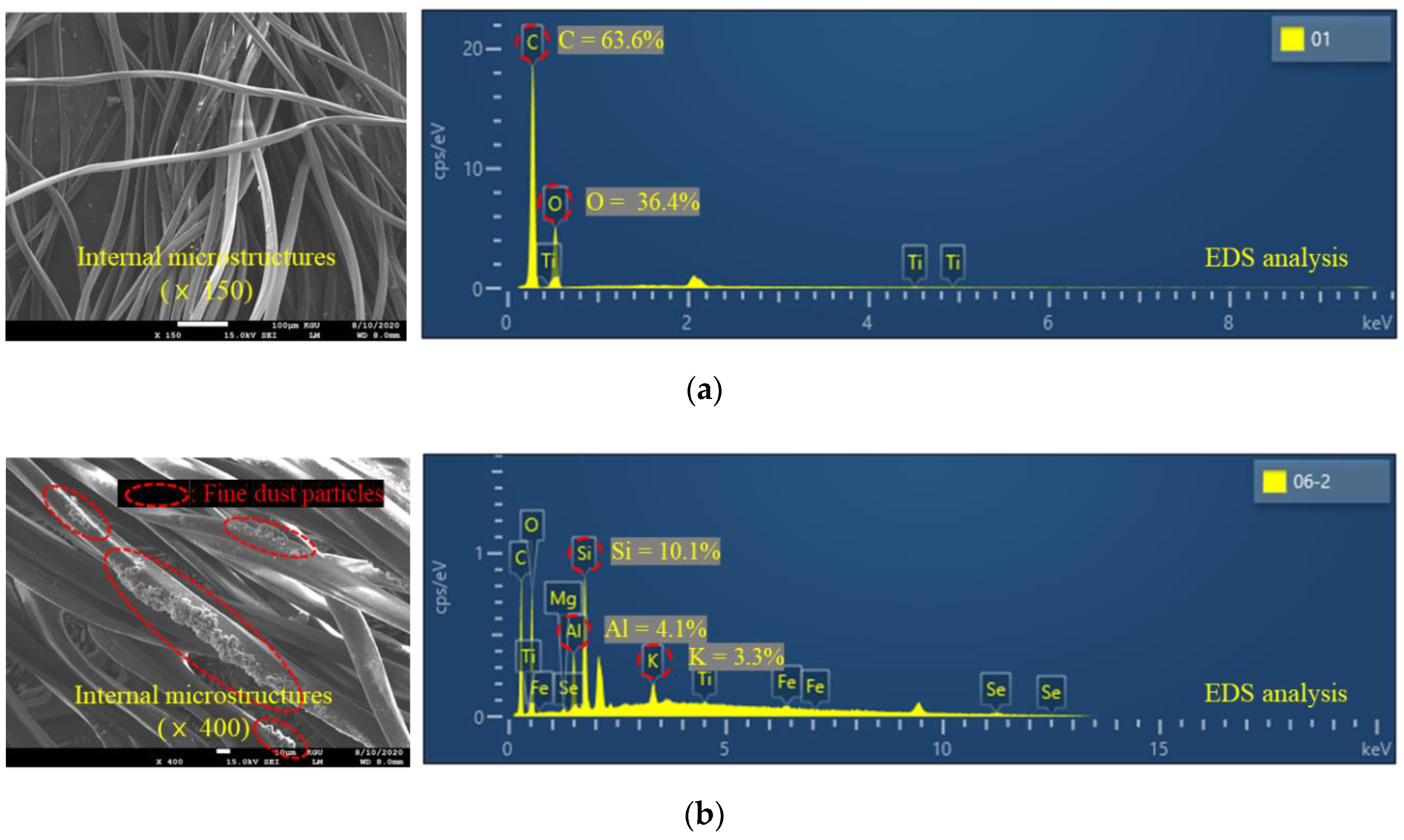 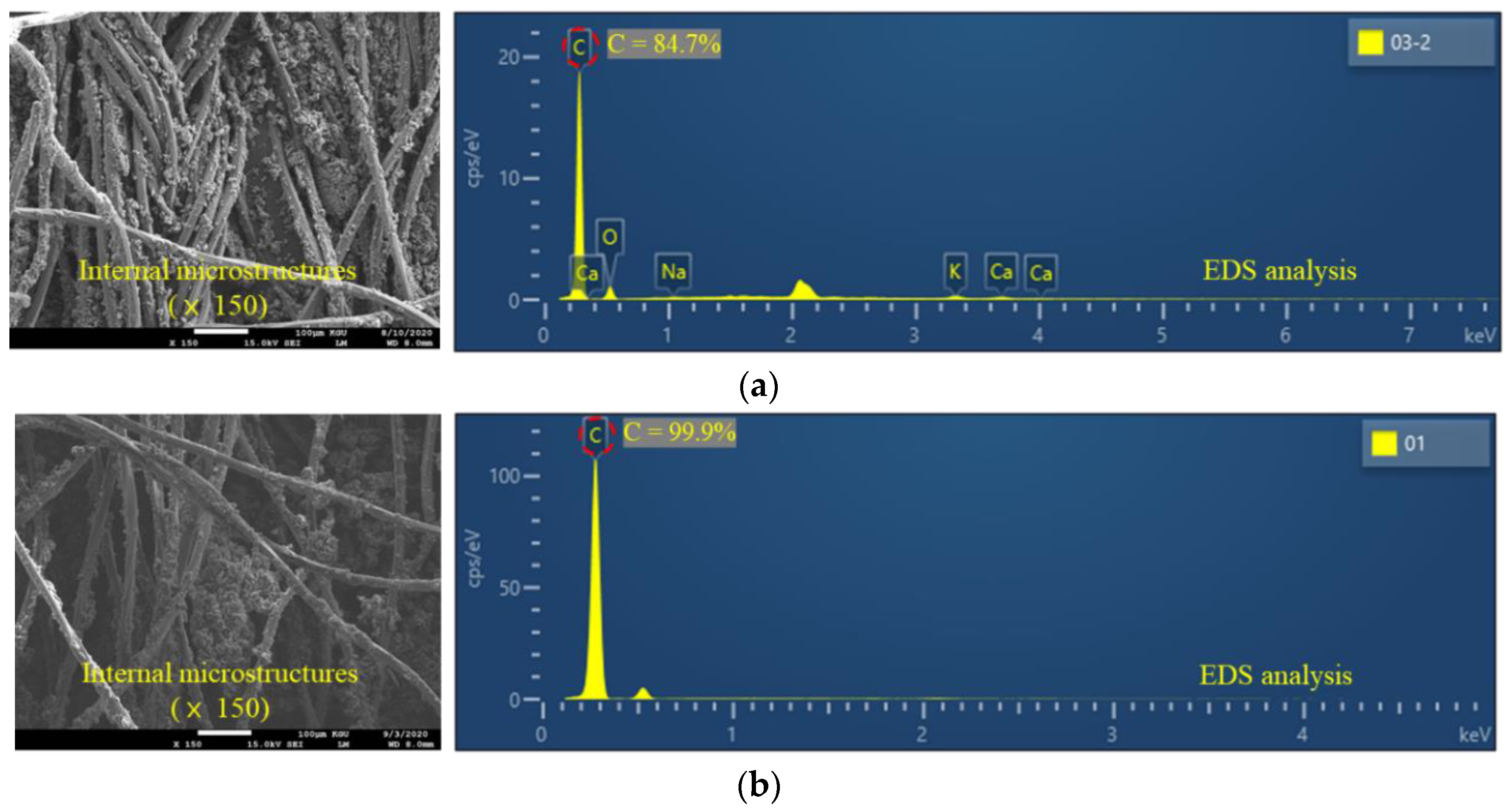