This work examined a new method of bi-directional static load testing for piles, referencing the Osterberg test. Measurements were taken, on a laboratory scale, using six models of piles driven into a box filled with sand. This method allowed for separate measurements of pile base and pile shaft bearing capacities. Based on the results, the total pile bearing capacity and equivalent Q–s diagrams were estimated. The results obtained show that the structure of the equivalent curve according to Osterberg is a good approximation of the standard Q–s curve obtained from load tests, except for loads close to the limit of bearing capacity (those estimates are also complicated by the inapplicability and ambiguity of a definition of the notion of limit bearing capacity); the equivalent pile capacity in the Osterberg method represents, on average, about 80% of the capacity from standard tests. View Full-Text
Keywords: pile testing; axial capacity; laboratory tests pile testing; axial capacity; laboratory tests
►▼ Show Figures 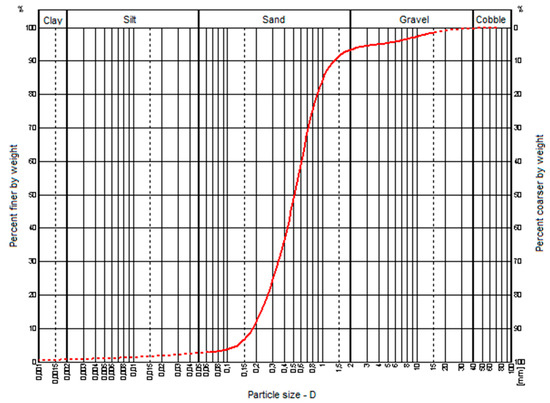