Pervious Concrete as an Environmental Solution for Pavements: Focus on Key Properties

Many methods have been introduced over the last 50 years to meet the different requirements of environmental impact assessment studies. Mentioned methods are explained, for example, in [16,17]. There is a need for a general and thorough approach to justifying, explaining, demonstrating, implementing, sampling, using, and creating real skills in analysis in any area of human society [18,19]. Most management decisions are concerned with the future; however, the future is usually uncertain [20,21,22,23,24,25]. The uses of risk identification, analysis, and assessment in relation to the environment have broadened considerably in recent years.
Guidelines of the European Commission [22] provide information on approaches that were selected from case studies and literature survey. These include scoping and screening techniques which predict the magnitude and significance of impacts and attempt to quantify them based on their intensity, frequency, duration, and character. Scoping and impact identification methods include:
Evaluation and screening methods include:
Techniques include:
The EIA process involves a combination of approaches [12]:
It is expected that EIA will continue to act as an effective tool to prevent the application of investments not only in Slovakia which by their degree of environmental damage vastly outweigh their benefits [23,24,25].
In this paper, the impact matrix has been used for the environmental impact assessment of small hydropower plants, and presents an overview, distribution, and classification of the impact of the projects on the environment by different criteria for the purposes of the evaluation. In addition, it also highlights the identification and assessment of the expected impacts of the construction on the environment. The presented impact matrix combines qualitative and quantitative methods: verbal statements which were transformed into the numerical values presented in Table 1. This assessment requires special attention and sensitive work with verbal and numerical scales. It used indicator values. This method consists of only a very approximate method, where by its value an indicator may represent a description of the analyzed problem.
The assessment was done by seven experts—the authors and three more people—the experts working in the field of SHP plant design and/or the assessment of environmental impacts of SHP plants, and one of them is working in the landscape ecology—the nature protection. They used the brainstorming method. They consulted the selection of the criteria and their impacts at the personal meetings as well as by e-mail communication.
The proposed EIA methodology involves a combination of approaches:
The use of proper EIA methodologies and procedures can help the decision-makers to manage proper activities based on qualified decisions [26].
In the following, the case study is presented.

The selected site for the proposed activity—construction of small hydropower plant—is located in the village Spišské Bystré, district of Poprad, Eastern Slovakia (see Figure 1). The study area is close to the High Tatras Mountains, where the High Tatras National Park is located (20 km) and near the Slovak Paradise protection area (10 km), but the selected site is actually out of any protected area. The municipality is located at an altitude of 674 m, has a population of 2394 and an area of 3787 ha. Bystrá creek is a right-bank tributary of the Hornád, which belongs to Danube River Basin and has a length of 17 km. The proposed SHP plant is designed as a run-of-river plant in river kilometer 4.0. The annual discharge of Bystrá creek is 0.42 m3/s. The discharge of 100-years return period in the site is 60 m3/s. Currently, the creek in that area has the character of unregulated water flow with an irregular trapezoidal profile width from 2.0 m to 6.0 m in the bottom and from 5.0 m to 10.0 m in water level. The proposal of a small hydropower plant includes a regulation of the river bed, which consists mainly of fortifications of the channel cross-section.
Three alternatives of the proposed activity were assessed (Figure 2):
Impacts on the environment are reflected by the effects of the water project, which in this case is the small hydro power plant. From the identification of impacts and their influence on individual components of the environment of the study area by the detection matrix, it is obvious that the most significant negative impacts during the construction activity will be from construction machinery, accompanied by noise, emissions, and dust. These stressors negatively affect habitats, climate, population and other components of the environment. The construction will also affect the soil layers as well as the quality of surface water. Direct negative impact on the environment during the operation of the SHP plant is not expected. For a comprehensive assessment of the expected impact in terms of its significance, nature, and duration, it is recommended to use the quantitative evaluation method. The assessment of the expected impacts of the proposed activity on the environment is presented as follows.

The objective of this paper is the analysis and evaluation of the environmental impacts of small hydro power plants by use of the matrix of impacts. The identification and evaluation of the environmental impacts include the health and social impacts to the population in the study area. The aim is the selection of the optimal variant of the proposed activity, using quantitative evaluation. In practice, there are many procedures and methods which can be used to identify and evaluate these impacts. In order to identify environmental impacts of the water structure, in accordance with valid legislation, we used a survey matrix method by which we specified the impacts of the activity on the components of the environment. This method increases the transparency and precision of the evaluation process, and also satisfies the requirements of the environmental impact assessment procedure. This approach can be applied to other infrastructure projects. Comparison of alternatives and selection of the optimal variant are implemented based on selected criteria and foreseen impacts of the activity on the environment. This method is adequate for the assessment of the proposed environmental impacts of SHP plants, although to confirm the results, the other (the alternative) method could be also used. Comparison of the variants revealed that Alternative 2—construction of SHP plant with bypass fishpass can be considered as an optimal variant because it reached the highest positive values. Not only from an economic point of view (which is the use of renewable energy sources), but also from an ecological point of view that involves the reduction of greenhouse gas emissions, the proposal of the optimal variant is beneficial to the concerned area. The benefit of the study is in pointing out the importance of environmental impact assessment of the construction before requesting a permit for the construction. Eliminating the negative effects of construction on the environment is far more demanding than the implementation of preventive measures, and it is therefore necessary to assess how the construction will affect operation of the proposed activity in the area. The use of the EIA process can help the decision-makers to select proper mitigation measures based on qualified decisions. The proposed activity in Spišské Bystré, Slovakia is used as a case study to exemplify the methodology.

Martina Zeleňáková prepared and edited the manuscript; Rastislav Fijko worked on the materials and methods section; Daniel Constantin Diaconu prepared the introduction section; Iveta Remeňáková worked on the drawings. All authors did the evaluation of the environmental impacts and approved the final manuscript. 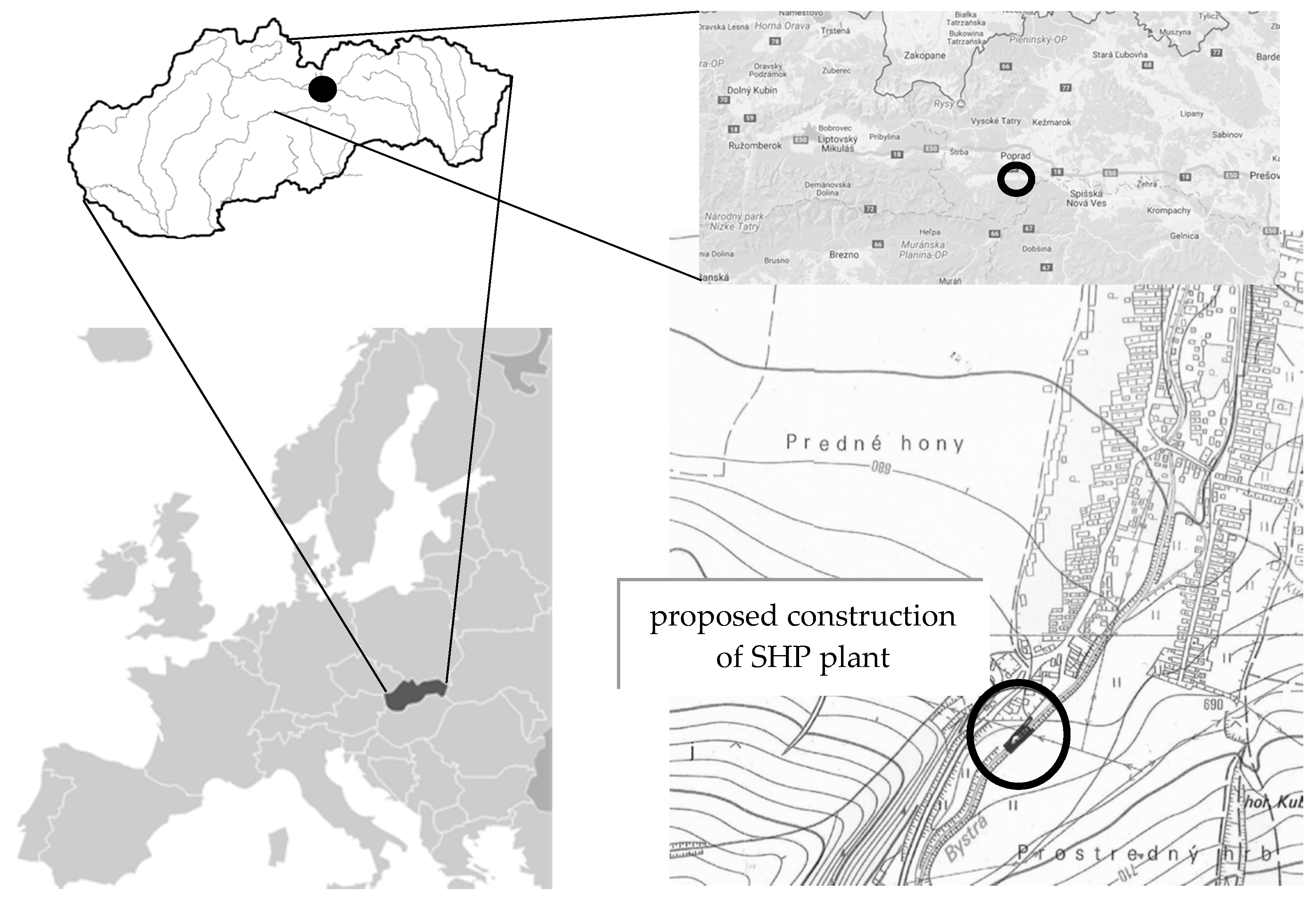 Table 1. Quantification of impacts and comparison of alternatives.
Table 1. Quantification of impacts and comparison of alternatives.
© 2018 by the authors. Licensee MDPI, Basel, Switzerland. This article is an open access article distributed under the terms and conditions of the Creative Commons Attribution (CC BY) license (http://creativecommons.org/licenses/by/4.0/).
We use cookies on our website to ensure you get the best experience. Read more about our cookies here.
Accept
We have just recently launched a new version of our website. Help us to further improve by taking part in this short 5 minute survey here. here.
Never show this again