Nanoindentation Studies of Plasticity and Dislocation Creep in Halite

Finite Element Simulations of an Elasto-Viscoplastic Model for Clay

In this paper, we develop an elasto-viscoplastic (EVP) model for clay using the non-associated flow rule. This is accomplished by using a modified form of the Perzyna’s overstressed EVP theory, the critical state soil mechanics, and the multi-surface theory. The new model includes six parameters, five of which are identical to those in the critical state soil mechanics model. The other parameter is the generalized nonlinear secondary compression index. The EVP model was implemented in a nonlinear coupled consolidated code using a finite-element numerical algorithm (AFENA). We then tested the model for different clays, such as the Osaka clay, the San Francisco Bay Mud clay, the Kaolin clay, and the Hong Kong Marine Deposit clay. The numerical results show good agreement with the experimental data. View Full-Text
Keywords: finite element; non-associated flow rule; elasto-viscoplastic model; clay; critical state finite element; non-associated flow rule; elasto-viscoplastic model; clay; critical state
►▼ Show Figures 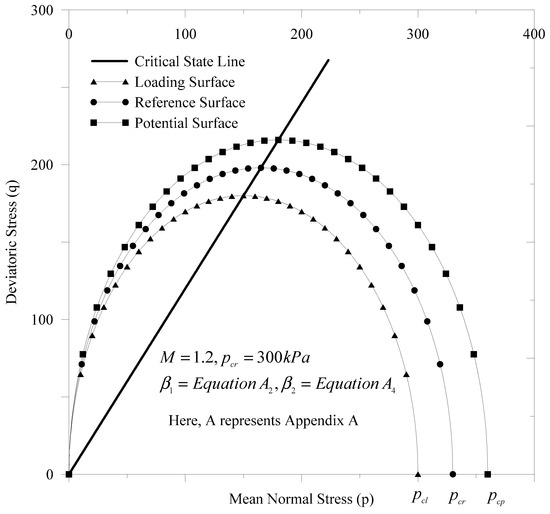