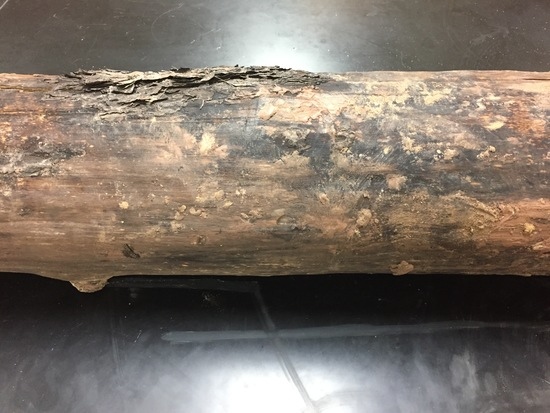 We were pleased to see the summary article in Geosciences on fossil wood by George E. Mustoe [1], which does a very nice job of illuminating general conditions and characteristics of ancient wood preserved in various geological environments, some of which we have worked on. Although the introduction states that the “paper provides a detailed review of fossil wood occurrences where tissues have not been mineralized”, it is not all-inclusive and falls somewhat short of this claim. It does, however, illustrate both a broad spectrum of circumstances in which this ancient wood is preserved and representative micro-anatomy of the wood. In the interest of accuracy, we respectfully offer a few comments provided below, which are intended to clarify or correct some minor aspects of what has been presented.

As the use of tree rings continues to expand to address important scientific questions, undoubtedly more research will enlist the ancient wood deposits such as those described by Mustoe [1]. In addition to new examination and analysis of samples already collected in past decades, new deposits are likely to be discovered and our understanding of tree growth, physiology, and anatomy will be applied to them to extract valuable environmental information.