:
Trigger mechanisms are proposed for gas hydrate decomposition, methane emissions, and glacier collapse in polar regions. These mechanisms are due to tectonic deformation waves in the lithosphere–asthenosphere system, caused by large earthquakes in subduction zones, located near the polar regions: the Aleutian arc, closest to the Arctic, and the Antarctica–Chilean and Tonga–Kermadec–Macquarie subduction zones. Disturbances of the lithosphere are transmitted over long distances (of the order of 2000–3000 km and more) at a speed of about 100 km/year. Additional stresses associated with them come to the Arctic and Antarctica several decades after the occurrence of seismic events. On the Arctic shelf, additional stresses destroy the microstructure of metastable gas hydrates located in frozen rocks at shallow depths, releasing the methane trapped in them and leading to filtration and emissions. In West Antarctica, these wave stresses lead to decreases in the adhesions of the covered glaciers with underlying bedrock, sharp accelerations of their sliding into the sea, and fault occurrences, reducing pressure on the underlying rocks containing gas hydrates, which leads to their decomposition and methane emissions.
Keywords:
Arctic; West Antarctica; permafrost; metastable gas hydrates; methane emission; glacier collapse; large earthquakes; tectonic deformation waves; Aleutian subduction zone; Chilean and Tonga–Kermadec–Macquarie subduction zones; trigger mechanisms

It is known that gas hydrates as solid crystalline substances can exist in sedimentary rocks under certain PT conditions, forming deposits inside the so-called hydrate stability zone (HSZ), which, for example, for Arctic land is located at depths of more than 200 m [1]. However, in reality, gas hydrates are often found higher along the sections of the sedimentary strata of frozen rocks up to the very surface of the Earth, in a metastable state. This state is realized as a result of the manifestation of the effect of self-preservation [2,3,4,5,6,7,8,9], when, in violation of the PT stability conditions, the process of dissociation of the gas hydrate with the release of gas and water quickly stops due to the freezing of water at a negative temperature and the formation of thin ice shells locking the released gas and preventing further decomposition of gas hydrate particles (Figure 1) [10].
The relationship between the gas hydrate stability zone (HSZ) and the zone of possible occurrences of metastable relict gas hydrates (hydrate instability zone, HUZ) in a continental permafrost setting is schematically shown in Figure 2. The depth range of the HSZ includes the lower part of the permafrost zone with a thickness of about 300 m. The HUZ is the portion of the permafrost zone located above the HSZ, where the previously formed hydrates exist due to the self-preservation effect. The evolutionary process of gas hydrate formation in permafrost was studied in a number of works [11,12,13,14]. This process, in particular, may be associated with the mechanism of cryogenic gas accumulation, during which the water-dissolved gas is released and accumulated in lithological and permafrost traps within the formations undergoing freezing. Further freezing leads to an increase in pressure in the trapped gas, and part of the gas transforms into hydrate. After the trap becomes completely frozen, the pressure gradually decreases and some part of the hydrate can decompose due to the self-preservation effect, forming a mixed gas accumulation in which free gas and gas hydrates coexist. In some areas of the permafrost zone (Timan–Pechora region, Eastern Siberia, the north of the Russian Far East, as well as areas of northern Canada and Alaska), the formation of hydrates in the upper layers of the frozen rock section could occur during the last glaciation epochs and coastal transgressions of the Arctic Ocean, producing excess pressure within subsurface formations, which contribute to the transition (from the gas to hydrate state). During the ocean regression or glacier retreat, the hydrate-bearing rock could become deposited above the top of the HSZ interval and form a metastable relict gas hydrate, as a result of partial decomposition and the self-preservation effect [1] (Figure 2).
Metastable gas hydrates located close to the surface will be sensitive to small additional stresses caused by various factors, since thin ice shells will collapse under the influence of externally applied stresses, creating opportunities for rapid gas filtration and emission [15,16,17,18]. One of the factors creating additional stresses in the lithosphere and its upper sedimentary shell may be tectonic wave deformation in the lithosphere–asthenosphere system, which propagate with velocity in the range of 10–200 km per year [19], i.e., 6 orders of magnitude lower than the velocity of elastic seismic waves and 6 orders of magnitude faster than the speed of movement of lithospheric plates.
It is assumed that a similar trigger mechanism for the destruction of gas hydrates also works in Antarctica, but taking into account the ice covering deeper sedimentary rocks containing gas hydrates. The destruction of these subglacial gas hydrates and the corresponding methane emissions can occur during the destruction of the cover and shelf glaciers, which can be initiated by the trigger mechanism of additional stresses in the lithosphere arising from the arrival of tectonic wave deformation in Antarctica caused by the large earthquakes surrounding the Antarctica–Chilean and Tonga–Kermadec–Macquarie zones.
The geodynamic concept of the trigger mechanisms of the decomposition of gas hydrates, methane emissions, and the destruction of glaciers in the Arctic and Antarctica associated with tectonic wave deformation caused by large earthquakes in the nearest polar regions is considered below.

2. Tectonic Wave Deformation and Trigger Mechanism of Destruction of Gas Hydrates and Methane Emissions in the Arctic

3. Correlation between Seismogenic Tectonic Waves and Glacier Destruction in Antarctica

4. Trigger Mechanisms for Accelerating the Movement of Glaciers, Their Destruction, and Methane Emissions from Subglacial Gas Hydrates

In the Arctic, the trigger activation of methane emissions began in the late 1970s of the previous century, when tectonic waves caused by large earthquakes in the Aleutian arc in 1957–1965 came to the Arctic shelf, having traveled a distance of about 2000 km at a speed of about 100 km/year for about 20 years. This process was associated with the sharp warming of the environment in the Arctic in 1979–1980 due to the greenhouse effect of methane emissions.
In Antarctica, the modern glacier collapse began at the end of the last century (and continues to date), mainly occurring in its western part, primarily the Antarctic Peninsula. The trigger mechanism of glacier collapse is associated with tectonic deformation waves caused by large earthquakes in the subduction zones surrounding Antarctica. Thus, the collapse of the Larsen A Glacier in 1995 and that of the Wilkins Glacier in 1998 are associated with tectonic waves from the great earthquake of 1960, M = 9.6 in the Chilean subduction zone. The collapse of the Larsen B glacier in 2002 and the repeated large collapse of the Wilkins Glacier in 2008–2009 southwest of the Larsen B Glacier probably occurred as a result of the arrival of tectonic waves from another large earthquake in 1966, M = 8.1. The breakaway of the giant iceberg A-68 from the Larsen C ice shelf in 2017 can be associated with the 1985 M = 8.0 earthquake.
The proposed seismogenic trigger mechanism for accelerating the movement of glaciers and the release of methane from metastable gas hydrates due to the arrival of tectonic deformation waves from the sources of the large subduction earthquakes in the South Pacific Ocean makes it possible to explain the climate warming and the ice shelves collapse in West Antarctica that began at the end of the 20th century and is currently continuing.
The mechanism of glacier collapse and climate warming in Antarctica considered in this paper does not negate the existing ideas about the influence of warm sea currents and atmospheric flows on these processes [62]. The proposed approach expands these ideas by including in the general analysis a geodynamic factor aimed at explaining the reason for the beginning of a sharp intensification of glacier collapse and climate warming in West Antarctica since the end of the last century and the intensification of these processes in the current century. The proposed mechanism also makes it possible to explain why the polar regions are heating up significantly faster than the main part of our planet, linking this fact with large emissions of greenhouse methane into the atmosphere in the polar regions. It should be noted that this geodynamic model predicts a further acceleration of the glacier collapse and climate warming in Antarctica in the near future due to an unprecedented increase in the frequency of large earthquakes in the South Pacific in the late 20th and early 21st centuries.

This study was supported by Tomsk State University under the program Prioritet 2030 run by the Ministry of Science and Education of the Russian Federation (conceptualization, problem statement), with partial support from the Russian Science Foundation, grant no. 22-67-00025 (investigation, formal analysis) and the State Assignment of the Institute of Earthquake Prediction Theory and Mathematical Geophysics RAS No. AAAA-A19-119011490131-3 (data acquisition and validation).

We thank the Editor and anonymous reviewers for constructive comments which helped to improve the manuscript. 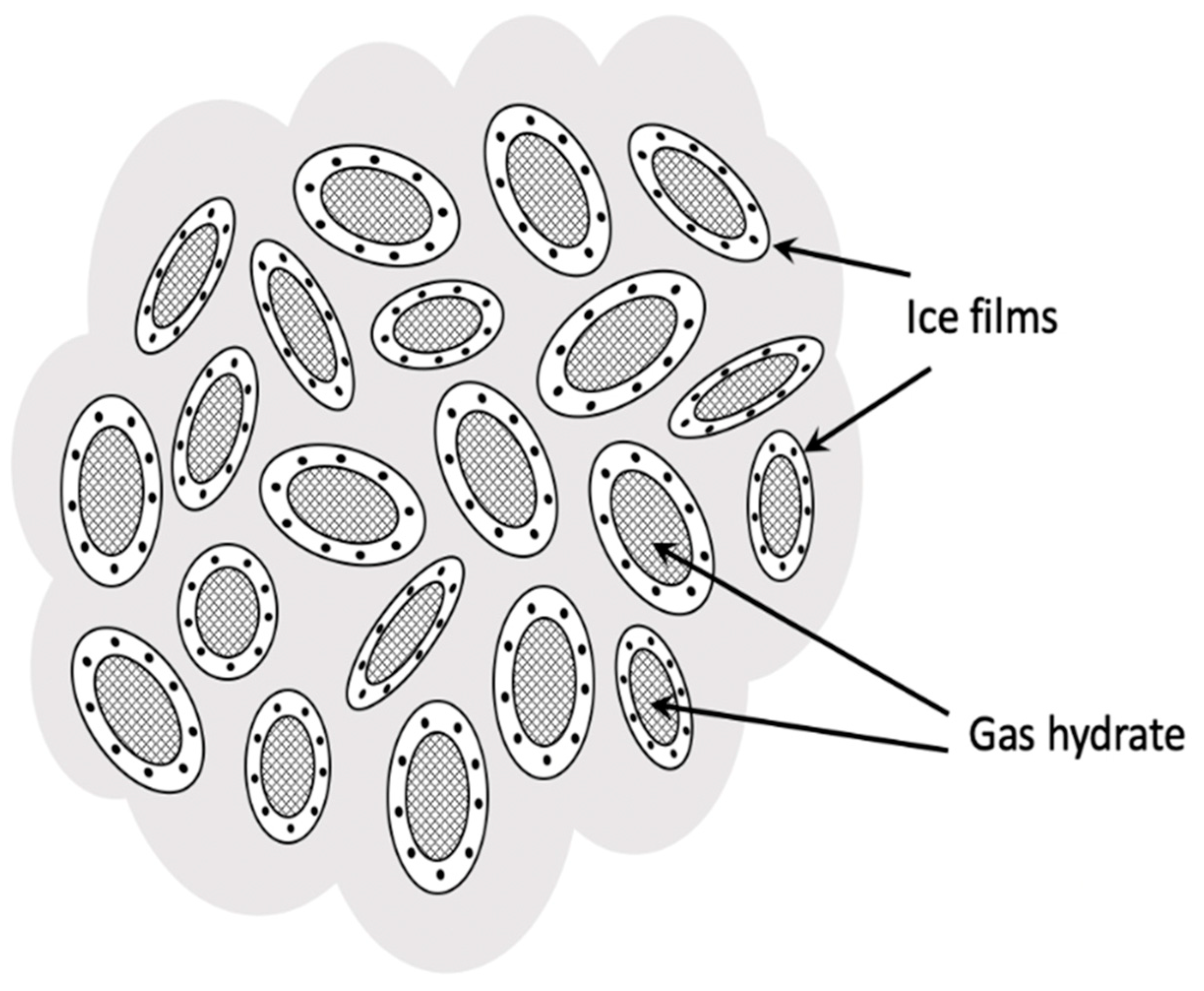 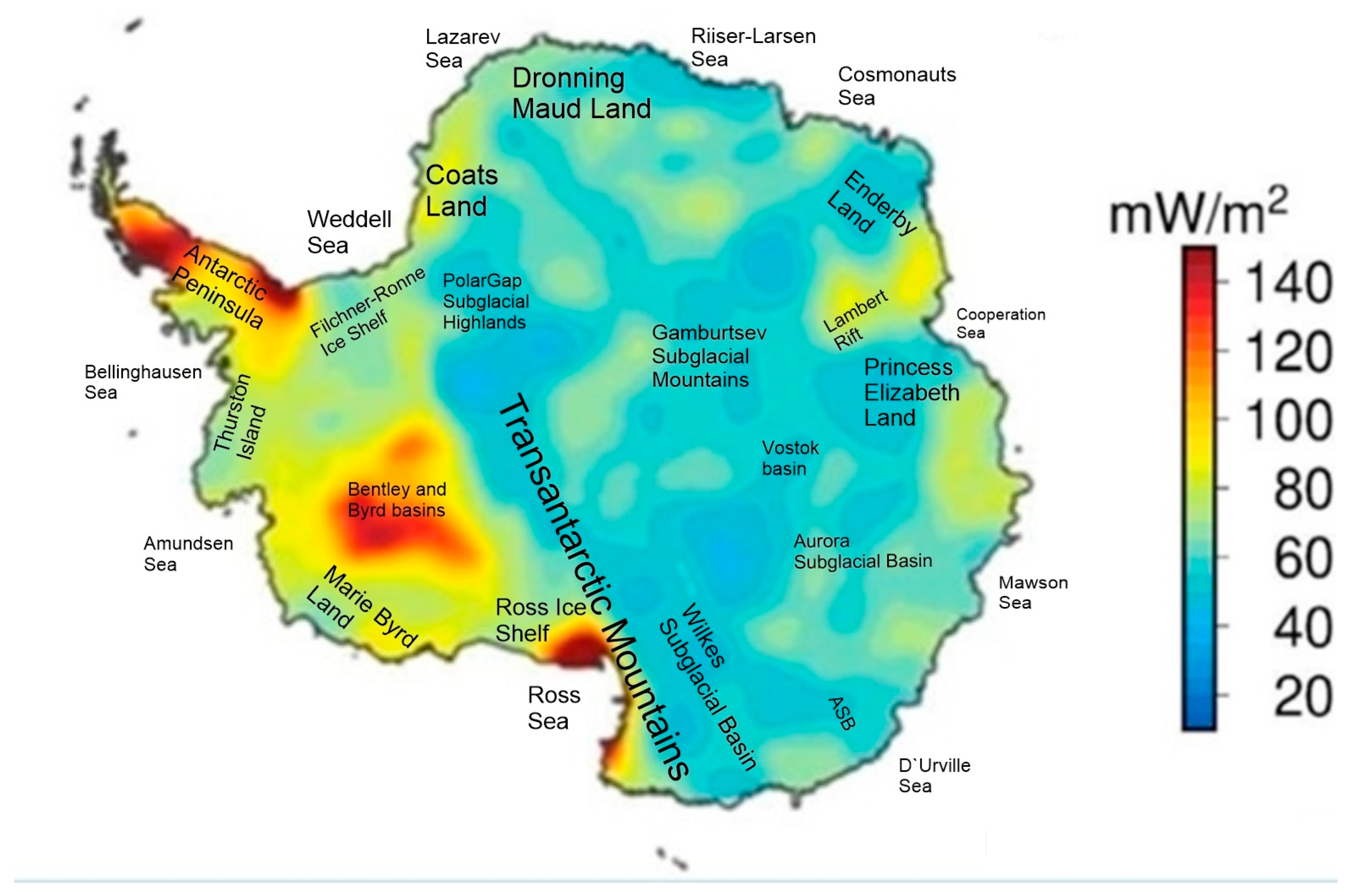